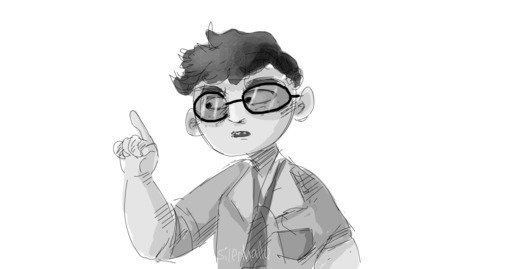 1 Read
1 Favorite
Get the App

I knew we were in trouble when the elevator shuddered on the 7th floor.  The elevator in my building never shuddered. It was the best run elevator on the planet.  I’m not joking. I know this because my dad was the guy who performed the maintenance on the thing.  So when I say we were in trouble, I’m not making this up. When I say we, I mean me and my partner, Shay.  She’s my age and we’ve been friends since, like, forever. And yeah, I know. A girl who is a friend why isn’t she my girlfriend?  That’s complicated and if someone asked Shay that question, they’d earn a punch in the face. Shay didn’t play around and she wasn’t subtle.  Ever. I was sweating and panicking on the inside while Shay was cursing up a storm in the elevator that had shuddered. I couldn’t see inside her head, but I could hear what her head was thinking...and they were not good words.  Bad words. Worse words. Words I had only heard rumors of existing. I shushed her out of the simple fear that someone in the heavens above or the hell below would strike us off the warm and fluffy Earth.

That’s a lie.  The Earth isn’t warm and fluffy. It’s a wild maniacal ride of doom.  And I hate it. As much as I hated the elevator in that moment.

I met Shay when we were in preschool together.  She looked at me during snack time, huffed over and plopped down across the plastic table telling me that my head looked funny.  I was like, two years old and I didn’t know what to say. I didn’t cry, not because her words didn’t hurt me but because my mom was tired of leaving work to come pick me up because I would cry at anything - mean or kind - it didn’t matter.

I didn’t cry because my mom had threatened to pick me up next time and then drop me off at a random bus stop and leave.  And not claim me. My mom wasn’t the nicest mom in the world but did love me enough. And by enough, I mean she got all my clothes fourth hand, bought nearly expired food, and had a pile of sheets to sleep in at night.  So when Shay told me I had a weird head, I just resolved to shrug her off and say, “Thanks!” only when you’re two you say things weird so I said, ‘Tanks uh-lot!” and she laughed at me. Only this wasn’t a mean laugh, or a making fun of me laugh...this was a different laugh.  She laughed as if she had known me my whole two years of life and I just made a inside joke or something we always talked about. It was like the sun was called down from the heavens and shoved into my heart. I don’t think I’d ever smiled that big and I don’t think I’ve smiled that big again.  She smiled back and said, “You can be my friend.” And now, ten years later we’re in the elevator, together, on our way up to go find out if Jeremy is cheating on his girlfriend. Oh, I forgot to mention. Shay and I are private detectives for hire. And we’re hella expensive. Most people can’t afford us.  But that’s ok. We have payment plans. I need new shoes, man. Gotta pay for those Lebrons somehow.

It should be noted, Shay loved the hunt.  And by loved, I mean she adored it like it was Justin Bieber, Leonardo DeCaprio, and The Jonas Brothers all in one.  I had always been a quiet kid, the one who sat and watched taking notes. Like a modern day Harriet the Spy - only I wasn’t as cool as Michelle Trachtenberg or even as cute.  Like I said, I had weird head. Both literally and rhetorically. Or is it metaphorically? We had been learning figurative speech before spring break hit and my brain was a bit foggy on the concept.

“If Jeremy’s cheating on Alexandra, I’m gonna punch him.  In the nose.” Shay nearly snarled and I nearly jumped. Alexandra was her best friend who was a girl and she fought for her like a Spartan soldier backed against a cliff.  We’d also been studying that this year and I felt pretty proud of myself for making at connection.

I stopped in the middle of the hallway and she skidded to a halt as I rolled my eyes and questioned, “You can’t go around punching everyone in the face, Shay.  Like, what if someone figures out your game and blocks the punch?”

“Then I kick Jeremy where it hurts.  Or use my knee. I have bony knees.” I didn’t disagree with her. I’d made her mad one time and she’d sent me a message through a physical connection that still gives me shivers and nightmares to this day.  Yeah, she’s not a subtle girl.

“What if they figure it out and wear a cup?”  I asked, grinning like a fool. She rolled her eyes.

“Then I install wear knee pads with spikes.  Why are you so opposed to Jeremy getting his just rewards?”

I wasn’t opposed.  I just didn’t know to fight.  Shay did. She’d learned with her six older brothers how to wrestle, punch, kick, and whatever other skills you learned to fight with.  I knew, if she got into trouble, I would be useless. I’d be in the corner, crying and fearing for my life.

I guess what I’m trying to say is that Shay balances out my cringe.

We got to the door to Jeremy’s apartment.  I was the surveillance expert of our team. I had worked hard through the harsh winter earning money shoveling walks and then spent the few weeks of sun doing whatever lawn work I could get.  If our team was James Bond, I would be the gadget guy. Only my name isn’t Q. It’s Archie. Yes, my mom thought it would help build character. No, it did not build character. If anything else, it has me seeing my school counselor every week or so to discuss why I hate my name and, sometimes, my mother.  But she’s long gone, so it really doesn’t matter.

I pulled out the wired microphone and slipped it under the door, clicking the power on and sliding the attached earbuds out - one bud in my ear and the other in Shay’s.  For a moment or two, we heard nothing. Just the ambient sound of an air conditioner struggling to keep the room inside cool. Then we heard Jeremy’s high pitched voice, the one that regularly made me shudder as if nails were being scratched, no, embedded in a chalkboard.

Shay shook her head, grimacing, “That voice.  Ugh.” She didn’t like Jeremy either. It didn’t help that her best girl friend had hired us to spy on him to figure out if she was being cheated on.  Where I had no opinion on the man, aside from his irritating voice, Shay had already convicted him of his crime and was itching to send the maybe innocent Jeremy to the electric chair.  Or the guillotine - depending on the varying moods of Shay.

I shushed her and returned to listening.  Jeremy’s voice was the voice and I couldn’t make out quite what he was saying, but it seemed to about a thing he had to do tonight.  And that he didn’t want to. I closed my eyes, and I could feel Shay’s eyes on me. She judged me. It was part of our relationship. Which was just friends, even if everyone else figured we were dating.  That was the joke in school, at least. Archie and Shay, together forever.

Shay covered her mouth in a silent scream.  My eyes flew open. We stared at each other for about 2.5 seconds before we pulled the microphone out and booked it down the hall and into the emergency exit to the stairs.  We were both breathing so hard, we could barely talk. Neither of us had the gift of cardio.

I didn’t believe it.  I couldn’t believe it.  Jeremy was talking about...murder?  Shay was standing next to me in the stairwell, her eyes darting wildey from the wall, to the floor, and back to me.  I wasn’t sure what to think. We were in sixth grade. Jeremy was an 8th grader. I knew the 8th graders were rougher than us but I never imagined this was even possible.  I slid down the wall until my gangly arms wrapped around my long legs and just whimpered silently. For her part, Shay just paced on the landing, muttering so fast I couldn’t begin to understand what she was saying.  Not that I wanted to. Shay’s mouth wasn’t the cleanest. And she’d managed to get herself in more trouble with her words than most. She never talked about it and I never asked - but there were rumors simmering around my best friend and her future at our middle school.  Shay is my best friend...but she never seemed to learn much from her adventures to and from the principal's office. Never mentioning it meant the peace was kept between us but it was always there, just underneath the surface. Not having Shay in the halls with me every day was in impossible reality to grasp.  That itself was enough to give me a few more panic attacks while I contemplated my slowly shattering world in the stairwell of my apartment. Shay stopped pacing and crouched down in front of me, her green eyes full of anger and determination.

I was miserable in my moment, “Is any of it worth saving?”

Shay rolled her eyes, “Everything is worth saving, Arch.  Everything and everyone. Come on, let’s save the girl.”

I growled.  Her optimism was in stark contrast to everything else about her, but I long ago accepted the oddness of my friend Shay.  She brought balance to The Force aka my life, so it worked out in the end.

Death is speaking. You should probably listen. 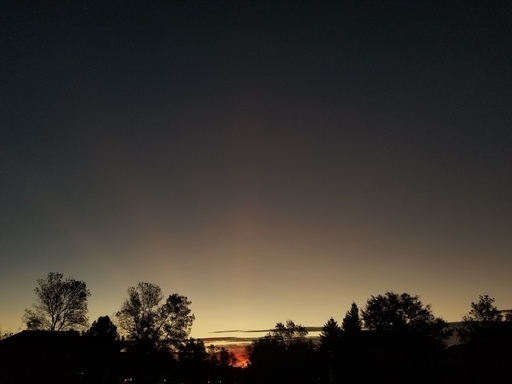 Two worlds will collide. The Old West and The New World of Steam bring two women together to save the world.

Peter Lately is about to discover that you can't run from that which haunts you.