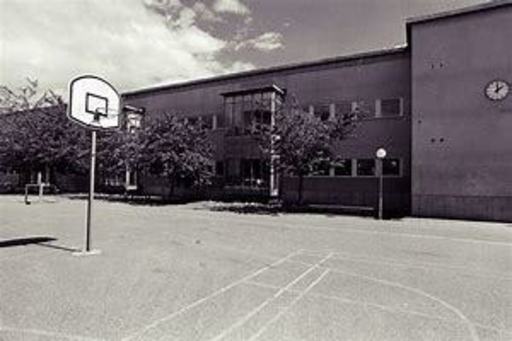 2 young girls in their school figuring out a secret

This  is about a young girl (called caitlin)  and her friend on a experience of a life time they have snuck into there school to find out what happens at night. these girls find a mysterious character who chases them around the school. they need to find out who this mystery person is so they can find out what to do with them. they get help from a teacher and an other student to help get rid of this spirit. Read  on to find out who the character is.

It was around midnight, Katekyn  and I were under the tables in our classroom, scared out of our lives. We saw it! It was like a shadow of like a teacher. it chased us all through the school, the sports hall, the dinner hall, all of the class rooms. I think we lost it in one of the technology rooms.
I have seen that figure before somewhere, I think it was yesterday it followed me home, my sister saw it too.it was on the streets and now in the school. what if its been following me. I have never seen something so terrifying.

​So we were walking and then we saw Dom Parkinson so Katelyn shouted him "Dom hi."