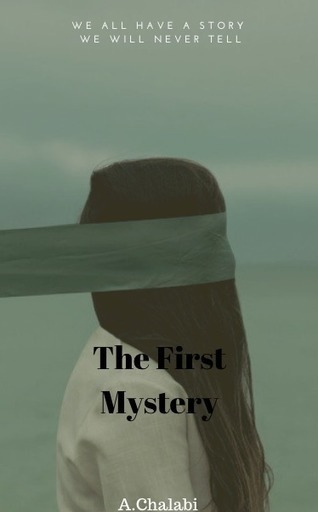 ALL INTO ONE BOOK...

2 Reads
1 Favorite
Get the App

There he lied, A man with the purest of heart and the whitest of bones. A man named John Spring, the 89-year-old man whose life was filled with misery. The story of John is full of mystery and sadness, I advise you stop reading or your whole day will be ruined, it all started when he was 12, A normal school boy that was bullied. You may think ‘everyone gets bullied’ but this boy wasn’t ordinary he was full of mystery and known as inconceible. This means invisible in the language Spanish, they called him this because he wasn’t noticed anywhere or to anyone, some people didn’t even know who he was or that he even existed. John had a secret, a secret that no one new about, that he was an orphan and had no parents. He had tried to escape the orphanage once but it didn’t work, twice still didn’t work, all night long he was trying to come up with an idea. He kept thinking and thinking but still no ideas of escaping until he heard ‘BEEP’, the fire alarm was going off and all the students were evacuating then he thought ‘this is the right time for me to escape’ so he ran through the corridors unenthusiastically trying not to get caught by the running teachers. He eventually ended up at the addict with the ladder to the roof. As he hesitantly climbed the ladder, he slipped down the ladder and blacked out. Two minutes later he woke up with fire everywhere and smoke gradually filling up his lungs. As he tried getting up he wasn't strong enough to lift all his weight so he brought a broom from next to him and helped himself up he ended up getting onto the roof safely without him getting hurt or injured.

John had found a family as he was growing up, they had taken him in from the streets because one day they had saw John walking and they asked him "whats wrong" John replied "i need a home" after that day john has had a place to live in and a family that love him. Its time for John to graduate high school, As he was walking to the stage to say his speech his hands turned cloudy grey, he covered his hands and said his speech then rushed off to the bathroom. His whole body was turning into a creature. Johns body was filling with anxiety and fear and his veins filled with adrenaline. John had a friend named Kevin that was obsessed with Ancient history so he went to Kevin and was looking for an answer. Kevin looked in every book and paper but couldn't find anything until he remembered the book under his bed about ancient spirits and ghosts. They found the exact matching description of what was happening to John. John had been born from a family with the genes of a enchanter or enchantress but hadn't known yet. The next day john went to the hospital and asked to do a blood test, he then waited impatient and nervous until the doctor waked out and asked to see him, the doctor then reached over to the side of him and grabbed a needle from the yellow tray, then they put the needle in johns vein and black and silver liquid  started gushing in the bag like and explosion, the doctor then stared at him with a scared expression and started yelling and running. He soon started to realise what he was turning into,

he was turning into a monster that was stronger than ever.

For two weeks john stayed in his room researching and trying to figure out what to do with what was wrong with him. He took medicine, he took as many things to try to make him improve but still no improvement was being made. At this point Kevin had thought he had found a way to get rid of it but he couldn't they kept trying and trying until they gave up. They were both annoyed that it didn't work so they went home. On the way home John went to the nearest petrol station and he bought and energy drink, he had run out of energy because of everything he had done today. While he was in the car he felt as if he wasn't in control of himself, he kept passing red lights and crashing into things like bins, mail boxes, and trees.

the next day at Kevin's house

Kevin formed a ring of salt around john and lit up some candles around him as well as some lit up sage. Then Kevin performed the ritual and got the creature out of him but during the ritual he had a vision that his 2nd kid will experience the same thing as him but he will not be an orphan. He had a vision that the same thing will happen to his 2nd kid but they will still be a family while this will happen to him. John ended up getting the demon out of him and lived a happy life.

John has gotten married and had 3 children, he is worried the vision will come true about his 2nd kid. His wife's name in Carla, his 1st son is Robert, his 2nd son is Alex, and his 3rd son is Tom. 2 nights later John and Carla woke up to the sound of Alex screaming loudly. He then entered the room and saw Alex in his bed and......

TO BE CONTINUED IN BOOK NO.2