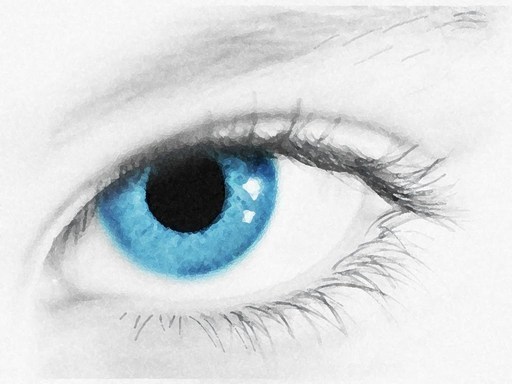 A man left heartbroken due to his wife's passing makes an extraordinary discovery when his gifted grandson comes to visit.

Blue eyes not unlike the ocean, but somehow, even more beautiful. Pale skin which I remembered fondly. My heart ached as I remembered my lost love, Mona, who in one week, will have been passed for 6 years. A few months after her passing, my grandson, Noah was born. During a time of such sorrow, Noah brought joy into many lonely lives, including my own.

Every day, I follow a similar routine. I wake up, I get ready for the day ahead, and I skim over the morning’s typically dull newspaper while drinking my cup of coffee. I often have doctors appointments in the morning, which are often visits with my cardiologist. In the afternoon, I pick Noah up from kindergarten and bring him back to my house, since his parents both work long hours. Last tuesday, after I gave him an after school snack, he took out crayons and paper. Noah makes the most beautiful pictures, which cover my refrigerator. I looked over Noah’s shoulder at his picture, curious as to what he had created this time. I froze. What I saw on the page was so beautiful yet utterly impossible. I was left speechless. His drawings typically depicted charming scenes of butterflies and rainbows, but this was quite different than anything I have ever seen. Right away, I recognized her eyes. It was my wife. His grandmother. Mona. I did not understand how he could possibly produce such a stunning image of someone whom he had never met, let alone even seen before. I asked Noah if he knew who that woman is. He said that she appeared in his dreams often, and he doesn’t know who she is, but he would like to, because she is beautiful and kind. I did not understand what had happened or how it had happened, but I had mixed emotions, and I knew that it had hit me hard.

The next day, when I picked Noah up, I was determined to learn anything I could about the picture. As I was preparing questions, I noticed something incredible. Every single child emerging from the school building was carrying their own version of the picture that Noah had drawn the day before. Noah was eager to tell me about the drawings. He said that they had all learned how to draw the woman in art class. He went on about how funny it is that everyone drew the same image that he had thought up on his own the day before, and what made it even more crazy, was that he had always imagined this woman, even before this. He told me that she was like a grandmother to him, even though she was not even really there. When we arrived at home, I went into my bedroom, and after a bit of searching, I came upon a picture of Mona, and I brought it out to show Noah. “That’s her!!” He exclaimed. “Do you know her too?”