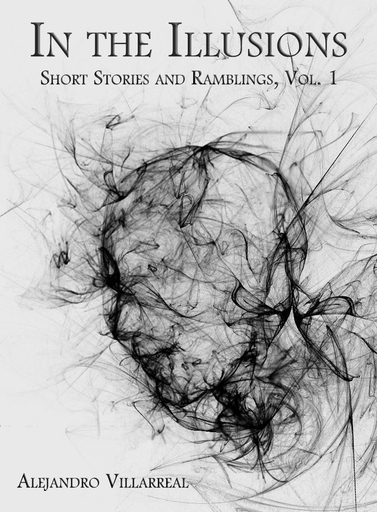 Among the writers, it is difficult to be in a limit point, because normally, writing need go to the limits of certain corners to know what you're talking about. Well, it has been just a couple of difficult years for your server, which is now digressing and telling stories (in a quite remarkable and marked with a red color that should offend your pupils are quoted). As this and other ramblings — along with those stories that I presume to have — they lie here patiently, waiting for you.

The truth, my dear reader, I find myself before you in this moment when you think "and now, how this dude want to tease me?"; as a spokesman who devoted several tears and calluses on his fingers to bring before you, this first volume of short stories. Stories that talk about me, about the world, about their beginnings and endings, but more than anything, about you.

This deceptive introduction really tells you nothing, noticed you've already had, but years I have been slow to write, in polish me and hoping that everyone involved in this volume, feel dignified, but, more importantly, immortal (even if it's) only during a second, a moment.

At this point, I give you a pleasant welcome to:

In the illusions: Short stories and ramblings, Vol. 1

And remember: Demons are revealed in all roads and all ways. Be careful when you travel all alone some night, you never know who you might find, or what ...

What this story tells, is not focusing on how it started, because it was a normal, typical beginning: one day you find yourself writing at your computer, located next to a window while your cigarette slowly consumes itself as in your lungs, as in the ashtray, and the waitress asks if you want more coffee; and the next day, there comes a fool to ask you if you lend your lighter. Sure, he has beautiful eyes black as the plumage of a raven, and a peculiar smile. What this unique history tells, it is how continued and — I think unfortunately, — ended.

It took a while (which, I believe, wasn't too much) to cope with the matter that he couldn't bear to be away from me. A boy who went a little bit crazy, and about his intelligence, it was considered more on what was the price to pay. But here I am, writing about it ...

As you may have noticed, I am dedicated to the art of writing, I have written several books and many short stories. But nothing like that unbearable love to understand why it is sometimes better to be away from, not some, but to many people.

It began that day, at the same table of the cafeteria where I used to spend my evenings writing nonsense. Some would sell millions, other that later would be films that critics would shatter; but, in the end, nonsense about my words. What began? Well... — as many third-rate writers call with a simple oxymoron and believe they have found the black thread in the history of contemporary literature — the beginning of the end.

"You don't know what I need, you've never heard me nor defended me," he said one day when the discussion that he had begun, was about to fill my balls.

"Of course I hear you," I replied with an indifference that could simply pass unnoticed as cruelty. But so much I cared what would he believe about me later when I continued talking: "But you know I can't defend what I don't think."

The black-eyed boy shot me an incinerating glance at the time and, as incinerating, I mean that the wrath of Lucifer could stay a little short. However, we're talking about a guy with black eyes, dumb as a rock and with a tongue as sharp as a soap.

"I knew it ..." he whispered with embarrassment ", you never believed what happened that night ..."

"No ... I've never believed you, I tried to give my support but never wanted it," I replied with the same indifference disguised as cruelty. Unfortunately, I could boast of possessing a glib mighty as a nocturnal tide in the Pacific. A treacherous tongue and, for obvious reasons, slippery and deceptive. A gift which I wasn't very proud of, because as much as I had the ability of seriously injuring any heart that would cross on my way, I would lacked the ability to have what is commonly known as a filter.

Pears and apples, folks. The balance somehow has to work.

Either way, he kept alleging; appealing for his credibility:

"You wasn't supporting me, you were daring me to prove what I had told you," he suggested with a hint of resentment, as if at that time, he was reliving that another discussion of long ago.

"If you want to see it in that way, then yes, I was daring you", I severely snapped: "And the more you strive to make us believe in you, the more unlikely it's your story. For the case, I said that I don't want to continue arguing this topic; you know we will not get anywhere. "

Through his eyes I could see one of the dragons from hell saying a friendly hello; indeed his rage was reaching absurd levels and yet — ironically — seemed to be insulted.

When he said that ..., I knew that I fucked up, but he had to know that at some point. Each time he told the story in front of everyone, and I claimed the fact that I didn't believe him, he was running like a complete idiot. He had to know how foolish he was considered for those who, like me, knew that only wanted to sleep with someone else.

So my answer was direct and, I must admit ... I didn't measure the consequences ...

His reaction was unprecedented but predictable. Whether or not what happened that night, his gaze and his aqueous eyes showed something real ... and I felt how it was running through my heart, scrutinizing and ripping intentionally. I observed that skin cutting edge slicing me in small portions ...

Wow that his feelings at that time were very real; and only until that instant, I couldn't see through those dragons, those hells and its devils. The real hells that he was going through  with shame, the devils who were making fun of him like a hyena with a bloody muzzle and with remains of its prey stuck in its teeth. Oh, yes, his glance hit me that hard, not in the balls or pride, but in my heart.

Perhaps, he really was abused..., I thought at that moment. But that even didn't stop me; the stabs that would always be stronger and more poisonous than anything he had the ability to say to me.

Yes, my friend, one of those mocking and scavengers devils ..., was me.

I twisted my lips, interpreting a gesture that said: Oh, sorry, but do you really thought that anyone would believe such a stupid thing?

"I don't look like you're a liar ... I think you want attention," I concluded. ". As you are doing now with this fight."

"Sure! Apparently you know what I want before I know it."

"Exactly," I said with the severity used before. I wanted to be cruel at the time, but I have never come to know why ". What you want is, that when you tell me those things, I have compassion to you, maybe pity;. And also, you just want me to say what you wanna hear ..."

And as he asked, I didn't continued talking, I knew that we would continue for hours without getting anywhere and he wouldn't stop talking shit, expecting that would make me feel bad. Ha, ha ... ha.

How pathetic..., I thought. I looked into his eyes again, hoping to understand what was going through his giddy head, but I didn't get nothing; so I just got up from the chair and went off the cafeteria without saying a word. Without turning my neck to see how he was seeing me leaving. My narcissistic part also participated in that discussion, however much it seemed otherwise.

It wasn't that I din't love him or not at the time ... is that my interests were different, and he didn't understood the magnitude of my desires. I was the one who ended the relationship, he no longer made me more attention and was very focused on my very shit — like fighting with him, for example. But shortly after, he had a kind of crisis every time he saw me. And it was really when I started to fear for him. For a moment I thought it would be like those stupid women who threaten to commit suicide if her boyfriend leaves them.

I kept meeting men, kissing them. I tried to cut the umbilical cord that tied him to me, but he just said: Do what you want. I never knew what that meant, so I usually did nothing. I did not seek long until a twinge of guilt made me feel a little headache, but very unbearable. And I looked. The result? ... Well, not too far from the beginning of the end.

For some reason I felt he hated me as much as he hated himself. I don't know why I didn't care ... I think that instead of asking why he hated me, I enjoyed his hatred, since I could write about that. In fact, he also was writing a book. A peculiar and equally absurd story that the other story that he was claiming to the sky and oceans that no one believed — I believe that, having written a book about the alleged abuse, would have been more credible. He even finished writing his first book before me.

Unfortunately, I think some eternal loves are not meant to be so eternals.

Enough (as he would say) of the past! It's time for some of the present:

I realized as a writer, and I was fortunate that the first publisher I visited was the one who gave the call — coveted by countless writers — to announce that my book would be published. The book became a bestseller and soon would launch the adaptation to the big screen. I am single, waiting for someone like him doesn't resubmit in my life ... ever. I still go to that cafeteria that inspired me to write and I will dedicate myself to that, because I love to write — as you may have noticed. 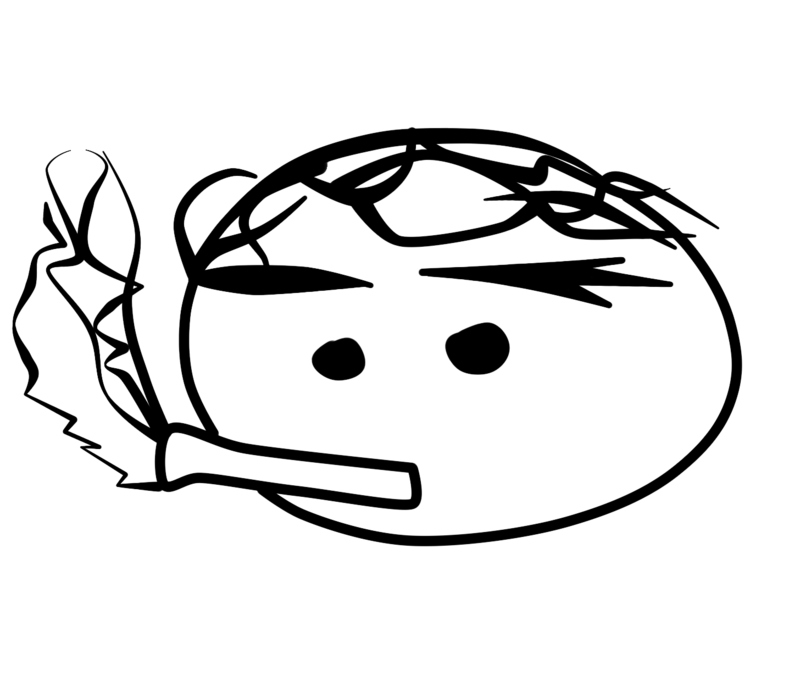 End of the Preview.

Thank you so much for taking some of your time to read my book, I completely appreciate that!! But, wanna read the rest? Don't worry, you're only a few clicks away!

You can find this book on Amazon.com or Amazon Kindle with a special price.
Or, if you prefer, it's also available on iBooks Store! 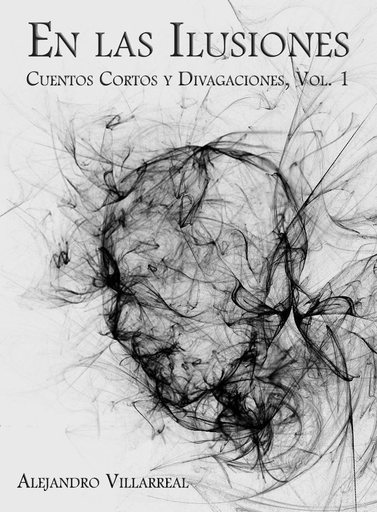