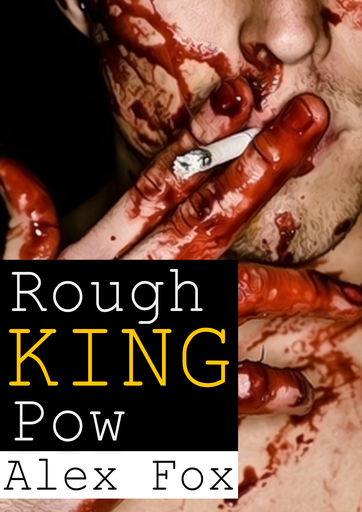 This book is about a man called Clyde, he gets abducted by a gang of drug dealers in order to use him as a hypothetical puppet. They make him act like the boss of the whole operation in order to keep the real one safe.

"Keep going," John urged, the words barely escaping his mouth. "You're not paying for Russell's shit anymore, you're paying for the best." "I'm still going aren't I?" the man said bickering under his breath. John wasn't sure exactly how much he was supposed to be paying, he just watched him count note after note out, occasionally glancing over at Chuck. Chuck was supposed to give him a sly signal when there's enough on the table, otherwise John wouldn't have a clue. It's not that he couldn't count, it was simply because he could not concentrate on more than two things. and since one of them was taken up by trying not show any emotions, he thought best to use the other on Chuck.
The air was thick. It felt like he was breathing for two people at once. One of then being John, and the other, Dragon, the King Pin, the ruler of everything illegal. The thought made him nauseous, so he tried to think about other things whilst he glanced down at the table, only now the money had stopped piling up. He looked towards Chuck for clarification but he only looked both puzzled and angry. "That's not enough!" John screamed. The man looked up, without a glimpse of fear in his eyes. "I say it is," he said with a grin spouting at the side of his mouth. "You don't get to decide that!" John bellowed, trying his hardest to sound angry, yet a little quiver ended the sentence.
It was as if it leaped out of his mouth and danced around on the table, knowing it was impossible by this point to deny the slight tremble at the end of his sentence, he instead tried to simply ignore it. "Keep counting," John said slowly yet menacingly. "Are you nervous, friend?" the man said with what was now an obvious grin on his face. "What?" John replied, knowing exactly why the man asked him. "Why would you, a man like yourself, be nervous about a little thing like this? That's not like most places I go to." John had a feeling the man had learnt the truth. And if that was the case, he was in trouble. He had one shot only, he couldn't mess up. "Listen to me buddy, I don't give a fuck about any other place, all I care about right now is getting the right amount of money for all the drugs you're planning on taking home with you. So let me tell you something right now, either you keep on counting your money on to the table, or I'll claw off your dick and fuck you up the arse with it, do you understand?" The mans smile suddenly whipped from his face, almost quicker than John's grew on his.
He looked up at Chuck, to see him smiling with what looked like excitement. He had done it, it was a situation he didn't want to go any further, and he appeared to have stopped it, however when he looked down the man had once again stopped counting his notes out on to the table.
"Are you deaf, or just stupid?" John asked. "What I find really confusing, is why the boss of the operation, would constantly look towards another for assistance. Are you new to this?" The man asked. John went numb, he couldn't respond. He felt like he was wearing a costume and it had froze still, and no matter how much he tried to move, nothing happened.
John looked down at the man, he saw one of his hands in his pocket. Before he could bring himself to say anything, he felt a sharp agonizing pain shoot upwards from the bottom of his chin. He gasped for air yet couldn't get any, something was blocking the way, and although he was in such tremendous pain, he finally felt loose, like all the stings attached to his arms and legs had snapped. No more pretending. No more fear. No more Worry. No more anything. He felt himself fall back, slowly he drifted through the air, and what felt like a smile ticked onto his face. At last. It was over.