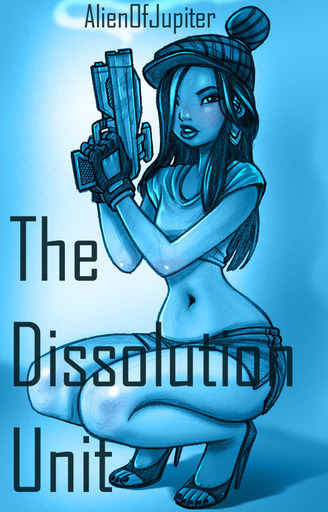 The human race is on the brink of losing the world to an alien species, who has taken control of every continent but Australia. In the Capitol, where the president and his advisers rule the last of the humans, a desperate plan is re-hatched in a last-ditch attempt at victory. The Dissolution Unit is set back into motion. A super-assassin is cloned and released, armed to kill, and given the mission of taking out high-ranking enemies. But the situation quickly darkens when those in charge realize the clones aren't quite as they should be - and the original, Carina, is the only one capable of taking them down.

66 Reads
1 Favorite
Get the App

A/N Cover art is by EddieHolly on DeviantArt and I use it with her permission. She's very talented! Check her out!

It had become a world of fluid.

Blood, sweat, acid rain, tears. Something needed to be done to repair the damage, but now it was too late; the situation was irreversible. Only one person remained convinced there was still time.

He sat at the round table with his hands folded and his back straight. There was something about his jawline that spoke harsh cruelness, a strength that made those who saw him shudder inwardly. It took only a brief glance to know that this man had a heart of darkness and cold steel.

Not surprisingly, every eye in the room was focused on him. One might expect that his voice was powerful and deep, but in fact he spoke in light whispers, his words hoarse. It was rumored he had unilateral vocal cord paralysis, which led to his weak voice, but no one ever dared to mock him or mention it. Few decisions a person could make were as unwise as to offend a powerful and merciless man.

There were four other people in the room, two men and two women. While their status was technically as high as the first man, there was a certain fear and respect that gravitated toward him. It was an unspoken hierarchy, only acknowledged in actions, never in words. The man sat alone, with the four sitting close together on the other side of the table, pretending the space didn't exist.

The two women sat beside each other, flanked by the two men. All were fit and wiry, with thick muscles and eyes of those who had seen one too many deaths.

The woman on the left, with her tightly bound up brunette hair and her scarred hands, always believed in her heart that one death was one too many. It made her uncomfortable to know she was sitting in a room with killers, and that she herself was a killer. She remembered being a child, playing with dolls and getting scolded for muddying her pretty dresses. The past was in stark contrast to the present.

To her right was the other woman, a tall and willowy battle-worn warrior who commanded the ground troops of the Capitol. She was a perfect and flawless figure, and men would stare at her with lust as she walked passed, although few were foolish enough to try their luck. It was a well-known fact that she preferred other women and wouldn't put up with the unwanted advances of men. She was a familiar face in the local brothels when not training her troops.

The man seated to her right felt distinctly uncomfortable being so close to her. The two had shared an awkward moment a few years ago when she'd knocked him out cold after he slapped her ass, and he'd never regained his confidence around her again. He was just glad she didn't seem to harbor any particular ill will towards him; in fact, she ignored him completely.

He was used to the easy and weak girls who lived in the Capitol, where he worked as the treasurer. Girls didn't tend to reject him - not when they knew he had access to all the President's money - and they certainly, most definitely didn't hit him. In some strange way, though, it had only made him want her even more. The unobtainable was always much more appealing to him than the things he could get with ease.

On the opposite side of the women sat the other man. He was unusual to look at, tall and thin with long dark hair and angled dark eyes. His fingers were laced delicately together and were long and bony, but had a certain strength apparent in them. His cheekbones sat high on his face, and he was an entirely attractive man - until he opened his mouth.

While he was impossibly intelligent, a leading researcher and inventor of weaponry for the Capitol, he could be sickeningly dense when it came to interacting with other people. He was, however, relatively aware of this fact, and for the most part simply listened unless he was directly asked for input on something.

For the moment though, all four were silent, absorbing the words of the older man, dumbstruck.

"A-Are you sure?" The woman on the left said, squeezing her hands together until her knuckles turned white. "I mean, it's risky..."

All four of the others resisted turning to look at each other in confusion and horror for fear the man would see their look, but inside they were all equally shocked.

The commander of the ground troops could tell both the men were too afraid to voice their opinions, so she spoke up.

"Sir, what you're proposing is not only incredibly dangerous but if the public found out it would cause an uproar. There would be riots in the streets, people would be killed. Plus the risks, you say we have nothing left to lose but -"

"But?" The man interrupted.

She snapped her mouth shut and watched him in silence as he raised his eyebrow.

"I thought you all understood...how close we are...to losing this war. Our troops...die every day...and they kill less than are killed. We have only...got this continent left. They're taking our planet...they're taking our lives. We have to stop them...or else there will be nothing...left. I am telling you...this is the only way."

"But sir..." She knew she was pushing her luck, but as one who spent all day commanding idiotic and dense young men, she was used to speaking her mind. "What if it backfires? The last time someone attempted this...we might have won the war by now if that hadn't happened. We lost Mexico because of that."

His eyes bore into hers, but she refused to look away. What he was suggesting was a dangerous and desperate tactic, and it didn't sit right with her. And yet, despite her fear that he was going to be furious with her for arguing with him, he instead flashed the briefest of insincere smiles she had ever seen in her life.

"You do raise a good point...Commander," he said. "But I have already thought...it all through. If we don't do this...we will lose Australia...we will lose the war...and we will all die. But then again...you already know that...don't you?"

It was the horrible truth. All four of them knew how close they were to losing the war. Their troops were dying in numbers tenfold to how many they were killing; they were running out of aircraft and ships; their resources were getting dangerously low. Loss was a certainty, the only thing that meant anything now was how long that would take.

Unless the man was right. Unless his plan could truly work.

A moment of silent agreement fell over the four as they realized that he was telling the truth; they really had no other option.

"We have to reinstate...the Dissolution Unit," the man said, his hand reaching involuntarily to his throat as he rasped out his words.

The air seemed to go cold and stale, even though it was only the four's imagination.

Times were rough; it was their only option. But it was like trading their souls in exchange for their lives. Was it really worth it in the end? But the truth was, that though it could possibly backfire in their faces like it did in the past, it could also mean victory. Victory and finally pushing back the enemy at their gates and perhaps even standing a chance at survival.

One by one, the four agreed solemnly, and departed once they were dismissed, leaving the man alone.

He leaned back in his chair and sighed. Only two things in the world gave him any pleasure any more; one of those things was sitting at his table watching four of the most powerful humans on Earth squirm under his gaze.

His throat was sore from talking. Easing himself from his chair, he walked across the meeting room and through the hallways, going to his apartment in the Capitol building. As a close adviser to the President, he had luxurious and spacious rooms and everything he could possibly want at the push of a button. One button in particular, right next to his four-poster canopy bed, had worn down on the surface because he had pushed it so many times. It was comforting to his finger to meet its surface once again.

Barely a whole minute later, once he'd settled onto his bed and removed his shoes, a girl entered the room. Though she looked human, there was something distinctly perfect about her. She was, in fact, genetically modified, created in a laboratory by a long-dead secret government agency. He'd bought her prior to the war and though he'd aged nearly forty years since then, she still looked as fresh and beautiful as she always had.

"Good evening sir," she said, her voice silky smooth. "How was your meeting?"

"Shut up," he wheezed out. He didn't want to talk, he didn't want to hear her talk. He just wanted her company; she was the other thing in the world that could still give him pleasure.

Leaning back on the pillows, he pulled her onto his chest and she trailed kisses down his neck and along his collarbone.

The Dissolution Unit was back; he would have to make the most of her while she was still his. 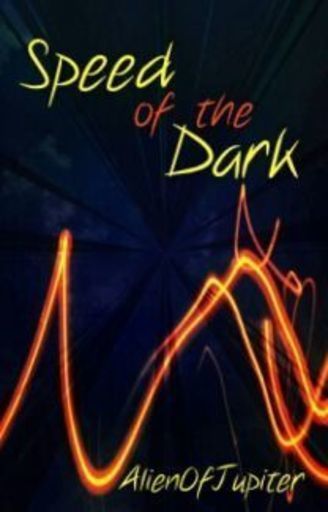 Speed of the Dark

Raven has a bit of a problem. Her best friend's little brother, Timothy, has convinced her to test out his latest invention. Bored and believing that the nine-year-old couldn't possibly have invented a time machine, Raven agrees, and her foot couldn't get any further down her throat when she finds herself stuck a whole year in the past. He warns her not to touch anything from the past, but Raven quickly finds she has bigger problems. It turns out she isn't the only time traveler, and there's a group of people who call themselves the Time Police, dedicated to protecting the past from marauders - and she's just landed right in their sights.