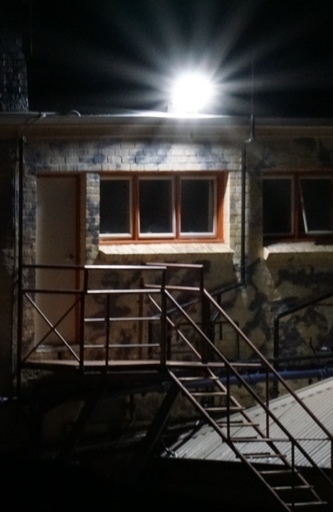 Everyone knows about superheroes. They’re powerful, indestructible, awe inspiring and have a knack for saving the world. Less well known are the sidekicks, the loyal ones a step behind, catching their breath.

45 Reads
6 Favorites
Get the App

Jennifer wasn’t a superhero. She was an accountant, a sister, a daughter, a science fiction buff and a brown belt in karate. By all appearances there was nothing remotely remarkable about the 30 something Sydney woman of medium build and height; brown hair dyed an office-appropriate shade of auburn, hazel eyes requiring a mild prescription for things to be a little less blurry.

With a groan, one hand clutched to her side in a feeble attempt to will the pain away from her bruised ribs, Jennifer struggled back to her feet. The pavement had been harsh on her bare knees and arms, the scrapes stinging as sweat worked its way into the abrasions. Sparing a bleak thought for the horror of wiping those down with antiseptic when she made it home, she stumbled over to the warehouse doorway out of which the thug had emerged. The asshole had long since fled into the night and finding her friend was a more pressing issue.

The warehouse was about as exciting as a car-parts warehouse could be, weak fluorescent lighting revealing lines of shelving overladen with pallets and cardboard boxes. Choosing a row at random she moved as quick as she could, impressed that her legs were even willing to manage a shuffling half-jog half-walk, all the while listening for any sign of fighting or pain. Given the warehouse should have contained an entire gang of lowlifes, the silence was a little worrying, but only a little. It’s not like she expected her friend to be in trouble, not exactly.

Emerging from the forest of cardboard and metal Jennifer stopped, heaving dusty air into her lungs and attempting to process the scene before her as quick as her frazzled mind could.

“Are they dead?” Her words were directed to the woman standing over six prone bodies.

Her friend turned to her with a sheepish look on her face. “No, although that guy with the face tattoos isn’t far from it. Creep licked his lips, ugh. You know I hate that.”

Kate was a foot taller than Jennifer and looked every inch the swimsuit model; all tanned skin, long legs, sunshine blonde hair, sky blue eyes and a dazzling smile. In short, she was textbook gorgeous. They’d been best friends since high school and Jennifer had long since gotten over any insecurity about her own looks in comparison. It helped that her friend was also a contender for the nicest human being in the universe.

“Of course. Nice work Katie.” Jennifer huffed out a relieved laugh, glad that they wouldn’t have to deal with corpses as part of the cover up task.

Something about her face must have shown the amount of pain she was in because Kate was suddenly there by her side, a supportive arm sliding around her waist and worry in her brilliant blue eyes.

“Shit, one of them got through to you? I’m sorry Jen.”

The guilt in her friend’s eyes was the last thing Jennifer wanted to see, knowing it would just start the usual argument. “Not your fault, prick was carrying a plank of wood. Who even does that?”

“Oh my god.” The guilt was replaced by horror and Jennifer knew there was a lecture coming. “You should have stayed in the car, what if-”

“Hey, Katie. Can we talk about this at home when there isn’t a bunch of unconscious mobsters to deal with?”

Kate bit her lip, obviously not entirely willing to let the matter drop, before nodding and guiding Jennifer over to a stack of crates.

“Fine, sit here a moment I just need to wipe my prints off that metal thingy and we can go.”

“Oh. Right. Who knew bits of car would be handy in a fight.”

The injured woman smiled tiredly and watched as Kate wiped a cloth over the large metal pipe and set it back on a shelf as if it was made of paper. “Who knew. Guess I’ll add junk yard to my list of birthday present ideas.”

Jennifer wasn’t a superhero. She was just a sidekick to one.