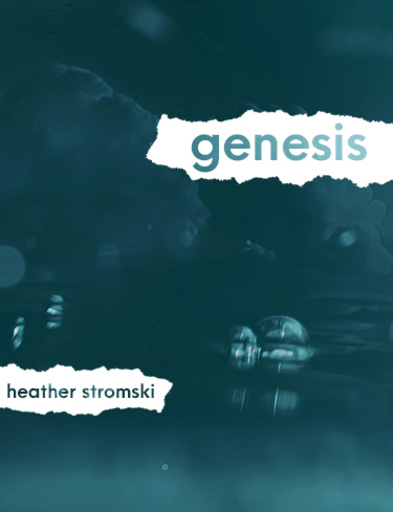 One night changed Christelle Amity's life forever. Now it's time to take it back and reshape her world, but what she'll become isn't what anyone expects, least of all herself.

18 Reads
1 Favorite
Get the App

The memories of her early childhood were hazy, viewed in her mind's eye like old shows watched on an ancient television set in desperate need of a good cleaning. She thought she might have been happy then. There were faint images of a pale woman with kind blue eyes and a pretty voice, of a man with golden hair, as tall to her child mind as a mountain, and gentle as a lamb. If she focused, she could see herself cuddled on the woman's lap, reading a story, or dashing about atop the man's shoulders underneath bright sunshine. She was never sure if these people were real, or if she had conjured them later on to make believe that her life had, at one point, been more than misery.
A distinct line separated those blurry memories from the stark reality of the life she had been forced to go through: the day the police came to her home to fetch her, a man's deep voice telling her babysitter that her parents had been killed in a boating accident, and their daughter was to be given into the custody of her nearest relative, an uncle on her father's side who lived across the country. She remembered her babysitter vividly, the motherly arms that wrapped around her, holding her just barely out of arm's reach from the police officer, protecting her through a cloud of dark brown hair and a scent that had always reminded her of sleeping in fresh sheets. She had spoken in hushed tones, as though that would keep the child she held from hearing what she said to the officer, words that the young girl didn't understand then, and wouldn't understand until years later, but she had come away with the feeling that her babysitter did not like this uncle she had never met. The officer wouldn't listen, though, and only after threatening arrest did the woman hand her over to him.
It was then that the cherubic child made her first sound since her house had been invaded by these outsiders, these people intent on taking her from all that she knew. She threw her head back and screamed, her tiny body flailing, white blonde hair whipping around her face as she fought the man holding her, carrying her away from her babysitter, her house, her life. Arms swung, legs kicked, connecting over and over again with flesh until she was all but thrown into the backseat of the patrol car. She screamed all the way to the Child Services office, beating on the backseat's windows, throwing herself across the seat and onto the floor, and she was still screaming when she was carried inside and placed in a stark white room, empty but for a couch that could have been softer. Eventually, her voice became hoarse and raspy, but still she screamed, even if no one could hear her.
When her uncle arrived, she was asleep, curled up on the couch, her face red from exertion. There were no tracks of tears, even through all of the screaming and flailing, she had not once cried. Most of her clothing and some toys that the babysitter knew the girl favored had been packed up and brought to the office to be taken along when she was fetched. Her uncle was made aware of the situation, of his niece's obvious distress, and a number for a grief counselor in the area where he lived was given to him. He spoke kindly, shaking his head, lamenting on the waste of the lives of two good, loving parents, and the hardship of their loss for their only daughter. There were sympathetic nods and pats given to his shoulder while the girl's things were taken out to the rental car he had driven there, and then came the moment that no one could put off any longer. Her uncle entered the room and crouched by the couch, shaking her gently to try and wake her, but she was too deeply asleep. So he lifted her in his arms, cradling her to his chest, and those who had guided him through the paperwork smiled to see the obvious care he had for his niece, content that she would be well-cared for once she got past her shock.
She woke some time later in a room she didn't recognize, with a man who looked almost familiar, but she knew she didn't know him. He sat in a chair across the room, staring at her with probing eyes, a glint in there that prompted a hint of fear in her young mind, a sort of fear that she'd never experienced before. She had never felt the need to be afraid of another person until that moment.
Then he rose, and closed the distance between them.
Then her nightmare began.

Time in the hospital was a blur. Christelle barely registered the faces of the doctors and nurses who came in to check up on her, rattle off the various things that were keeping her trapped in bed. Fracture of her jaw, and her orbital rim and floor. Some internal bleeding. Snapped arm. Burnt patches of skin on her hands and forearms. When she did focus long enough to listen, she learned that Darren had brought her in when he came to and realized he had broken bones. He had spun a story about coming home from a business meeting to interrupt the attack that left her broken and bleeding on the floor, her assailant throwing him into a wall before running from the house. The hospital staff seemed to be under the impression that her uncle was horrified at what had happened to her. She could barely keep from rolling her eyes as they made sympathetic comments about how deeply he seemed to care for his niece, how much they admired his attempt to protect her.
Christelle didn't bother telling them what really happened. The law had given her to Darren. She wasn't going to trust it to punish him now.
The closest that she came to letting her anger rise and consume her was when the doctor very delicately told her that she had been given a rape kit when Darren had described how he had found her, but no DNA had been found. She was then shown a sketch of the man Darren claimed to have found over her and fought off. Some of the features were off, but she clearly recognized his friend, the man from whom she had swiped the books that had started teaching her computer science. Her blood ran cold with anger. That man had always leered at her, made her think he was picturing her naked, but he had never touched her, never even spoken more than a handful of words to her. It was the thought that Darren had raped her, again, while she was out cold from blows he had given her, being careful enough to leave nothing of himself where it would cause concern, and now was using the opportunity to rid himself of a perceived rival that made bile rise in her throat. He had to have thought that there was something more going on between them, that his territory was being moved in on...and now, he wanted to use his own attack to get his revenge.
To the doctors, she said nothing of what was on her mind. They asked her if she recognized the man, if she had seen him when she was attacked, and she shook her head. Let Darren stew on that, she thought.
She was given a steady dose of morphine to keep her pain at bay, and she was thankful for it, since it gave her enough clarity to think. What she had seen in Darren's eyes when she woke told her the dynamic between them had changed. But why now? There was something that she was missing, that she couldn't put her finger on. She stared down at her bandaged fingers, the gauze taped over portions of her unbroken arm. Burnt skin, the doctor had said to her. That was the part that didn't make sense. There had been no fire that she could recall, or that she was told of. She tried to focus, to remember something said that struck her as strange when she heard it in passing, but it seemed just out of her reach. It held the answers, though. If she could figure it out, she knew beyond the shadow of a doubt that she would have Darren at her mercy. Whatever it was, one thing was certain. Her uncle's days were numbered, it was only a matter of how far he made her go to see them dwindle down to an end.

Lucas and Nina have been friends as long as they can remember, and have filled countless notebooks with letters that span their lives, touching on their loves, losses, successes, and troubles. What they don't know is what everyone else has always seen, but what everyone else sees isn't always what will happen.

As long as she can remember, Holiday Jones has dreamt herself into another life - one full of magic and wonder, in a time seemingly long past. Little does she know that the eyes she was dreaming through were not hers, but that of Queen Deliah, the unhappy ruler of Solaria, and her doppelganger in another universe. One night, they both discover a portal between their worlds, and decide to see what it's like living their dreams. What they don't know, however, is that trouble is coming for the both of them.

Magic is dying in Galanta, and only a prophecy from hundreds of years ago holds the answer to saving those who wield it. But they must sit on the sidelines and wait for a young nonmage born under the blood moon to fulfill it. Balan Magast is the seventh nonmage called to attempt to fulfill the prophecy, and all others have met their deaths. His fate is tied with the leader of their country's order, Amarysine Trinolta, holding the survival of not just the mages, but their world as they know it.