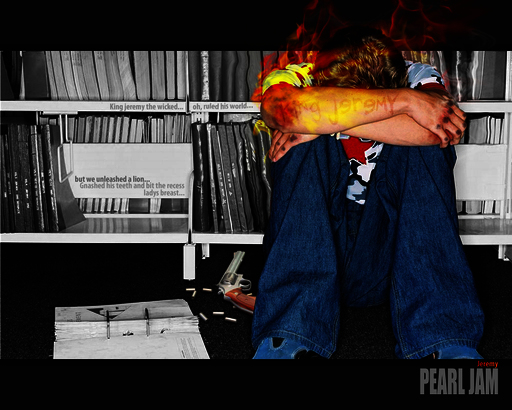 47 Reads
0 Favorites
Get the App

You fall asleep alone a lot while I stay up making my dreams come true. You stand next to me and you believe in me every single step of the way. If it wasn't for you and your encouragement, this story wouldn't exist on any website. You have changed my life in more ways than I can count and I never thought I could love anything so much.

Thanks for dealing with your obsessed daughter. Thanks for dealing with higher electric bills because I stay up writing. Thanks for being the "believe" portion of wish, dream, believe. Perhaps my portion, the dream portion, will finally come true? You read my first book, "The Haunted Oak," and you even did the illustrations in it for me. I will never forget that moment. You've seen something in me since I was a child and you always pushed me to make it happen. Thank you. For everything.

If only you were here to read this. I miss you everyday. And I know, thanks to you, this was able to be written. You have always been my hero. I know you've read this story already; probably as I wrote it. I will always be a part of you and my personality will always carry your dominant gene. You live on in me and my brother. I know you would be proud if you could be here to see this.

The year - 1992; I was 13 (and ¾ to the younger me) going on 35. I was a good student, I read over 100 books a year, and I respected my parents. On the outside I was like every other 13 (and ¾) year old. On the inside, however, a storm was brewing. This was no tropical storm, this was a Category 5 hurricane and she was heading straight for my sanity. I was made fun of, called names; beat up every day, tortured and lonely. On the inside. On the outside my mother’s voice rang in my head, screaming “Don’t let them win. Don’t let them see how upset you are. If they think they aren’t getting to you then they will stop.” On the outside I was strong and knew how to stand up for myself. On the outside I was emotionless, even while scissors chopped my long hair into a (too short for a girl) bob; all because a group of boys thought it would be funny to put a large wad (the largest wad that has ever been seen in all of mankind….I’m convinced) of gum into my hair. On the inside my senses were failing and I was drowning.

Every morning I woke up with a bit of hope still left inside that maybe something would be different that day. Maybe I would be cool. Maybe I would be part of the in-crowd. Maybe. If I wore my hair like the cheerleaders (teased and ratted to an incomparable height and encased in a globe of safety called Aqua Net). If I wore the newest trend in clothes--The Gap (mom ended up forking over the money for a pair of Gap jeans that lasted me for 7 years).  If even one of THOSE girls talked to me then maybe I stood a chance. Day after day after day I woke with this hope and dream. And day after day after day those dreams were dashed.

Then, one day, everything changed. I believed (falsely) that I would never amount to anything and that I would always be the girl that was bullied.  I kept my head down when I walked the halls this day. I didn’t speak up in class like I usually did. I sat by myself at lunch. I had finally become what everyone believed me to be. As the final bell rang and I thought I had toughed it for another day, a boy walked past me, pushed me (dropping my books everywhere) and said I looked like The Toxic Avenger. I shuffled down the hall and out of school and started my humiliating walk home. The hot streaks of tears didn’t start until I saw my front door. I ran inside and straight to the bathroom.

I stared at my reflection in the mirror and all I could see was a blur of imperfections and labels. I sucked in my breath, held back my tears and resolved that I wouldn’t let them win; because I was going to die today. And when all those people heard about my death, each and every one of them would carry a slight amount of blame. A blame that would haunt them forever.

I steeled myself and built my resolve. I gathered all the pill form of medication I could get my hands on. (There was a lot of Ibuprofen in my house…) and began emptying the bottles into my hand. My hand filled up quickly. And in my young brain this was enough to just end it all. I was summoning the courage to choke down every single pill when I hear the front door fly open and my cousin’s voice calling me. I was stuck in a panic and didn’t know what to do.  If he saw what was going on in my bathroom, I was in for some big league trouble. So I did the only thing I could think of: I threw all the pills in the toilet and flushed. And then, I crossed my fingers and waited. That was the first time that day my life was saved.

I opened the bathroom door and the look of sheer bliss and excitement written all over my cousin’s face put a calm over me that I didn’t know was possible in the moment. What could possibly be so utterly amazing that he felt the need to run to my house and share it with me? Only “the most amazing radio station ever created that is playing the most amazing music ever created.” So I gave it a listen with him. Q101 in Chicago. Playing a type of music called alternative or grunge. We were in the midst of a music culture shift; and Chicago was an innovator.  The very first song Q101 ever played was “Friday I’m In Love” by The Cure (fun fact: it was also the very last song the station played before it shut down.)  But it was the next song that really changed it all. The easily identified opening chords; the A, the G, the E. The voice that can never be replicated. The intensity of the content. Jeremy by Pearl Jam had me hooked from the very first chord. Jeremy was me, I was Jeremy. I felt hypnotized by the magical tone of Eddie Vedder’s voice. I had never heard anything like this. I was still reeling from the utter despair in the words written about Jeremy (me) when the DJ introduced a brand new band out of Seattle…Nirvana. I can’t even tell you what Nirvana song played next. As a matter of fact, I can’t tell you what the next ten songs on the playlist were. Because the words to Jeremy were still ringing in my head. Thank you Jeremy; your tragedy was my savior.

Pearl Jam was an overnight success due to the controversial lyrics and accompanying video for the song “Jeremy.” At first I felt an unexplainable amount of jealousy as this band, MY band, was taking the airwaves over. And then I realized that if I was Jeremy, and Eddie Vedder had never met me, then there must be other Jeremy’s out there. And, perhaps, those versions of Jeremy needed this band just as badly as I did. So I became accepting to the fact that I had to share my special happy place; and I had to share it with the world.  When Pearl Jam released their second album I realized I made the right decision. By the time the third album was released, I owned an (almost) obnoxious amount of Pearl Jam music, posters, pictures, etc. Pearl Jam was my obsession. Pearl Jam was my safety net.

23 years later I still battle with depression and anxiety issues. And, to this day, when I feel as if I am slipping back into a dangerous and unsafe place the first thing I do is reach for any one of the 53 Pearl Jam Cds that I own. I always play Jeremy first. Sometimes I even play it twice in a row. And when I get towards the end of the song and Eddie Vedder is singing (angry growling) about what happened with Jeremy. “Try to forget this. Try to erase this. From the blackboard.” Those lines are exceptionally haunting. Every time any one of the children in that class sits down they will see the horror inflicted by Jeremy. The picked on became the legendary. Jeremy will never be forgotten. Jeremy is a legend.

I can be a legend too; a completely normal non-violent legend.  Because, unlike Jeremy, I lived; and the only reason I sit writing this article is because Jeremy died (to this day no one really knows if Jeremy himself was his only victim or if the class went down with him). The music of Pearl Jam and many more bands in the “grunge” generation changed my whole outlook on life. For the first time I felt “normal” and it felt good.
On the wings of the success of the first birds to fly, the "Seattle Grunge Movement" took the country and the music world by storm. Much like gangster rap brought the truth of the hood to the masses, grunge brought the truth of the "emo" generation to the masses. We were emotional, we were depressed, we were cutters, and we were angsty. We spent so many years hiding who we were behind big hair and preppy clothes that we perpetually felt alone. I perpetually felt alone. When I met Jeremy I had finally found someone that understood. Pearl Jam spoke to the darkest part of my soul and the scariest part of my brain. And they made me feel ok.
Jeremy saved my life for the second time in that same day way back in 1992. And, since then, Pearl Jam has pulled me back from the ledge more times than I can count. I owe my 36 years on this Earth to a band who took a chance. A band that put a name to all the angst and confusion that teens feel. A band that introduced the world to a trouble boy named Jeremy. I often wonder if "Jeremy" had been introduced to all of us would he have chosen a different path? Would the end of the video be Jeremy standing on a desk and demanding fair treatment and destroying the world of the bullies?
In my world, Jeremy is a hero. He is a life saver. If Jeremy was a real person I believe he would be the one who stuck up for the masses. He would change the world. He would believe in those that never believed in themselves. He would cheer for the cheerless. He would fight for fair treatment. Jeremy would do all of this because, if he could do it for me, why couldn't he do it for everyone? 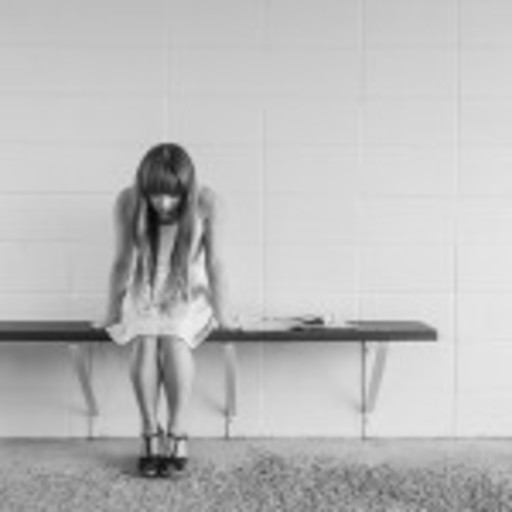 I don't know where this is headed just yet, but I do know where we have started. And I know where we want to go for the short term. And I hope that you will fall in love with Jenna as quickly as I did