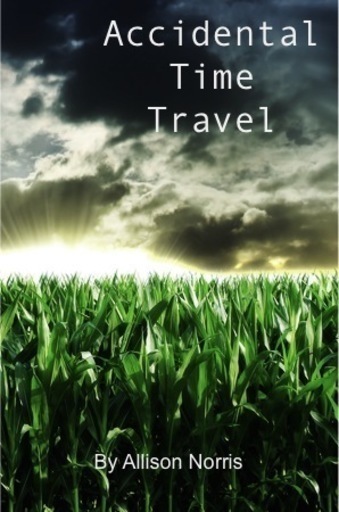 The only reason for time is so that everything doesn't happen at once.

You know, gravity has never been my best friend. I can't think of a single day day when gravity's done something to help me. For example, yesterday, I dropped a package of cookies on the floor (for science, not because I'm clumsy). And what did gravity do for me? Nothing. Sucked those cookies straight to the ground, rendering them un-eatable.

But let me get to the point of my complaint. It's not like I want to be floating along the ceiling every day of my life. Sure, I see some advantage to that, but all I'm saying is that it hasn't exactly done anything new for me lately. Beneficial-like.

There I was, walking along like I normally do, outside under the sunshine (because I hear Vitamin D is good for you. Does Vitamin D need to be capitalized, like it's a person or something?). Anyway, I'm walking along, right, and I come upon a place in the road where it curves and starts going southwest rather than just plain south.

Next thing I know, something snags my toe and I'm on the ground! Things went black for a couple of minutes...and this is where my problem with gravity comes in:

When things came back into focus, I noticed pretty quick that the place I landed was not the place I fell down on, or upon, or onto. I mean, seriously. I fell down on the side of the road, a block away from my grandma's house, with a curb and sidewalk and buildings and everything, and I woke up in the middle of nowhere with dirt beneath my head and miles of corn to my left.

Now...I don't know about you, but I don't usually fall down in one place and end up in another.

Anyway, I got up, dusted myself off and tried to figure out where I was. I couldn't have fallen too many miles away from home, could I? I started walking down the road for a little bit, and before long a truck came blazing up the dirt road. I waved down the driver and he pulled over. It was a young guy, probably about 18 years old, wearing a plaid shirt with his hair all slicked back.

"Are you kidding me?" he replies.

So, he tells me I'm in Guam. I knew that couldn't be right because he was laughing when he said it. I asked him to tell me seriously, so then he said I was in Davenport, Iowa. After that, he got angry and told me to get off his Dad's property. Excuse me for living!

I rubbed my head for a minute, sure I was losing it, but just to make sure, I asked him to confirm the year. He stared at me like I was a stark-raving lunatic, then said it was 1952.

After that I was on the ground again, but I woke up on the curb a block over from my grandma's house. I was back in normal time. I decided to go to grandma's and lie down.

Maybe now you get my point about gravity, and about how it's not very helpful. I don't know if what I saw was real or dreamed. I know I actually fell down because I can still feel it in my skull. The 1952 + corn + rude teenager driving a truck is a little fuzzy, but it had to be a halloucination. I don't believe in time travel. I mean, I read a book about relativity once, and though I skipped the chapter about time travel, I just don't think it's possible. What's done is done, right? No changing. No going back. No stopping James Dean from driving too fast. Right?

Alright. I was a little skeptical about the whole time-travel thing. Just because I can't see it doesn't mean it doesn't exist, right? Like air or bacteria. Like when we walk around with our eyes closed tight and the only things we see are what we want to see, like seeing a bridge instead of a cliff. Sometimes that's good, but most times it's bad - especially if you're walking around.

I'm pretty good at imagining and ignoring, but let me tell you what I do know: I know that at this exact moment, right in front of me, there is a 100-foot tall long-neck dinosaur eating leaves next to my feet. I'm currently up in a 101-foot tall tree, trying to not look suspicious. I'm trying to act normal. I'm trying to act like people end up in tall trees with dinosaurs eating out of them all the time. If I think about it that way, I'll be less inclined to panic.

I've been up here for about an hour and a half now. Thankfully I have my iPhone so I can keep my blog updated. Who would have thought the Cretaceous period was equipped with WiFi? Awe-some! Nonetheless, I'm stuck here until I can get up the courage to climb out of the tree

Ok, or fall out of the tree. Turns out the ground was soft and I only bounced a little. Hang on while I run for my life, away from the giant dinosaur feet.

It's now been another half-hour and I'm hiding peacefully under a fern. I'm trying to wrack my brain for the names of all dinosaurs that might possibly be alive at this time. I'm hoping only leaf eating dinos are out and about. I don't want to confront any raptors or tyrannosaurs or eatingomeatosaurs. I don't think it would help my mood.

Oh, I forgot to say how I got here. This time, I was getting a carton of ice cream out of the fridge, but accidentally grabbed a frozen meat patty. Next thing I knew I was hanging upside down in a tree with a dinosaur nibbling at the ends of my hair. I never climbed to the top of a tree so fast in my entire life.

From this experience, I can immediately tell you that scientists got dinosaurs all wrong. They're not anything like the dinosaurs you find in textbooks. They're all very brightly colored with long plumes of feathers on the ends of their tail. In fact, the long-neck dinosaur I met first had hair on its head. It was combed exactly like Elvis Presley's. I think it may even have been wearing rhine-stone-studded pants but I don't want to go back and look.

Holy crap! That was the biggest mosquito I've ever seen in my life! Time travel should come equipped with bug spray. And a candy bar. I'm getting hungry.

So, it's night time now. I can't sleep, mainly because I'm sleeping on top of a large tree root and there are giant bugs perched on my head. It's an uncomfortable amount of weight but they won't go away no matter how many times I brush them. They don't taste very good either. As a result, I haven't eaten anything since the previous eon I was in.

Oh, I guess I should tell you about Merlin. Well, I don't really believe that's his name, but that's what he told me. He's another human I met while through the jungle. Turns out we both jumped out of a tree at the same time on opposite ends of jungle, and both ran to escape the feet of really big dinosaurs that wanted to turn us into jam. Or jelly. I ran into Merlin. Quite, excruciatingly, literally. He said he's from England, but he sounds like he's from probably Oregon. He thought I was indigenous to the dinosaur jungle, and I wouldn't know what an English accent sounded like. But after I told him he was an idiot for thinking that, he started speaking to me like I was a normal human (which I am) but he still insisted on the "My name's Merlin and I'm from England" charade.

It turns out he's been falling down and ending up in different places as well, but it's been happening to him a lot longer than me. I asked him if he was back in 1952 a couple days ago and he told me he was. I asked him if he was the guy driving the truck through the cornfield and he told me he was. I told him I guessed he was 18, but he told me he was 25 and only pretended to look 18. I thought that was lame. Who just decides to make a point of looking like they're 18? He told me, in return, he thought it was lame that I was just a girl and not a big, strong dinosaur wrangler from Saturn. I decided this comment was rude, and also decided to ignore him for at least 26 minutes.

At the end of the day, I'm not sure what's going on. I'm holding out hope that this is only a big, dumb dream I'll wake up in a few minutes (hopefully in less than 26). But until then, I'm stuck with this Merlin guy who spends an awful amount of time combing his hair, and singing 80s songs to himself. Hopefully I don't get stepped on, eaten, beaten up, or swindled by Merlin before morning. And I think I'm going to move to a softer patch of tree if it's alright with you.

Oh, look. Merlin made himself a bed out of leaves, after constructing a bed frame out of wood and old dinosaur bones. It looks really comfortable.

I asked him if he would make me a bed like that and he told me to get lost.

So much for English chivalry. 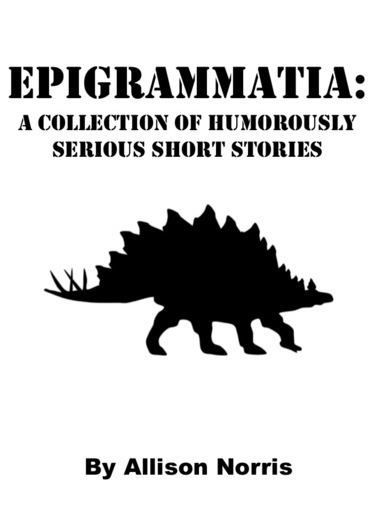