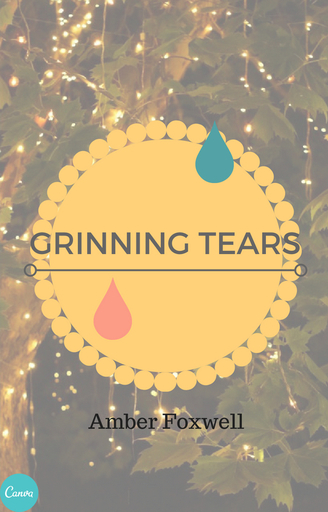 Emma and Nick begin their last year of high school, with more events arising on the horizon. Sebastian has decided to confess his feelings. Allison comes back to school with a new perspective after having her child, and back in New South Wales, Abigail has her own problems to worry about, missing the company of her best friend.

I sighed and took one last look at myself in the mirror before turning to my backpack. Checking I had all the books and notes I needed, I zipped it up and dropped it beside my bed to pick up when I left in the ten minutes I had. I nodded to myself, singing a song in my head and then dropped onto my bed, tucking my hands between my legs. Usually, on the first day of every school year, I’d have a friend to go to school with. This year I had no one and it was my last year of high school.

I sighed and fell backwards onto my bed, the whole thing wobbling for a few moments after. I stared at the paper-mache butterflies criss-crossed across my ceiling.

George was getting chauffeured by Vince and Emma was at a different school in a different state, probably getting picked up by her boyfriend, Nick. I had met Nick when Emma had come down to visit us twice more after her first visit. He had seemed a little closed-off to me at first, but he soon opened up and I obtained a glance of what Emma saw in him.

I had no one. I tilted my head to the left and looked at the dress hanging on my door. It had been about eight months since Jason had told me about his parent’s wedding, but it was only this weekend that they were finally going to have it. I had spent hours finding a suitable dress to wear and the winner hung, staring at me with all its blue laced glory. I had only been invited to the wedding because Jason had made a promise to me a year ago. I still couldn’t believe I was going. I sighed again, for the hundredth time that morning.

There was a soft knock on my door. ‘Come in!’ I called.

A head popped in and peered in at me. My sister had the same head of hair as me, but her eyes were a brilliant blue and she had fewer freckles. She smiled at me anxiously.

‘I said you can come in,’ I repeated smiling at her sweetly.

She slid into the room and closed the door behind her before jumping onto the bed next to me, already in her new uniform too. She lay down on her back, mimicking me and tilted her head to grin at me. I smiled back. Okay, maybe, I didn’t have no one. I could always count on Ellie.

‘You ready for your first day at high school?’ I asked sitting up to rest on my elbow.

‘She’ll be thinking of you though,’ she replied sweetly. ‘Emma always thinks of you.’

I smiled. ‘Yeah, but that doesn’t help that much. I still wish she was here.’

‘You can wish all you want, but you know you can’t change the fate of others.’

I raised my eyebrows. ‘Oh, and you know all about fate?’ I tickled her and she laughed.

Giggling she replied. ‘I know that when someone is in need, their saviour will show up at the right time.’

‘Yep. It’s like how you’re going to the wedding. You’re in need of a friend and I think fate is going to bring you and Jason back together again.’

I stared at her for a moment, frowning. I had thought about what would happen if Jason and I had ever gotten back together, but my thoughts had always ended ugly. The ending where Jason had already found a girl to replace me. It wouldn’t be a surprise if he had. A whole year had already passed since we had broken up. I averted my gaze from Ellie when a thought struck me. What if Jason had found another girl and he was bringing her to the wedding as his plus-one? He only had to invite me because I was close to his parents and he had made a promise to me.

Ellie hopped up from the bed and straightened her dress. Then she held out a hand to me. I smiled at her and took it, pushing the thoughts out of my mind. I didn’t even look at the dress as I walked out, my backpack in hand.

I groaned and threw my pencil at my desk. Stupid Maths homework! How was I supposed to understand how to graph the letter y plus the letter x? It made no sense!

I leaned back in my desk chair and glared at the wall above my desk. During the time, I had taken off from school, I had my teachers send me the homework that I needed to complete. The only downside from that, was I hadn’t had any explanation from a teacher so, I was doing work that I had no idea how to do. I spun around in my chair and faced the window to my left. I let out a breath and closed my eyes, feeling tears prick at the corners of my eyes.

I was going back to school that morning, but it was to no consolation. Everyone would be talking about me; and it wasn’t going to be good things. No one says good things about a teenager getting pregnant and having to drop out of school for half a year to give birth. I doubted any of my friends would even acknowledge me.

There was a short rap at the door and I called out to let them know that they could come in. The nanny, that my parents had hired, pushed her way in, a small bundle in her arms. I stood up and straightened my skirt and blazer before holding out my arms for my child. The nanny, Rita, gave me a smile and laid her in my arms gently.

Even though, I had been in a bad mood, the minute before, looking down at the sleeping face of the beautiful girl in my arms, made me smile. She always made me smile. It was a gift from her I took for granted.

I pranced around the room rocking her softly in my arms, as Rita left the room, but not to venture too far from beck and call. In front of the bigger window in my room, that looked out onto my backyard, I pointed to the birds flitting from tree to tree for the morning news. My baby gurgled in reply, her blue eyes locked on a small bluebird flying the closest to the window.

The bird landed on the sill and curiously peered in, watching the little rosy-cheeked face who was waving her hand at him. He hopped; to the left, paused and then to the right again. She laughed, as much of a sound as she could manage and the bird flew off, showing off its swoops and glides. I looked down at my girl and my smile grew, no other thoughts of school, full of gossiping girls and endless homework that made me ask endless questions. All I thought about was the little angel in my arms, who was watching me brightly and reaching for my face with her little hands. ‘Thank you, Sarah,’ I whispered to her. ‘Thank you for being my saviour.’

I grunted as I pulled at the tie around my neck. It was my fifth trial and I still hadn’t tied it right. Mind you, my mind was somewhere else. School was starting and that meant that I’d be seeing everyone again, all in the one place. I had also caught wind that Allison was starting that morning too, her baby, Sarah being taken care of by a nanny, Mr and Mrs Mughson had hired in the early months of Allison’s pregnancy.

I tugged at the fabric again, but angled it wrongly. I swore and undid it, trialling again for the sixth time. I failed again and pulled at it frustratingly, throwing it onto my bed, not to be bothered with again.

I couldn’t believe Allison still hadn’t come out with the truth, that Sarah was my baby. I had confronted her about it before and after the birth, but she ignored me and tried to get away. I had let her go, knowing that it’d look like I was harassing her. I just… I just wanted to see my girl. I wanted to know what she looked like and how she felt in my arms…

I fell onto the couch, that sat in my room, and rested my head in my hands. Nick and Emma had been doing quite well in their relationship; not one full blown-out argument I had seen. Nick and I also hadn’t had much conflict. That only meant, that Emma hadn’t mentioned the kiss to him. Thinking about it, she hadn’t even mentioned it to me. I had thought about mentioning it myself, but didn’t want to start something with Nick. I still couldn’t believe that I had even kissed her.

I couldn’t believe much of anything. My life was slowly crumbling apart…

I couldn’t remember one time in the last year that I had been truly happy. Nothing had arisen between Nick and I because I had been off in another world entirely, watching as each day slowly ticked by.

I sat in silence for a moment, calming myself over the frustration I had built up and exhaled loudly. I only lifted my head when I heard a knock at my door. ‘Come in.’

The door opened and Nick stepped in, looking at me in anticipation. Then, he frowned. ‘Why aren’t you ready yet?’

I stood up and opened my arms up wide. ‘What do you mean? I am ready.’

‘Where’s your tie?’ he asked, looking me up and down.

I glanced at it where it lay on my bed, in a tangled heap. ‘Uh… I’m going without. It’s too hot.’

I hesitated in thought and then shook my head. ‘I’m good, mate. I can drive.’

I dropped my head slowly and stared at the floor, my hands hooked onto my blazer. I sighed and nodded to myself. Another day was going by, quickly. 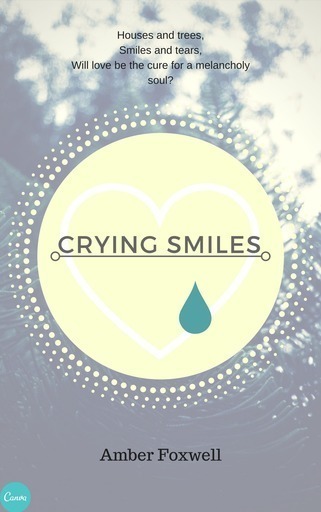 Emma Loren moves to a new state, in the big city of Brisbane. There, at her new high school, she meets a boy who never knew how much he'd need her, until he lays eyes on her. Nick's troubles and family deficiencies has Emma caught in a whirlwind that she's willing to help fight, for his sake, and hers. From over-controlling parents, a lonely ex-girlfriend, a reckless best friend, to harmful secrets, the two stick together, promising love at every sudden turn life throws at them. Will Emma repeal the melancholy jewel that blazes from Nicholas Robyn so brightly? ...Or will they be blinded along the way?