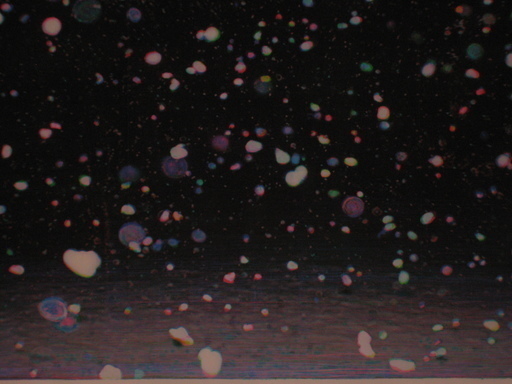 A book about a girl who has only one person left to lose. A girl who has lost everything and almost everyone. A book in which magic can take over.

30 Reads
2 Favorites
Get the App

She sat, holding her mother’s cold hand, crying and yelling. But even then, even as she held that cold, cold hand she knew with a certainty that shattered her heart, that her mother was dead.

It took Callem almost an hour before he could pry her off. Her brother held her hand hard enough to break bones. The grip, that was usually reserved for his enemies, today was reserved for her comfort. The funeral was long, every second making the hole in her heart a bit bigger.

She slipped out, her tears never stooping, pulling Callem along with her to the training room behind the stables. She demanded that he teach her to fight. So Violet, the beautiful 6-year-old, a lady of the house of Fellan and Callem of the Fellan house, the 8-year-old, already fighting, well on his way to being the captain of her guard, fought. Blood and sweat and tears marking the ground in a way that would stain the ground and their hearts forever.

she sat, holding her mother’s cold hand, crying and yelling. But even then, even as she held that cold, cold hand she knew with a certainty that shattered her heart, that her mother was dead.

It had been years since she’d last seen Callem, years since she had left him behind along with her parents. And only days since she’d met Daniel. Daniel was a fire-magic user. He was one of those rare ones, and as such no one would allow them to work for fear of him burning the place down.

It had been years since she’d last seen Callem, years since she had left him behind along with her parents. And only days since she’d met Daniel. Daniel was a fire-magic user. He was one of those rare ones, and as such no one would allow them to work for fear of him burning the place down.

So they were driven to the bad part of town, the area where magic wasn’t restricted the way it was in the big cities. Where the bars and taverns were reputable for their bad behavior and where fire users were accepted. Or so Violet thought. They knocked on the doors of all the taverns, but each time they were met with slamming doors and screaming faces.

That was before they knocked on the doors of “The Den”. Everyone knew about this place, it was a local hot-spot, but not for the right reasons, and they hadn’t really expected to be given jobs. Daniels job was busing tables and making drinks. Violets job on the other hand was to be a waitress and therefore she was required to dress up in ridiculous and too-small dresses and costumes.

Their boss, after many minutes of begging, also gave them a place to stay. It was a dingy, cramped and mouldy room, more fit for rats than people. There was a single bed and a fireplace that looked as if it had never been lit. They were required to work the next day, but now there was time to sleep. So Daniel lit a fire and brought what little they had left upstairs while Violet curled up on the bed shoes and all. Daniel soon joined her curling up around her and holding her close. When she was little Callem used to do that with her. Holding her while she cried and looking after when the assassins had barged in...

The next morning dawned bright and the noises she heard were lovely, until the banging of the door added to them.

“Get up and get dressed.”

This order was followed by a thud of clothes as it hit their faces, a dress and some clothes for Daniel. They blearily sat up and found themselves staring right in the face of their new boss. His face was so covered in blemishes you couldn’t see any clear skin. His nose was too large for his face and his eyes were dark, beady, and calculating. His magical talent was compulsion. His name was - Violet had never found out. She was told to call him Boss when without company and Master in front people, customers particularly.

He left quickly, his voice echoing down the hallway. They hurriedly pulled their clothes on. Daniel left first, leaving Violet staring in the mirror. She was clad in red and black. The dress reminded her of a pirate’s clothes. The top was black with red trimming, quite modest and reached a little above her belly button. The skirt started from her hips and fell in red and black layers until it brushed the floor. She gave a little twirl. If the dress was for anything other than tending tables she would have loved it.

She left, locking the door and glancing furtively around her. She walked, teetering a little in the 3 inch heels. She stepped slowly down the stairs, the pub noise overwhelming, along with the noise came a wave of stench. Violet carefully picked her way down the rickety steps, then behind the counter and was told to report the head waitress. Then she got to work.

When dolls wake, what do they do, when they fall in love. What then?