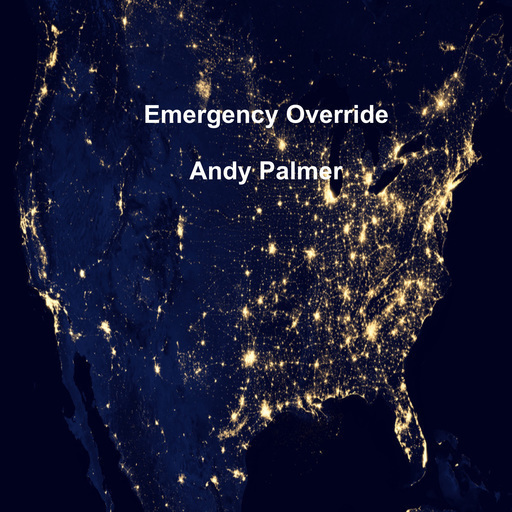 A short Science-Fiction story. A spacer spends a few hours of leave in a metropolis of sin but catches a virus leading to an odd declaration of lust. Any and all feedback welcome.

48 Reads
0 Favorites
Get the App

The communications of array of the intergalactic freighter XC21-4DQ, nominally known as Queenie was positioned on the underbelly of the ship and, as such, afforded one of the best views of the departure point if you were of a mind to clamber round the various panels and extruding circuits.

Below, illuminated starkly against the darkness by a million lights, Earth slept.  Well, bits of Earth slept.  The ones lucky enough to have jobs that conformed to the natural circadian cycle.  The rich.  The famous.  The essential.  Even at this time, when the darkness was as complete as it would get, millions upon millions droned away below.  Some, those unlucky enough to have surface duty, might have craned their heads upwards and seen the Lunar Departure Station, sitting squatly on the bottom third of the moon’s surface.

Maybe she was looking.

Adam had made his way to the communications array deliberately.  His normal duties on the freighter were completed and his allotted rest interval had begun.  Departure was imminent.  The engines warming, the familiar shudder and vibration of the great ship reaching a new intensity.  Adam lent his palm on a console and felt Queenie hum beneath him.

Did she always work circadian?

He glanced down at the surface of the planet beneath him, the auto-search implant reading his thoughts and aligning his gaze to the west coast of the North American continent.  His eyes focussed and scanned the sprawl of the Washington conglomeration.  He wouldn’t be able to find the bar, much less the window to the little room on the sixteenth floor.  Much less the bed.  Much less her.  He shook his head, struggling against the compulsion.  He was acting irrationally and he knew it, the virus taking control.

He’d lucked out last time the freighter came in.  His work detail had coincided with North America’s down cycle, and when he’d completed the unloading of ore from the Kupier Belt and was dismissed for his statutory planetary leave it had been mid-morning.  He found the bar through residual memory, or possibly his auto-search.  As he’d stepped out of the PtL taxi she’s been waiting to welcome him in.

“What’s your name spaceman?”  She took his arm and led him across the threshold into the low-g environment suitable for spacers.

“Adam,” he’s replied eying her assets.  The upgrades would have cost.  She wouldn’t be cheap.

She got him a drink.  And another.  The day slipped by in a haze, a fug of narcotics and booze.  His implants worked hard to filter out the toxins and minimise the effects, but under her cajoling he turned them down to basic filtering. He wouldn’t turn them off, he needed some control.

Eventually she took him by the hand and led him up floor after floor.  Their final destination a small, square box.  White light splashed the wall from the LED outside and the growl of localised air transport punctuated the silence frequently making talking nearly impossible.  Just how Adam wanted it.  There was a bed with rumpled sheets.  It was still warm from the last occupant and she pushed him down into the cocoon of blankets smiling.  He touched her skin, cool and artificially soft.  She smiled and kissed him, then the meeting of mind and body.

Later, as he dressed, she asked him to complete the satisfaction survey.  He grunted, usually he ignored those things.  “Please,” she said, all pout and preen.  “It would mean a lot to me.”  He nodded and acquiesced.  His head felt funny, his implants struggling for some reason, his processing slowed.  He should have realised then.

She gave him her name and serial number.  He thanked her, transferred the credits and retired to the bar for one last shot to clear his head before catching a PtL back to the shuttle, back to Queenie, back to shift cycle.

It was only later, when he was mid-way through his shift that he realised he was infected.  His concentration kept waning.  He struggled to concentrate on figures and twice he nearly lost control of gravity lift.  He kept imagining the curve of her back, or glimpse of her smile.  At one point he thought he heard her voice, soft and sensual.  A supervisory drone swung past admonishing him in a dead metallic voice for lack of productivity.

When his designated intake break started he ran a mini-scan.  The results confirmed his suspicions.  The bitch had infected him with a virus, their encounter allowing her to transfer a lust programme into his implants.  That was why he struggled to concentrate, that was why he kept thinking of her.  He’d have to run a system purge.  That would cost him a productivity day, increasing his indentured period.  Damn her.

When his detail ended he had originally headed back to quarters to start the purge but something stopped him.  The memories of their tryst were hollow fragments, but the memory of her still tugged at him both physically and mentally.  He fought the compulsion to see her again but struggled as the virus replicated and propagated his implants.

That’s when the idea hit him.  The communications array, often empty, at least provided a view of what he was leaving behind.  Now he stared down at the planet, stared in vain at the mess of structures hiding her from him.

He leaned closer to the aperture, his weight on the main console.  Queenie gave a bigger shudder and slowly, imperceptibly began to move, leaving the dock for the return to the belt.  The jolt caused Adam to sway and he steadied himself by reaching out his hand.  Unknown to him it landed on an emergency broadcast over-ride.  On all frequencies the ship began to send out clearing pulses, in preparation for the message to come.

He said her name, just once to himself.  He righted himself and stepped back; with the ship moving it was too late so he resolved to begin the purge.  The freighter began to turn and the view of the planet started to slip below him.  With a sigh he turned to return to quarters, to begin the purge.

Far below the planet was recovering.  The over-ride from the freighter was not designed to be used in such close proximity and in such low orbit.  The clearance pulses disrupted communications planet wide.  All radio frequencies were scrambled, the usual chatter and music and emergencies replaced by the ominous hiss of static.  The disruption was short-lived but total.

Within the crackle and distortion a word became clear, just once for a fleeting moment.

A collection of small musings and flash fiction pieces.