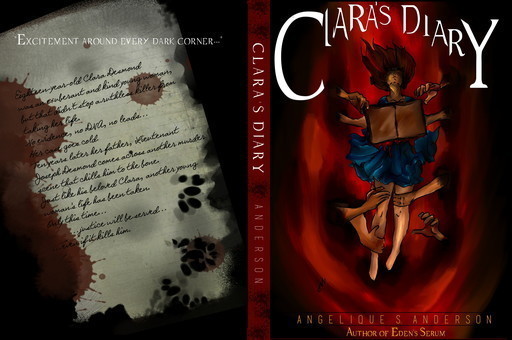 Eighteen-year-old Clara Desmond was an exuberant and kind young woman. Which didn't stop a ruthless killer from taking her life. No evidence, no DNA, no leads... Her case goes cold. Ten years later her father, lieutenant Joseph Desmond comes across another murder scene that chills him to the bone. Just like his beloved Clara, another young woman's life is taken... Only this time... Justice will be served. Even if it kills him.

62 Reads
3 Favorites
Get the App

Lieutenant Joseph Desmond was the kind of father every man aspired to be. He was kind and attentive to his daughter, Clara, protective but not overly so. From the moment his wife passed away he had taken every precaution to raise his daughter in a way that would of made his wife proud. He made an effort to text Clara on a regular basis, finding out where she was going and why she was going there. He enforced curfews and made sure to push her to get good grades.

"Grades are important, Clara. Worry about grades before you worry about boys. You get good grades and everything else will fall into place." It may have been an overused mantra, but it was something he felt strongly about.

She didn't let him down and graduated valedictorian, with a 4.0 GPA. The memory of her crossing that stage, her raven hair hanging wildly about that particularly windy day in Illinois, was something he thought back to often. He was beaming as Her dark blue graduation robe swishing about and she crossed the stage to make her speech.

He couldn't have been prouder when she finished speaking and the crowd erupted in claps of joy and whoops of excitement and laughter. Yes, Clara had done he and his wife honorably. He was almost certain that Mya Desmond looked down on them both with nothing but pride.

It was that particular thought that had ran through his mind this day as he took a long hearty swig of his coffee. Black and bitter, he wondered if it was going to be strong enough to pull himself through another twelve hour shift. Eventually he was going to have to eat something with substance. His wife wouldn't be happy about his new eating habits.

"I miss you Mya." He spoke aloud, wishing her voice would answer back. Her caramel skin flashed in his mind, her ruby lips upturned into a smile that guaranteed that she always got her way and he never stayed angry. He heard his watch beep irritatingly and brushed the white cuffed sleeve back.

It was early yet. Too early, as far as he was concerned. Not that anyone would care to ask him, but the clock face glared 6:47 A.M at him. He took another long swig of his coffee before setting it down on his desk. In front of him was a huge stack of files.

Glaring reminders that he had the most gritty job in he business. His bronze fingers flipped through the worn files with ease and he sighed outwardly. He wondered how much longer it was going to be before he just couldn't hang with with this gig anymore. He quietly ruffled each file reading off the description.

"Homicide, homicide, hit-and-run, domestic violence." He flipped them closed once they were classified and pulled out the heavy metallic drawer next to him at his desk. As the grey metal squeaked in protest his two-way radio hummed with static.

"Eh, lieutenant. We need you ASAP. We have a situation." The voice on the other end sounded fanatic and needy.

"Detective Artie?" Joseph pressed the talk button on the side of the walkie.

"Yah, boss... It's me." His voice was shaking and Joseph felt a shudder run through him.