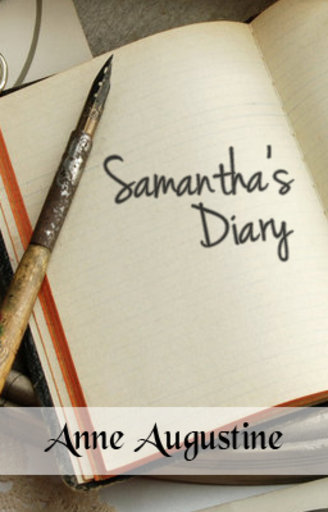 Samantha Lawrence is gifted with an unusual gift - the ability to speak to entities unseen by the naked eye. What happens when a certain task didn't go as planned and a pact was made that changed her life forever?

Everything you’d be reading from this point onwards is part of my innermost thoughts that I wouldn’t dare to share personally to any living soul in this planet. It may sound ridiculous, I mean, you might be thinking that I have at least one best friend to share my secrets with and I guess you’re right, but… that friend of mine is no longer around. I can’t explain everything in this opening page because there are lots of events that took place back then when… ah, just read on and you’ll find out what I’m blabbering about right now. All I can tell you at the moment is how I made a promise to myself and to him that I would leave our story behind and move on with my life. I don’t know if someone would ever find this but if ever someone does, it may be a blessing or a curse. Perhaps you’d find it a treasure and consider selling my diary for the entire world to know about me or you’d think it’s a cursed and haunted one but nonetheless, this is yours to call your own. Do with it what you please. It’s no longer mine and no longer his; and as for me, perhaps I’m somewhere in the world right now doing only God knows what. It’s part of my promise anyway, that I’d forget this and live this behind.

No one believed me in the beginning. Hell, I didn’t even believe it myself but as the years went on, I came to terms that this was my reality. No one accepted me – not even my own family.

Perhaps you’re wondering who I am. My name is Samantha Lawrence, commonly known as Sam. I’m currently writing this note on a rainy October night with my luggage right beside me. This note will be stuck on the first page as a foreword (or perhaps a warning?) to its content. Right now, I’m twenty nine years old. The events that took place in this diary happened in a span of two years, ten years ago. Those years were truly bittersweet, but those were the years I’d treasure all my life. Unfortunately, those memories aren’t only mine to share. Someone else shares it with me; and for him? Well, the full accounts should be forgotten. He didn’t want me to continue living with such nonsense.

Hence, I’m leaving this diary behind.  Thank you, nonetheless, for your time. I don’t know if you’ll be reading through this (hell I don’t even know if you’ve reached this part) but still, I’d like to thank you for finding it. Somehow, it still means a lot to me. I don’t want our story forgotten. Really. I don’t.

“There’s just something in it. Too much have already suffered and I can’t let any more people sacrifice at our expense. Those six months were pure hell” – James Carter

The White Mansion in the middle of Orville Forest continues to remain a rumored haunted house when the Carter family allegedly moved out due to poltergeist haunting. Further investigation of the said issue stated that the Carters were the longest-lasting family to stay in the White Mansion, their stay lasting for six months. James Carter mentioned one name in particular, quoted, “if it wasn’t for Samantha Lawrence, we could’ve been in a worse situation. I do not know where she is now but my family owes her our lives.”

When I was little, my family feared me. The only person I could run to, back then, was my grandmother; who died six years after I discovered a rather unusual gift that only a few human beings like me possessed. I had barely mastered the art (art? Really, Sam? It’s more like a curse, actually) of talking to the dead when time took her away from me and I was left alone in this cruel world with a family who thinks that they have a monster for a daughter.  It’s not my fault. I didn’t practice it or anything, the same way others do for the sake of… I don’t know – popularity? Money? Deception? It just sort of came naturally. It just happened. One day, it just sprung out and that marked me.

I was around five years old then, when it happened. In the eyes of everyone else, I was alone in the living room. In my eyes, there was a sweet old lady standing by the window, gazing out at the street outside where kids were playing, teenagers were jogging and dogs were walking around on leashes. It was a sunny afternoon and no one expected my sudden outburst. Well, it wasn’t your typical child tantrum. I ran to my mother who was currently fixing some sandwiches for the family and I tugged her skirt to ask her who the woman in the living room was because she seemed sad. My mom, greatly puzzled, accompanied me back to the living room only to find it uninhabited by anyone else. She looked at me with a mixture of anger and confusion and threatened me to “stop it with my nonsense”. I stopped asking her but I kept on seeing the old lady at the same place and same position for two weeks after the first time. I tried asking my dad, but he said the same thing my mom did. I tried my luck with my older sister, Catherine, but she thought it was just some silly child’s play. Fortunately for me, my grandmother paid us a visit one weekend and I tried asking her about the old lady. Similarly, she accompanied me to the living room but her reaction was different – she smiled at the old lady who seemed to have acknowledged her presence. I saw the quick connection between them before the old lady faded away just like that.

“Have you been seeing her a lot, Sammie?” My grandmother asked the five-year-old me and I nodded in response. My parents walked in on us as soon as our conversation started. Grandma looked at them with the same smile she gave the mysterious old lady. “Cynthia was here. I saw her too, the same way our little Sammie did,” Grandma told them. I don’t remember anything after that.

Cynthia, as I found out later on, was grandma’s sister who died just months before I started seeing her in the living room. I found out that Grandma Cynthia wanted to meet me so much but the hospital wouldn’t letter her out and I was too young to go visit her in the intensive care unit. I was told she loved the outdoors so much and I guess that was the reason why she looked so sad when she gazed out the window. Grandma told me that Grandma Cynthia was bed-ridden for two years before she passed away. For two years, she wasn’t able to see the sun or feel the warmth of the summer breeze.

I also found out later on that my mom wasn’t really comfortable with grandma (my dad’s mother) because she possessed the same gift (or curse) I did. Perhaps people would think that my dad should’ve been a little more open-minded about it but I guess he didn’t like the idea of having a mother and a daughter who can talk to spirits. I guess I couldn’t really blame him or my family. If I had a choice, I wouldn’t choose this. It would’ve been better if I can only see and communicate with good spirits like Grandma Cynthia but later on I found out that it wasn’t always the case. I also met bad ones and ugly ones along the way, and trust me. Horror movies had been kind with prosthetics.

Currently, I am 18 years old and I had been living with this curse ever since. I’ve gotten quite used to it but some instances still surprise me. For example, my family was spending the weekend in Holiday Inn, one of the local hotels here, when I woke up in the middle of the night to see a priest standing near the door. He was a harmless spirit, though quite lost if you ask me, but I don’t think I’ll ever get used to seeing ghosts here and there. I thought it’ll fade someday, that it was just some silly gift given to innocent children but as I grew up, I realized that it was already part with me. Hence, I’ve gotten myself involved in this non-profit organization called The Sight which is basically made up of individuals like me and normal individuals who at least believes in the organization’s purpose. We cater to questions of people from all over the world about the supernatural and everything else about those who already passed away. In some local cases, we are asked to visit homes or other places to talk to the spirits pestering their daily lives. The actual missions weren’t always full of pleasant spirits.

And that’s where this story begins. I’m not asking you to believe me everything that I’m going to tell you after this short introduction, but each detail is not a lie.