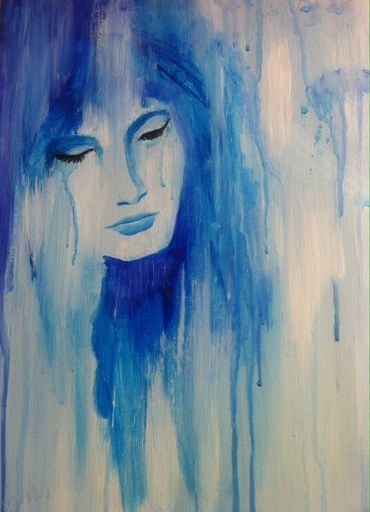 Well, it's a diary and women's life and if she had succeeded or no is just unknown

Well, I don't know how or where to start this. One night I was at my friend's place where she bought this wonderful house. I said I would help her in shifting her things which were a tedious process. I found a diary at her place. It named my lifestyle. I don't know if it was a woman's diary or a men's. I opened it with hesitation as we are not supposed to read one's diary. But after reading her diary I sort of felt like I did the best thing by opening her diary.

I want to keep her story short and sweet. She was/is in a relationship with a guy whom she shared her everything. They were friends before and later they shared each and every secret of theirs. He fell in love with her but he didn't know he was her crush.

They used to talk for so many hours in the night. They didn't care about others. They just proceeded with what they wanted. One day suddenly the guy proposed to her knowing she cannot marry him and also she cannot wait for him. The girl said yes without thinking anything. Next day they met for the first time after proposing to each other. They thought it's going to be weird.But once they met he proposed to her again and both hugged. The girl was a bit more excited so she came forward to kiss him. He is such a nice guy, he asked her if it was fine for her or if she feels guilty after kissing. She did nothing else but pressed her lips against his which gave him the answer he wanted.

They didn't have sex that night or the other.They just continued with the kissing part and once they started making out they had the best sex. She was thinking that it was going well and was not expecting anything more than that. The guy was not serious about her either. But time started moving and making their relation a bit closer day by day. They were then in a situation where they cannot leave each other. The girl suggested him to switch his job. She was a bit more supportive. She pushed him and he outdid the interview part and was offered a job in another company. They both were happy but sadden to know that he has to move far away from each other.For a girl, everything means giving her body to the one she loves as a symbol of love. She was very happy to do that. She did that before too but she was much happier when she shared it with this particular guy. It didn't feel weird for her while she was doing that. She was hesitant while doing that before. She did that with much acceptance and love towards him.

Though they knew they have to live away from each other they just had a little hope on their weekends. He used to travel all the way just to meet her and make her happy. He is the most desirable man I ever heard of. She is so much excited about their relationship. But one day she got a match which her parents searched for after a lot of struggle. She was neither interested in the guy nor the money he has backed up. She said yes. Not only for this but for every guy her parents brought her since she wasn't interested in any guy at all.

She used to pray daily that she should marry the love of her life. But sadly it didn't happen. She married another guy. She thought if she's in another country she could easily forget her love. But she was wrong. It made her feel more and worse. She cried the whole day. She stayed alone. She didn't want to have sex,so she stopped the guy she married. She didnot know it was going to be a greatest mistake since from that day she faced problems she didnot expect. Well for one thing she did not like the guy and for the other she is not making him happy. It doesn't matter how you are spending life but it matters how well you are tking care of others in your life.