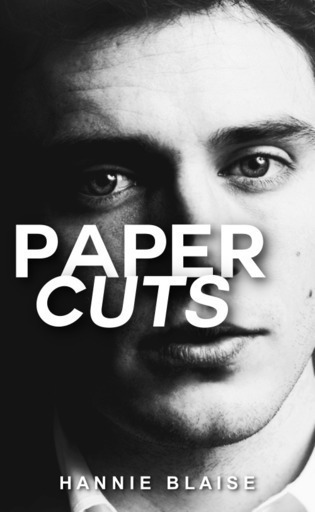 MILES: bleak, unmotivated, very rational with his emotions, reluctant heir of his father's respected entertainment company, regular customer of the Sweetbrew. ELLIE: bright, cheerful, a literature undergrad, part-time employee of the Sweetbrew. A coffeeshop across the street. A heartfelt letter written by an employee. The start of a pen pal relationship between two completely different worlds. Everything goes well - Miles gets better with his business and Ellie has gained a new reader friend - until none other than Miles moves in as Ellie's new flatmate and it gets harder for Miles to keep his secret: he's suffering from dissociative...

94 Reads
5 Favorites
Get the App

MILES COWDEN is far from being ready to take over his father's entertainment company. Not only does he not have a mite of interest in that particular branch of industry, he doesn't even know the basics of performances, let alone acting. All kinds of things need to be learnt, especially because he's been hired as one of the casting jurors and producers for the new book-based movie "To Ethan". He's been his father's shadow for as long as he can remember and due to childhood trauma he has suffered from dissociative identity disorder ever since ― which is the reason for his father's extreme precaution.

ELLIE GOODWILL is the epitome of hopeless positivity. As the sociable part-time employee of her aunt's popular coffee shop on Basket Street, Sweetbrew, she is bound to make many customers' days by her contagious laughter. As a literature undergrad in her third year at university, she spends hours reading books after her shifts.

In the Sweetbrew lives a tradition that calls out every employee's creativity each month to give the customers something special to their orders: a hand-crafted coupon card, neatly stuck in a golden envelope.

This time of month, though, one of the customers receives a letter instead ― because Ellie has noticed Miles' constantly gloomy aura ever since he'd entered the coffeeshop and is out and about to comfort him.

That marks the start of some sort of pen pal relationship between two completely different worlds that strangely complement one another.

"Whatever it is you're seeking won't come in the form you're expecting."

NOTHING LASTS. You think it's going to. You think, "Here's something I can hold on to" but it always slips away.

Ellie is the type of person who says Hi to dogs. She's someone who insists on getting texts from her friends once they've gotten home safely.

And she'll make fun of your quirks but secretly she adores them, and she'll stick by you through thick and thin.

What a shame it is for me to walk away from something that could've been.

MOVING TO MANHATTAN meant either bringing my therapist with me or finding a new one. Since it was impossible of me to ask my friendly companion of the last ten years to ditch his wife and kids and help me out for the rest of my life on the other side of the continent, I went for the latter option.

With the help of a Google search bar, I found my way through busy traffic lights to – hopefully – my next good psychologist. Good meaning someone like Ph.D. Cole Hanks who was said to be familiar with controversial diagnoses, such as Dissociative Personality Disorder.

When I arrived on Hyde Street after checking into the hotel, I happened to be the only one in the waiting room. It was already four in the afternoon, two hours before the office was said to be closed, and the young female assistant from behind the counter brought me an application form with a polite smile.

Everything was quiet, though I could hear people speaking softly through the walls. They were decorated with bright paintings, probably picked carefully by art psychologists. I hadn't filled everything out yet when the door flew open and two men walked over to the counter by the assistant.

"Thank you for today," the smaller man said. His shoulders were hunched, eyes swollen.

The other man had a straight posture, wearing a grey pullover, and he had his arms behind his back as he walked his patient to the door. He stood upright and his calm manner and polite smile confirmed that he must've been Ph.D. Cole Hanks himself.

"See you next week, Hugh," he said before he closed the door again.

Quickly scribbling down the date and my signature on the form, I got up and put it on the counter, where the assistant checked it.

"You're the next patient," she said, quickly overlooking my form. "We'll need to give Mr Hanks some time to go over the form first, though."

"Or this young man can tell me all about it himself," Hanks chimed in, walking directly to the counter to greet me. Shaking hands, he offered, "Please take a seat, Mr...?"

"Miles Cowden," I said. Nodding towards the assistant, Hanks entered his office with me following him.

"Can we get you some coffee?"

"That would be great, thank you," I said as I sat down on the sofa right across Hank's desk.

"Is espresso okay with you, Mr Cowden? We only have espresso. I must say I'm a heavy espresso drinker."

Opening the door with his head in the slit, he asked his assistant to bring two cups. Sitting back down on his chair, he gave a smile and folded his hands.

"So, Mr Cowden, what can I do for you today?" His face was friendly, slightly intimidating but trustworthy. His hair was already grey in places, though he scarcely had any wrinkles.

"I moved here today and was in need of a new psychologist to help me with my condition. I came here to sign up first, I didn't know I'd get a session right away."

"Oh, let's not call this a session, yeah? Let's say we're just getting to know each other before starting official sessions. Where did you move from, if it's not too much to ask?"

"I came from Toronto."

"Oh, Canada! Wonderful. What did you move here for, Mr. Cowden?"

I shifted in my seat and began fiddling with the edge of the small couch. "I came here for work."

"I see. I assume you've been in therapy already so you are well in the know of your condition. Can I ask about it?"

I could see the surprise on his face as he jotted down further words in my protocol. "Dissociative Identity Disorder. A very special case."

"Are you up to talking about it now? About your split personality? How it came to it? We don't have to go into this any further if you don't want to. I don't want to cross lines here."

"I don't mind. He's called Adam. I don't know why I have a split personality, I mean I don't know where it came from. I can hardly remember much of my childhood so it must have got something to do with what happened when I was young. That's what my former therapist said. I can't remember when I started blacking out, it all started fairly early – time loss, out of body experiences..."

"And it was specifically diagnosed when you were fifteen?"

"Until then my parents thought that I just had mood swings like every teenager so they didn't think much of it. When I told them about not remembering things that they said I did, they got worried."

"I see," Hanks said as he continuously wrote, "And you need help to get rid of that split personality?"

"I actually get along with Adam. I quit trying to get rid of him a while ago. I just need to find out what caused all of this." 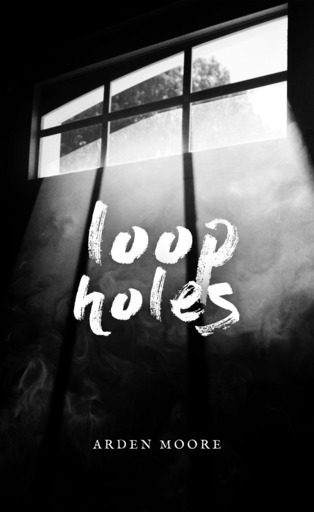 Darcy Hotchner was nineteen and about to start a brand new life in college when she suddenly disappeared from the face of the earth. Two years later, with her family still pulling on a string of hope and all her friends being scattered around the world after graduation, a cry for help reaches their phones and forces them to head back to their hometown to find their cherished friend, daughter and girlfriend. 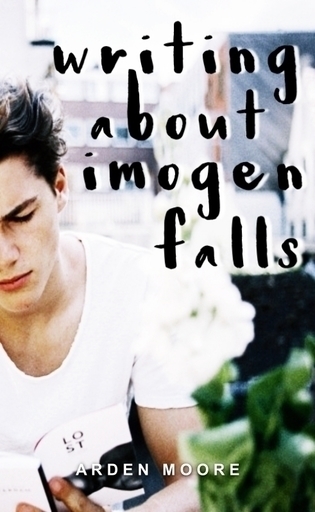 In which Imogen Falls asks the stranger and novelist Derek Flynn to write about her. Which he does. And then she disappears. 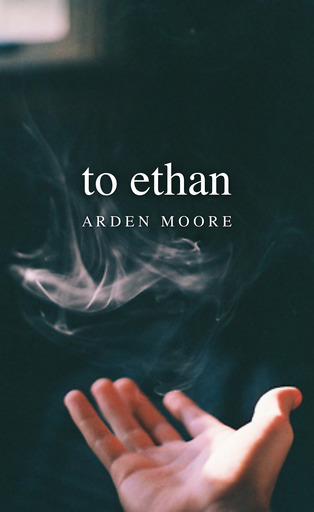 This book contains a collection of messages sent back and forth by suicidal Ethan and lonely Aubrey who meet on Twitter one day, only to realize that they've already met in the mental clinic two years ago. A dangerous situation, failures, misunderstandings, hardships, awkward moments, accidents, silent conversations, disappointment, jealousy and finally spoken secrets - there's just so much they'll go through. This story is about two people who want to save each other, even if they can't.