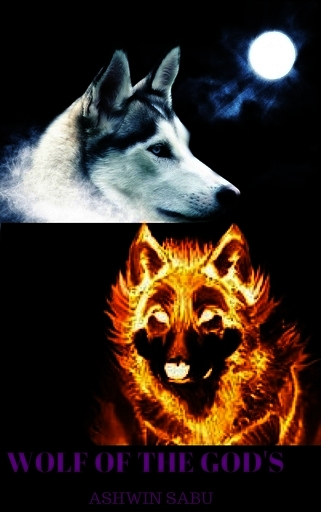 WOLF OF THE GOD'S

it doesn't take much time to change a persons life, all it takes is a second and that single second will change the destiny of a man. Will the change be for the better or for the worse? now that is a question that only time can answer

68 Reads
1 Favorite
Get the App

it doesn't take much time to change a persons life, all it takes is a second and that single second will change the destiny of a man. Will the change be for the better or for the worse? now that is a question that only time can answer

"Hades it is now up to us three brother. Athena, Ares, Aphrodite and everyone else has fallen", Hades could see a drop of tear running down his brothers cheek, Zeus the mighty god of gods weeping at the sight of all the fallen gods, his brethren dead and the olympian army crushed.

"will you fight along with me my brothers? one last time." Zeus asked turning towards Poseidon and Hades.

Hades felt anger at the thought that his brother assumed that he would leave him to fight death alone."Zeus we might have our differences, but i wont let you go into battle alone".

Zeus could feel a smile tugging at his lips but still kept a mask of indifference.he turned towards his other brother who kept his silence all this time," and what about you Poseidon, will you also fight."

"why do you ask when you already know the answer to that question Zeus?"Poseidon asked his brother with a smile playing on his lips, even at this critical situation the lord of the seas was calm and calculating, he knew that the outcome of this clash would be in neither party's favor, this is where it is all going to end!

"Zeus you do understand that we are not going to make it out alive right. if we had a few more to support us maybe we could have but now even if we combine all our powers it will only be enough to match the power of the titan,when we clash both parties will be erased out of existence".

Zeus was already aware of what Poseidon has pointed out, but they had no other option, the titan had already fed on the fallen gods life force and now grown to a far greater threat than he anticipated. if he is not stopped here, there will be no stopping him.

"i am already aware of the situation my brothers , but we have no other alternative ,if we don't stop him here, there will be no world for us to protect."

"and what about your precious humans Zeus, who will protect them from the foul creatures of our realm, all those who were banished out of earth is kept out because of our power, once we are gone they will pass through the barrier and cause havoc on earth."

Zeus again had to fight back a smile, Hades always showed his hatred to humans, but Zeus always understood that it was just to spite him.

"Hades, i am already aware of this and has taken the necessary measures. i have already strengthened the barrier and the witches have cast a spell on it so that it wont dissolve even if we cease to exit and only people who has a pure heart can pass through it".

"i suppose this day marks the end of the god's era", Poseidon sighed looking at the sun rising in the horizon.

"no Poseidon, it is just the beginning of a new era, our blood still runs in our children, the demigods, in time a new god will rise up from among them who will be far more powerful than all off us combined, he will be the only one who will wield our weapons and join them again", Zeus looked at his brothers one last time.

"it is time brothers, i Zeus submit my keravnos to be unified into the sword of aeon".