I just don’t understand why they blame me, I’d never harm any of them, the story of Violeta and Silas against the corruption and growing fallacies of the world

29 Reads
7 Favorites
Get the App

If you could crucify her —

The evening washed its dying light over the dark flowers and thorns of the wild overgrown garden.

The white sun melted into the horizon and disappeared behind the tall silhouette of the chalky cream colored house, barely upholstered by narrow waterlogged beams of wood.  The rundown house was falling apart, the outside walls were covered in dust and lichens. The rose bushes had begun to take over the front porch’s decking, violently curling around the wooden columns and surrounding plants.

I stood on the rickety timber flooring before the door of the small fallen abode, a small window glazed in pale blue paint decorated the narrow door.  Beneath the cover of the veranda, I could barely feel the evening sun on my shoulders. On the wall in front of me, placed inches beside the door, a metal plaque read in neat black cursive. “Acacia House.”  I gently opened the door, the saccharine smell of melted candles and lavender immediately brushed over me. A young girl sat at the back of the small space, bunched up in the corner, she glanced up at me watchfully with deep blue saturnine eyes.

“Oh it’s only you Silas.” The girl sighed with a hint of resentment. “I’m sorry who else were you expecting?” I groaned monotonously, feeling anything but sorry. This house had been deemed unsafe, with the infrastructure failing and in rapid decline. The only people who came here nowadays were myself, Silas, and her, Violeta, because we weren’t treated kindly in our own homes with our own families.

I was fifteen and she was a few years older, she treated me like a younger brother, despite us having no blood relations. I crept deeper into the hull of the building, wearily looking up at the unstable roof above me. “Come closer scaredy cat.” She snickered quietly.  The floor shrieked and groaned as I made my way along its uneven surface. There was a somewhat nervous yet exciting fervor in rebelliously escaping off to this dangerous place, perhaps that’s what made this place so special to me and Violeta.

The pungent lavender scent became stronger as I neared the back of the room.  Violeta wore a thin summertime dress of soft white silk folds, her dark hair neatly tied in delicate braids.  “Now that the sun is dying down, won’t you be cold in those summer clothes?” I stated, noticing the sky outside turning a deeper blue, and the sunlight fading into the horizon.

I shivered as a chilly draft swept in from beneath the door. Her skin was so pale and she looked up at me, with an ashen face, dark circles gathered around her eyes. She swallowed before speaking. “Silas, I think it’s fair time you knew.” Her voice was grave.   “I’m not going to last long enough to see the end of this month.” She spoke scarcely with her voice nervous and frightful.

“No that’s not true.” I seethed. “The kids they, they think that i’m responsible.” She whispered, body quivering as she breathed in. “How could they believe you are to blame.” I felt angry, rage building up inside of me like a voracious flame.

I could still picture the youth everyone had loved, a fragile young fledgling, her eyes a pale violet, her hair a soft snowy blonde, and her smile as gentle and radiant as the white flowers that grew in spring. The last time I’d seen her, her arms were crossed over her cold body, her face was covered in shadows, and flowers adorned her grave.  We’d cried our hearts out, she had never harmed anyone, and did not deserve the brutal denouement she’d received.

That aside, none of us children knew who was responsible, and if the children of this forsaken town could come to an agreement, they’d easily be able to persecute anyone they hated for the act.  The children formed a somewhat society of sorts, and if you were on their bad side you’d never see the end of it.

Marvin, one of the children, was the town mayor’s son, and he held his fathers trust and acted by his side, he also hated Violeta and wished fervently for her downfall.  I carefully and quietly knelt down beside Violeta. I gently placed my hand on her shoulder, her pale skin felt so cold, I knew she was nervous and I tried my best to comfort her. I could feel her posture stiffen slightly.

“I..” I tried to deny how afraid I also felt.  “I just don’t understand why they blame me, I’d never harm any of them.” She sighed, letting her warm breath turn to a veil of mist in the cold air. “They’re probably just scared. It was a terrible thing to happen, especially in a town as small as this.” I tried to reason.  “But I’m scared!” She exclaimed, voice high pitched and trepidatiously wavering. “I don’t want my life to come to a terminus, for a crime I didn’t commit.” She finished, her eyes watery and brimming with glistening teardrops.

“Please don’t be scared.” I looked into her nervous effulgent eyes, her hair was in entropy, messy and disorganized. She looked like she hadn’t slept for months, and her appearance was steadily declining, much like a tree shedding its leaves, until all that remains is a skeleton of its previous self.  “I will make sure they don’t see you as guilty.” I promised. “I know you aren’t to blame. I know.” I swore, feeling my voice rise as the fire within me grew.

Outside the sun had sunken into the ground, bleeding out its final light, a brilliant blood red seeping across the sky.  It was a serene view beyond the window, calming and peaceful, with the cool night breeze whispering against the building’s rickety walls. “You should rest. You’re only young, you have a life ahead of you.” I assured. I could feel her lean her weary head on my shoulder as she closed her eyes to sleep.

Dark and catchy, so good

Hello! Werry nice story! I like it. Wery interesting to see what will be next!)) 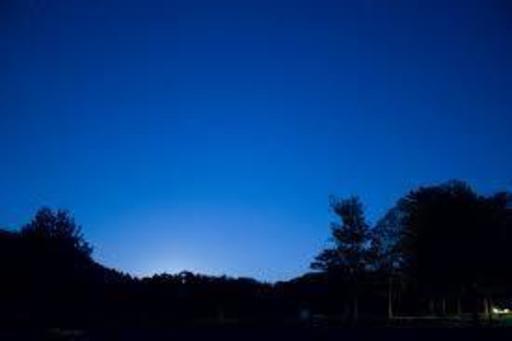 Stealing a princess isn’t that easy...

Adopted by a strange man, In a strange house. Surreal and beautiful shades fill my eyes, am I dreaming or is this reality,