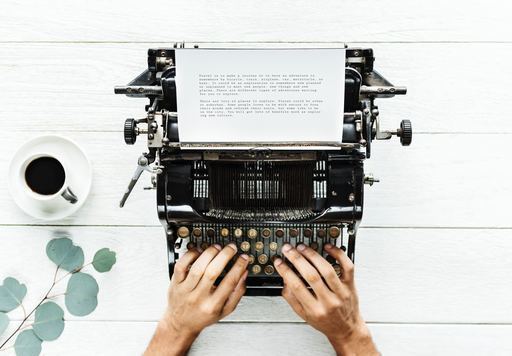 How to Create Suspense in Your Screenplay

In action screenplays, in particular, the writers aim towards awakening feelings of apprehension and anticipation, mixed with tension and fascination. Suspense is what hooks the viewer and keeps them focused towards the climax and beyond.

What’s the secret ingredient that made Citizen Kane one of the best movies ever written? Critics have dissected the story time after time, and they all agree: it’s the work of genius. As Martin Scorsese said when commenting the film, the enigma is Kane himself. You can’t know get to know him.

It’s that. No matter how many times you see the movie, it still surprises you. It keeps you waiting for the “thing” to happen and at the end, it leaves you wondering what exactly happened.

It’s the feeling of excitement, anxiety, tension, and anticipation created by an unpredictable flow of events. It’s the effect that most screenwriters aim for, regardless of the genre. It’s what most students of film request when they ask dissertation writer for help with their projects. And it’s not reserved for the thriller genre.

In action screenplays, in particular, the writers aim towards awakening feelings of apprehension and anticipation, mixed with tension and fascination. Suspense is what hooks the viewer and keeps them focused towards the climax and beyond.

That’s all good and we understand how important suspense is. But how do you achieve it in your screenplay? We’ll give few important tips on how to introduce suspense elements in your writing.

William C. Martell is one of the people we can learn most from when it comes to screenwriting. In an interview from 2014, he gave one of the most straightforward definitions of suspense we’ve ever heard: “Suspense is the anticipation of action; it’s not action itself. The minute you have action, the suspense is gone.”

It’s not something you want to rush. If you get straight to the action, there’s no suspense in your script. In the same interview, Martell gives us a nice example: you could have a bomb on the table and make it explode right away, and your audience will be surprised for about 5 seconds. But you could also have the same bomb on the table and make the audience see it, and then let the actors have a conversation about anything. Now that’s what creates the suspense.

“What you wanna do is figure out the ways to draw things out.”

But sometimes drawing out the action may fall flat. You can prevent that from happening if you tell the audience what they can expect. The audience should know something that the characters don’t know. They should know there’s poison in the water, but the character doesn’t know that and they are having a conversation while holding that glass and being so close to death.

The screenplay itself should be a masterpiece of suspense. When you extend time to develop anticipation, the audience should know this is an important moment in the film. It’s your writing skills that matter in these critical scenes. How you use that extension of time will make all the difference.

Just check out how Quentin Tarantino achieved great suspension with the shot of adrenaline scene. The conversation between Vincent, Lance and Jody goes on and on, while Mia’s life is left in their hands. Each line of the script is a shot.

Lance, on his knees right beside Vincent, does not know what to expect.

Jody’s face is alive with anticipation.

NEEDLE in that air, poised like a rattler ready to strike.

Vincent brings the needle down hard, STABBING Mia in the chest.

Mia’s head if JOLTED from the impact.

The syringe plunger is pushed down, PUMPING the adrenalin out through the needle.

This scene chills your blood when you read it. Tarantino manage to extend time between “one, two, three” in a masterful way. Every single line of the script builds anticipation, and it’s a shot that adds to the drama.

What’s the point of creating suspension in your screenplay? Well, it’s all about setting the foundation of a movie that’s worth watching. It’s about delivering what the audience wants, but surprising them at the same time. It’s not an easy effect to achieve, but we must all strive towards it.