You have an idea for a story and so you write it down. But when you go back to read it later, it just seems too short to really be called a story. These are a some of those sorts of stories I have written in the last few years. There's a page of contents inside with a blurb for each.

66 Reads
2 Favorites
Get the App

While walking in the woods one day, I came upon a clearing that had never been there before. I am still trying to find another clearing that was as magical as that one.

In a single moment, the whole world changed forever.

4. The Prince and the Peasant

"'The Princess and the Peasant'," her brother read off the page over her shoulder. "Why are you reading something like this?"
"Because I want to, why else?"
"No, I mean, why are you reading a story you already know the ending to?"

She never moves from that bed and she can never see me... though I am always there.

Hold me in you arms while we sleep just so I know we're still going to be okay.

7. This Isn't My Bathroom

He’s staring. What am I talking about? Of course he’s staring. It’s not every day you wake up to find a stranger wearing only their underwear in your bathroom at three in the morning.

[A/N: These all also have their own covers (except no. 7) but it's kind of impossible to put them on here. You can see them on my Weebly site though: auroraclarefiction.weebly.com - Enjoy! Rori]

He didn’t want to be king. Who would want to rule such a desolate and barren country? Half of it was desert and the other half was hardly hospitable either. Even through he was the second son, someone who wouldn’t usually need to worry about such a thing, there was still a need to be careful. In his father’s country, tradition dictated: the first son to have a child will be king.

He was almost safe two years ago when a scandal grew up around his older brother. A prostitute accused the crown prince of being the father of her child. There was a lot of fuss and the king even went so far as to place the title of Crown Prince on his eldest son. Eventually, everything calmed down. The woman withdrew her claim and the crown prince could continue his life of freedom and recklessness.

The king would never know the results of the paternity test or that a few million dollars had passed hands but what he didn’t know wouldn’t hurt him.

The problem now came with Matilda and our second prince.

Matilda was a small, pretty, woman with curly blonde hair and large green eyes but any appearance of beauty was marred by her tears as she knelt on the white, linen sheets at the end of the second prince’s bed. The prince was trying to comfort her and lifted her pointed chin. She slapped his hand away and went back to silently sobbing.

“You don’t understand!” screamed the woman, “What would that make me? Some slut you picked up off the street? Your whore?”

Her face was red and she slapped the prince on the chest with every second word.

“Matilda, Matty, please.” The prince took both her hands and kissed her knuckles, earning him her fingernails across his cheek.

“Stop this!” cried the prince, clasping her hands once more, “There are only two options: either you keep the child or you get rid of it.”

The woman calmed her hysterics a little.

“What-what’ll that mean for you?” She whimpered.

“I’ll be fine with whatever you choose.”

“You mean, if I keep it, you’re willing to become king?”

The prince hesitated for a moment but nodded.

“I can’t do that to you,” she whispered.

Her tears had calmed to just a few sniffs. The prince finally dared open his arms and Matilda fell onto his chest, placing her ear against his beating heart.

He stroked her hair softly, “Why didn’t I just marry you?” he murmured.

Matilda looked up at the man. “You know why.”

“Sure, it would be expected that I’d inherit but that’s so much better than this situation.”

The prince kissed the top of her head. “Why not? You’re beautiful, smart and kind; three key qualities to a good princess.” He smiled.

“Well, I’m from here, aren’t I? I’m a foreigner, would your country really accept me?”

He laughed softly and Matilda felt the buzzing in his chest through her cheek.

“What about your brother,” she said, “Will he mind?”

“He doesn’t want it either.”

“And what about your nephew? What’s going to happen to him?”

“No one knows, except Alvah and the mother. He’ll probably grow up thinking he’s normal.”

“He’ll be alright. No body misses something they’ve never had.”

“No, but people are jealous of things they’ve never had.”

The prince blinked. She had a point.

“He’ll be alright,” he said again after a pause.

There was silence for a moment more before Matilda spoke. “Can… can I really keep this child?”

The prince held the woman a little closer and Matilda heard his heartbeat quicken before he answered.

There are people, I’m sure, who grow old and die without once feeling the warm pull of love on their hearts. Whether that love is returned or not is entirely unrelated, but for those who have never felt that strange elation, that fear and hope, that anxiety mixed with that undeniable sense of adventure, well, it is fair to say, they have never lived at all. I have lived. As I am sure many of you have. I am an old man and already destined for the grave but once, when I was in the prime of youth, I experienced that impossible myriad of emotions that is ‘love’.

My first experience of life, and let me confess now that it has been my only one, occurred one early autumn day. I was but nineteen and my father, just recently passed away, had left me the head of the family. So I walked, to try and cleanse the huge responsibility from my young shoulders. I walked through this tamed wilderness at the bottom of, what was now, my garden. Suddenly, I happened upon a clearing. I had walked this path on numerous occasions and I could not recall there ever being a clearing there. A tiny stream ran through the open space, singing sweet hymns as it went. And there she stood, in the dappled light, dripping from head to toe, as if she had just emerged from the stream behind her. Her hair was the colour of the autumn, her skin paler than those pebbles that bounced and jostled along the riverbed, her eyes the green of a shaded grove, her lips redder than those poppies that anxiously poked their heads above the grass at her feet. Even her dress, all tendrils of green, seemed to have just fallen from the trees around her, ready-grown. With a perplexed expression spread across her pointed features, she looked at me as if wondering what manner of creature I was.

“Have you come to take me away?” she asked in a voice like the wind blowing through the trees.

I, of course, had no answer for her. I only looked a moment more before turning away, for she was hardly dressed.

“Please, Miss, cover yourself.” I begged, shielding my eyes from her self-exposure.

I received no reply and, after keeping my pose for a near half-minute, glanced sheepishly under my hand. The girl was gone, as was the stream and the clearing. I only saw before me the continuation of the path I was on.

Whether I imagined that unimaginably beautiful girl, or not, I will never know. I walked that path everyday afterwards for six and forty years, until I was too weak to walk at all, in the hope that I would meet her again. I suppose I loved her for her simplicity, her wildness and her calm temper. Of course, there is always the possibility that she was, coincidently, just the right girl at the right time. 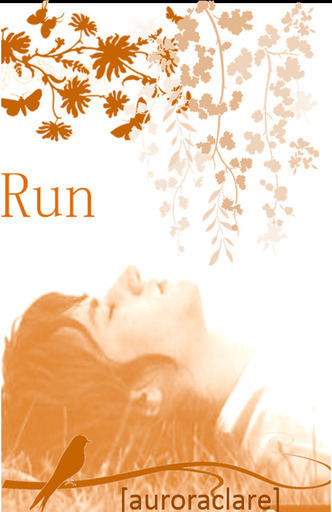 The sequel to Everest, although it works as a stand alone book too. Four years after Aiden Richards was killed and ARC collapsed, the world is on the brink of falling apart again. Every city must contain no more than 100,000 people. This was the order that sent Aaron and London on the run from their own organisation. Now they must race against former friends to see whether London Crawford’s legend can live up to expectations and hold more weight than Everest’s puppeteer-like existence. 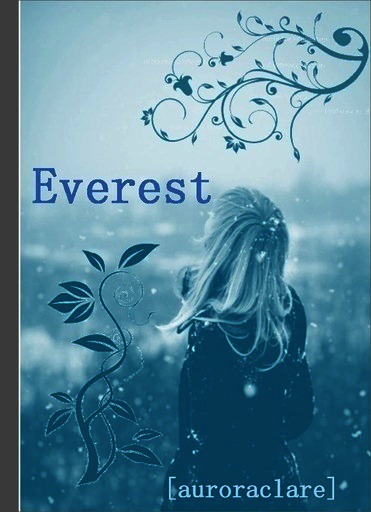 The first in a two book series, Everest follows the story of London Crawford, a 16 year old girl with frumpy clothes and crooked teeth, as she tries to save the world. The year is 2042 and the world is a mess. Ten years have passed since ARC – a mysterious organisation with unknown origins – completed their stranglehold on the world. Now, with anything and everything that may contribute to global warming stolen away, it is a world where anyone should be glad to see the next sunrise. Everest, the former super-power, has fallen into ruin. Over the past decade they have lost more people to abduction and murder than they can survive. Yet... 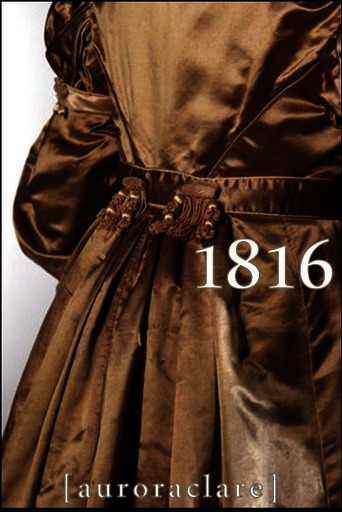 Emilia Hart has somehow managed to transport herself back to 1816. She's suddenly thrown into a life she has, supposedly, already lived 17 years of. She needs to return to 2012, to her family, and to sanity