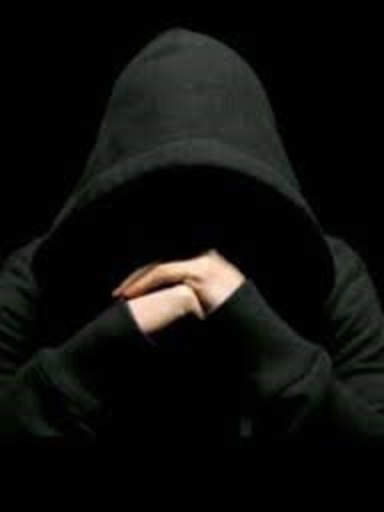 I never knew it was wrong. I never knew I did something wrong. Now I have an enemy who wants to destroy my life.

44 Reads
0 Favorites
Get the App

It's my lucky day Daniel thought to himself. A scruffy man dropped his wallet  and everything slipped out. Daniel hurried and helped the man. There was a credit card, Oyster card, business card and a fiver. He couldn't help himself so he took the fiver as his own.He walked over to nearest McDonalds and bought himself  a meal and still had three pounds left. So he kept the rest in his safe. It was unfortunate for him because he didn't think of the negative situations that could occur in the future.He didn't how important the money could mean to the man. If he doesnt fix this quickly enough, it would result in him trying to survive life or maybe just loose it before the blink of an eye.

It was frosty and bitter that night in London. Many street lights and house lights illuminated the whole city, disguising the vacant streets. Christmas was just around the corner and Daniel decided to spend a week before the special day by the edge of a forest. He was hanging out with his best friend Josh who went to the same secondary school him. At this moment at 11pm they had no Wi-Fi or electricity so they decided to burn wood. However, they just got bored a minute late and they went to bed.

Shortly afterwards, there was a man trekking across the forest floor, searching for the boy who took his five pound note. He has been searching for the foolish boy for four days but infuriated hope hasn't come his way. Anger is the only thing you would find in his soul. If you dug deeper stronger anger is all you would find. His plan was to find the boy and force him into giving the money back. Unfortunately, there was a consequence if he couldn't give the money. Death.

Meanwhile, Josh was fast asleep but Daniel just couldn't keep his eyes closed for a minute.Daniel had no idea what was wrong with his head an if it was a real problem. Something was telling him that he should evacuate the forest immediately. He crept over to Josh and shook him. Now the voice was shouting. "EVACUATE THE FOREST WITHIN 15 MINUTES! EVACUATE!" Suddenly, the voice vanished. Now Daniel was really concerned about this and shook Josh violently. Josh woke up. "We must leave" said Daniel

Josh was walking by Daniel side after having enough of being dragged in sleeping bag. Daniel did not have a clue where on earth he was going but as long has he didn't have voice screaming in his head during the night he was fine.

"WHERE ARE YOU, YOU STINKY LITTLE BOY?" Echoed the mad man. At this point he was well over the roof. The worst days of his and Daniel's life had just began. "WHERE ARE YOU?"

An echo reached Daniels eardrums and it startled him at first. Once he thought back the sentence again, he switched to alert mode. "Josh we have to leave know. Right now." Then they were off. Daniel was dashing through the woods and Josh was right behind. Neither  of them knew where going they just ran straight ahead. However, the only problem was they were getting closer and closer to the mad man. They were going to have a bad time. Approximately, twenty seconds left until they reach the man. Fifteen. Twelve. Eight. Five. Two. One. Half a second. ZERO.

They passed the man. They paused for a moment wondering why he was also in the forest and where about to resume to their running but the man stopped them. They didn't know the man knew Daniel and hated him like hell. "Hey Boys, come 'ere. Any one of  you called Daniel?" said the man.

"Ah, you remember the day you perhaps stole a fiver from the floor?"

"Yeah.." Slowly losing the confidence he first thought he will be able to maintain.

"Did you wonder if the money belonged to anyone and how important it could have been to them?"

Daniel had a feeling it might have been his so answered by shaking his head.

"Hmm... you probably understand the point I'm trying to raise now. So you have it on you now? 'Cause if you don't," slowly raising his voice "you would only have 24hrs to give it back and if you don't..." he chuckled " you are going to wish you had never had that brain of yours. Never. If you don't give it back before. YOU MIGHT NOT HAVE A BRAIN AT ALL!" And he left chuckling again. Daniel stood there paralysed.

How was Daniel going to make enough money? He hasn't been on his best behaviour recently, so his mum won't give home money neither would his dad. He knew he couldn't find any brilliant solution on his own so he called Josh over.

Josh predicted what the problem was when he took a step inside, "So what what are we going to do about this dumb five pounds that he needed? Wait, why would you even pick money from the floor anyway?" That question, Daniel did not have any words. He wandered to himself, why did he pick it up though? He did feel incredibly ashamed of himself but that question ran out of his head.

Daniel lead the way up the stairs. Josh found the stairs quite strange has his stairs are covered in carpet and so are most people. However, Daniel's stairs were ever so clean and well-polished compared to his old carpeted one. They entered Daniel's room and sat on his bed. Daniel brought over his laptop and a notebook. Daniel started the conversation by talking about how he changed his house and why. Josh kept in mind the things he likes so he could tell his parents. "So," began Daniel "how am I going to get five pounds?"

"Errr... Just ask your mum? Or dad?" Said Josh like I was too stupid to think of that.

"But they would never give five pounds to me unless it's for school or I did something amazing."

"Oh. That's just sad. BTW my mum doesn't know why she should give you money."

I think I had an amazing idea, "We can raise money for it!" I shouted out.

Then they got cracking.

10 hours. Daniel was on his PS4 playing FIFA 16 online with Josh.They were both back in their houses and Daniel's mum came back home from her shopping."Daniel lunch is ready!" Yelled mum from downstairs"

"Okay mum!" Daniel called back. He ran downstairs; he was not going to miss lunch a minute late. By now he had completely forgotten about the 24 hours nonsense and so had Josh. He rushed dinner to continue on his PS4. Within 15 minutes, he had finished dinner and he was back in his PS4. At 10pm, he crawled over to his bed and slept off.