Rippin' the Souls Away

Popular culture has gotten more and more aware of some things in my world. I have seen an increasing number of ghost shows, explanations of supernatural occurrences, and fictionalized accounts of what happens after a person dies. But no one ever really notices my part of the work that happens when someone leaves the mortal world. I can't blame them; my job isn't nearly as flashy as being the person
that takes you to the great beyond. Reapers get all of the glory. I don't even know what the great beyond really is. I think there might be a heaven or hell type of thing, but that information is way above my pay grade and I have never really cared enough to bother asking. In fact, I'd rather not know, because knowing would mean I was on my way to where ever that might be.
Instead, I do what I do and watch people with my free time. Seeing 800 years pass really is quite remarkable. There are centuries of people that made some incredible things happen, whether they were inventions or movements, and I love being a spectator to that. The reapers don't really get to watch what happens so much because taking a soul away to Beyond is a lot more time consuming than just taking a soul from the body.
That's what I do, by the way. It's not all that glamorous, but it's a task that must be done. I have a
lot of down time some days, since my little town doesn't have all that much death going on. But I like the slower life of the middle of nowhere. I've seen slaughters and massacres, natural disasters ands plagues, anything you can imagine. While those provide a lot of work for me, they don't really give me
the time to sit back and appreciate the life that is.
My name is Oz. I was born Osbeorht in the year of our lord 1321. It really wasn't that great of a time. I
mean, if you like living hand to mouth every day, working from dawn to dusk, having nothing more than trying to survive, it wasn't the worst thing. I suppose I didn't particularly mind the ale, since it was safer to drink than water and was freely available. Sometimes I look at food and wonder how it would taste, but being on another plane of existence doesn't really make tasting chocolate or sardines possible. The chocolate in particular is intriguing since there are people who will trade their health and well-being
for a brick of chocolate. Oh, and the wide variety of ales and beers. I think that is probably what I miss most about being alive: having a nice, strong ale at the end of the day to send me off into a good night's sleep. Come to think of it, sleep is something I miss too.
But I digress. My job may not be as exciting as determining where a soul will spend eternity, but that
doesn't mean it isn't important. There is a lot more to ripping a soul away from a body than just sitting there waiting for someone to die. It's all in the timing of the soul removal, the art of peeling away the energy and light of a person from their physical existence that makes the difference in how the whole
thing goes down.
See, a soul isn't just sitting in the body like a ball would sit in a box. It is sticky and completely attached in some places more than others. And when a person dies, their soul can remain in the body. The best way I can explain is it would be like if you randomly woke up inside a dark box with know knowledge of where you are or who you were before you showed up there. It is a mix of terror and pain, not
necessarily a physical kind of pain but pain is the only way I can explain it so that a living human might be able to understand what it means to have a soul left in a dead body.
The experience of dying can only be described as terrifying. The confusion and utter lack of understanding creates an indescribable situation for a person. That is where my judgement comes into play: I can let a person experience that suffering. I can leave a soul to wake in that black box of terror for as long as I feel is necessary. I don't really measure time the way you do, but let's just say that the equivalent of a few minutes left in that box can break the strongest of souls.
But the act of dying can be just as bad. That's why we will rip souls and leave their body after a particular situation. I believe you guys call them brain-dead at that point. Sometimes the body will be in the middle of dying and I'll rip a soul out right away just to spare the soul the pain of dying because it can change you.

The thing is, I don't necessarily base that decision on what a person has done in their life. Some souls are just bad. I can see it. It's like the color of light that surrounds their energy is darker and has this kind of silver sheen to it. Those are the people that are capable of truly sinister things without a moment of regret. And those are the people that I am willing to leave in their body for as long as possible. I don't really know why I do that, but I feel like it is a payment for their nature. Even if they haven't acted on that nature, there is something about knowing what they are capable of and how they make their decisions that makes me hesitate, even just for a moment.
But then there are these souls that I come to and rip them before whatever is going to kill them is even
in sight. There was this man one time that had a bright, shiny soul. He had made his mistakes in his lifetime, but I don't think he was true of any real evil. He wasn't even someone I had watched for a particularly long time, but I ripped him before the driver of the car that hit him even decided to go to the store. Anyone who talks about his last day says he was out of character, flat, just not quite himself, almost even zombie-like. That's because they weren't talking to James; they were talking to a whisper of him. I ripped him because I didn't think he needed to go through those hours.
A soul knows. The person might not acknowledge it, but that thing I can only describe as pain can set in
hours, even days, before their death.
And sometimes, I leave them to suffer. Not often, but if a person did something truly horrendous or was capable in their basic nature of some horrible act, I will leave them. It's rare that I do that. I don't really like it. I used to get this strange high from the power trip and I left people that had any kind of a mark against them.

I imagine every ripper has probably had those kinds of dark days. I don't take pride in that time, but I won't hide from it either. 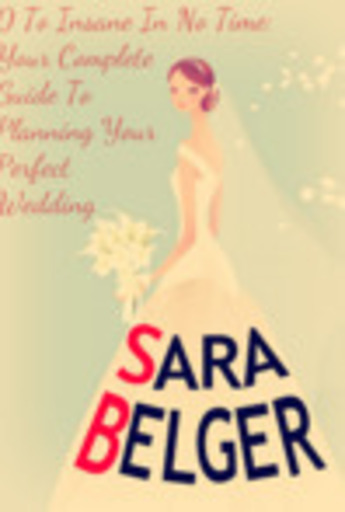 0 To Insane In No Time: Your Guide To Planning Your Perfect Wedding

Melanie is planning her wedding and she has the ultimate guide to go by. But what happens when she takes the tips and tricks offered just a little bit... overboard? Note: This is an unedited NaNoWriMo project! There are bound to be plenty of typos and mistakes so please bear with me :)