A daring thief takes a risk to end a war.

90 Reads
6 Favorites
Get the App

The world is vast when seen from above, rolling green hills merging with the brilliant blue sky in the distance. Beneath the Thief’s boots the ledge made threatening cracking sounds, as though it would crumble away completely at any moment. If I am to die today at least I have seen this, the Thief thought.

Below, hidden in valleys, tribes of humans cowered around tiny fires, terrified of being noticed by the Gods that ruled over them. It was Prometheus’ fault. He had started all the trouble when he stole fire from the Gods and sown dissatisfaction amongst the humans. Someone had to do something and the Thief had learned of something even more valuable to the Gods than fire.

The Thief had set out in pursuit of it. After many months of searching out secret paths, of speaking to hermits who spoke only in riddles, the Thief finally found the way to sneak into Olympus itself. Every step was fraught with danger and death was preferable to discovery. Prometheus endured an eternal punishment that was far worse than death, but he must have expected it after he bragged to everyone who would listen that he had dared to steal from the Gods themselves.

From the shadows the Thief saw the treasure, glowing softly with a shifting aura of light. Of course it had been guarded, but the Thief had been prepared. A horn of finely ground powder bought from a mushroom herder added to their pitcher full of wine and the guards fell into a drugged sleep minutes after drinking it. Things should have gone smoothly after that, but the Thief had just picked up the treasure when a servant saw the guards lying on the floor. The Thief ran from the servant’s screams that echoed off the walls.

After running down so many corridors the way out was impossible to find. In the end the Thief climbed out of a window in the hope of seeing a way to escape.

Cries of “Catch him! Get him! Why haven’t you got him yet?!” reached the Thief’s ears.

The Thief laughed silently into the wind. Him? Get him? She gripped the stone at her back with aching fingers and drew slow careful breaths to calm her rapid heartbeat. A gust of wind tugged at the bag tied to her belt. In it was the Sacred Scroll, the Gods’ precious words that she had stolen from them.

Not spoken words that disappeared the moment they were said, words that could last forever. Words would finally make humans immortal, the equals of the Gods. Unlike the fire that so far hadn’t proved to be useful for anything much.

Words were a weapon that could turn the tide in the war with the Gods, it was humankind’s one chance for salvation – but only if the Thief wasn’t caught.

She looked down at the world again. If she could steal words from the Gods what couldn’t she do? She could do anything. 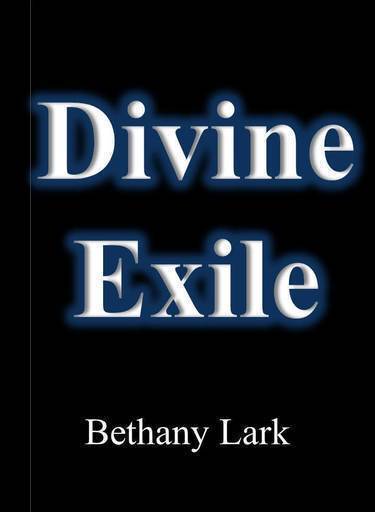 At sixteen years of age Devesi has accepted that she is a non-person and every day she pushes her magical abilities to the limit to survive. After the abuse she suffered for more than a decade is revealed she is taken in by new foster parents. Surrounded by strangers that are determined to become her family, Devesi learns what she is truly capable of while keeping it a secret. Let the lies begin…

A prince who will go to any lengths to get his happily every after and a witch who refuses to be compliant.

The definition of the word "Alien" may need to be re-evaluated.