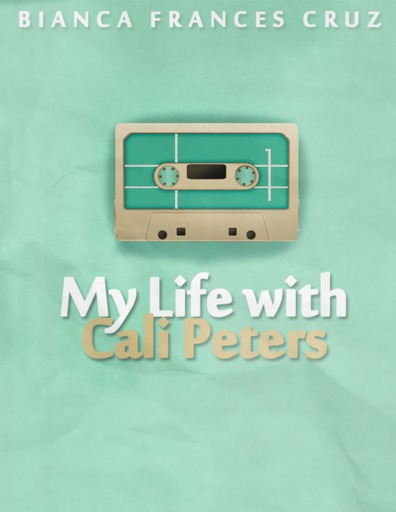 My Life With Cali Peters

There was a piece missing in me, and I was certain I found that tiny little detail on my first train ride home from school.

31 Reads
1 Favorite
Get the App

I used to live in everyone's dream: a 3-story house in New York, a butler, a poolside, a chauffeur, a game room, everything. Except that didn't last as long as I expected. Kids befriended me, yes. And I always thought it was because I was approachable. Obviously, that wasn't it. They took more advantage of all the riches in my parents' pockets than I did. As ridiculous as it may sound, I just wasn't contented. There was a piece missing in me, and I was certain I found that tiny little detail on my first train ride home from school.

Owen, my parents' chauffeur, was waiting in front of my school's main entrance yet again, after I told him a dozen times to wait for me at the parking line where there were less kids glaring at me for being obnoxious. They never actually mentioned, but you could tell by the way their eyes roll bitterly that I look like the bad guy here.

I'm not, I wanted to tell them.

With that, I walked up to Owen, told him I was taking the train home. I figured he wouldn't budge, and since I was already the bad guy in everyone's eyes, I thought I might as well use this power to use and slip a twenty in his breast pocket.

"You want me to drop you off the subway?" Owen asked. I said no. I could do this on my own.

When I finally got down the subway, I realized I had no idea what I was supposed to do. It was already 9:00 PM and surprisingly, there weren't a lot of people. Not that I actually knew what a subway was supposed to look like. I asked the lady behind the booth for a ride to Queens and she looked the least bit interested, handing me a ticket and offering her hand for the fare.

I walked my way up to the spot where people wait for the train. I could count the people with both my hands. There's this mother with an infant draped in her arms, sitting by the benches. Her eyes looked tired, but she nestled the baby under her arms. There was a man, collecting loose change from a can and pouring it into his guitar case, tired as well. There were a few more faces, all of them telling a story that they just want to get over this day.

And then I saw her.

She was standing still in the yellow border. I've never been down a subway my whole life and I already knew that that wasn't safe. But unlike everyone else's eyes, hers spoke an actual live story. I suspected that if I didn't do something about her stance, I could be witnessing a bizarre moment that would just lead to my own psychological trauma. I called out for her.

"I don't think you should be that near." She didn't flinch, but her eyes were startled for a second.

"I don't think you're from around here much," she smiles, returning back to her posture. So she does this all the time? I asked myself. I looked at the rest of the people, and they weren't even bothered by her.

"Actually, I don't usually ride the subway," I sugarcoated my words. "Do you know where I'd stop for Queens?"

She laughed and I creased my forehead. "You're in the wrong platform, this goes down to Bronx." I muttered an 'oh', checking my watch. I was already late for dinner and my mother would surely fry me up with questions. I just had my back turned to head to the other side of the subway when she spoke again. "C'mon, stop trying to make things so complicated."

"Why else do you think I'm near the border line?" she asks indifferently. "Come on, we're jumping."

"Oh, don't be such a wuss." She perched on the far away platform for a good run.

"You're going to kill yourself."

"I haven't died, have I?" Without caution, she ran down the rail, shrieking a laugh as she lifted herself up on the other edge. "Come on, you wuss!" She screamed.

I had that horrified look in my face, but the rest of the people just sighed, shaking their heads. I didn't know what hit me, but my feet were already guiding me backwards to spurt down the platform.  Suddenly, my feet were dashing along the gravel. I heard the stranger's amused laughter, helping me up. "Not so bad," she laughs.

I look over at her to familiarize her face. She was a few inches shorter than me. She hugged a denim jacket around her torso, which hid a flannel shirt underneath. Her mousy brown hair almost looked like it was melting. Her eyes were dark, like they were filled with secrets. She was a mystery. The girl who had me risking my life was a mystery. "What?" she asks, tapping her boots.

"What?" I hesitate at first, thinking she could hear my thoughts.

"Why are you looking at me like that?" she cocks an eyebrow.

I felt the heat rising up my face. "Because you're crazy."

She scoffs, "You did it, too." She looked out the window, marking an end to our conversation. I looked outside, too. It fascinated me. It's like I was zipping through space, zipping through all the bullshit, draining it out of my system. That's why since then, I fell in love with riding the train. "This is your stop," she said.

"You're gonna want to get out now, that door's going to close any minute," she chuckled.

I nodded quickly, feeling red all over again. "Right," I dashed out of the train, waving a goodbye. Waving a goodbye at the girl who changed my life forever. And I never got her name.

"You deliberately disobeyed our one and only favor!" 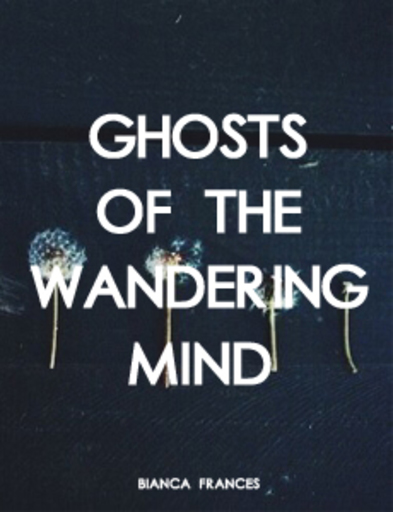 Ghosts of the Wandering Mind

Shortly after Vernon Lewis' school shooting massacre at the Spring of 2015, Brighton Hughes - a survivor of the attack, claims that Vernon didn't randomly shoot her. After seeing the look on his face as he pointed the gun at her, she knew she was the reason the massacre started in the first place.