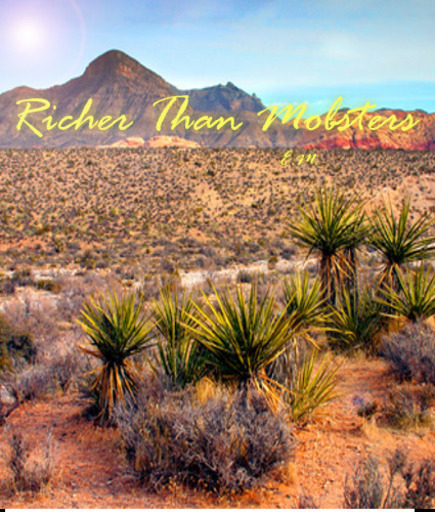 It's richer than that.

This is an answer to the latest prompt: Write a 1,000 word story that shares the beauty of your hometown without using any speech tags.

It deserves so much more than just one thousand words. The place has so much history; it's rich like chocolate and mobsters with champagne. Ages ago, this place was an ocean. It teemed with life prehistoric, both big and small. If you go far enough north, you can find trace fossils of the creatures--the sponges, the plankton--that lived in this shallow sea. If you go far enough north, you can see that place where the meteor hit. They call it "breccia." If you're lucky it will rain when you go there, and you can see the dead things come to life once more under the sky's rare tears.

Now the land is dry and hard. The ocean floor is clay, peppered with dry shrubs and yucca trees. You'd never know by their sad appearance that they're related to the pine, but if you go far enough west, you'll be met with snow and forests of their cousins and crystal clear lakes up there in the mountains. It's like living in a bowl or a castle, with the rocks jutting up like spires from the Earth all around you with their bright reds and variant browns. To the north they stand tall and sheer, in the east they lay lazily against each other. In the west they form a cradle and crown for the setting sun with its cotton candy pink and fire orange sunsets. They wait there, on all sides, trying to catch visitors as they leave. They remind you which way is home. They shield this fortress from the dangers of the outside. Or maybe they shield the outside from us.

The Paiute called this place home. Their ancestors, the Anasazi, taught them how to make this fruitless and unforgiving land produce the things essential to life. They labored and toiled and thrived here. Some say the mobsters lived it up in this town, but the Natives were the ones who really lived in this beautiful place. I almost wish I had been one of them. The time of Mormons and Miners came and went with their traveling railroad towns and gambling halls and whore houses. The Spanish had been on to something when they came here searching for precious metals. The land was rich with gold and silver. But the people here wanted more than riches. An author and his cousin and some townspeople and their wives fought long and hard for statehood. This was their home now. The Paiute had been forgotten.

And then, looking to escape prosecution, the mafia found refuge in this natural fortress. They founded an oasis of questionably legal vices. They called it "the strip," and it drew visitors from far and wide. There were battles and drugs and backroom deals but it was peaceful nonetheless. No one dared intervene. The time came when businesses were allowed purchase land and build hotels and casinos. Everything had a theme. And when the nuclear testing began, it was a new spectacle for those who had grown bored of the oasis' limited offerings of gambling, drinking, horse riding, and sex. No one thought of the dangers of it. Soldiers were used as guinea pigs with black goggles over their eyes, but no one knew that either.

And then something happened. The strip became more than just the strip. A community grew around the sinful center and it expanded and expanded and is still expanding today. My grandmother remembers when she moved here. They lived on the outskirts of town, the very northwest edge, where Craig meets Durango. It was all gravel roads at the time, but now the city is well developed far beyond that point in all directions. Schools cropped up everywhere to accommodate for the sudden boom of children. Sin city became the place most heavily laden with churches in the whole country and thus became the biggest oxymoron of all. Like redemption for all the sins committed there in all the ages could ever be reached. It was as though the church was combating sin on the front-lines, but it didn't change anything.

In 2008 the market crashed and people from everywhere came to Vegas for work. As a result the population increased to two million people. Even more schools and churches were built. The Mormons moved back in as well some time after the mafia quieted down. And there came my family; my mother and father and brother and me. I hated it. I called it ugly because I did not see the beauty in the millions of years old dirt in my own back yard. I despised the "lack of seasons" as it was called. School was far from home. Everyone was so different. There was not beach. But then something changed in me, and I learned to love this place with its sad pine cousins and fossil-filled dirt and brown and red rocks cutting the bright blue sky. Even through the endless road-construction I suddenly loved the place. The city is ten minutes away from nature. "All the way across town" means forty-five minutes down the road. Wherever you go, there is someone you know. And the seasons are perfect for someone like me. And when the thunder storms come and flash flood warnings ring out their annoying tune on the radio, I secretly am filled with joy because I get to watch the sky go to war with the earth and I get to see the beautiful, colorful products of that.

And the funny thing is that half of us here hate it and half of us here love it. In high school, we plotted our escape plans, but few ever really made it out of the fortress. We joke that you never really leave Vegas. Some of us have, though many have come back. It's a good place with rich history and dangerously beautiful features. It's a city, a suburb, a small town, and a rural county combined in one. And it deserves way more than just one thousand words.

Elie and the Crimson StoneThe Wordsmith

Elie and the Crimson Stone

The first in a spectacular steampunk series entitled Elie's Magnificent Adventures! In a world where alchemy is a viable science and gears and steam are the masters of technology, an ancient artifact threatens to change the status quo. When it is discovered that the ancient Alkimiyan texts and the mystical Crimson Stone are hidden in a secret location up in Beringia, the Artifact Recovery Corporation employs young adventuress Elie Meade to find them. Will she bring the priceless artifacts safely to A.R.C. headquarters, or will the power of the Crimson Stone fall into the wrong hands? 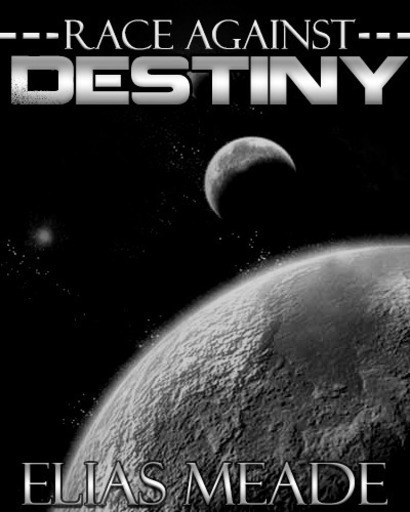 Can a species ever evolve too far? The people on the planet Zeus have become so advanced that they are evolving backwards. They have become dependent on the limited resources around them--and those resources are about to run out. Follow two people's desperate search across the universe to find the one substance that can save their species from certain extinction! This is the riveting sequel to the science fiction novel "New Data." DISCLAIMER: Even if a book is finished, I might only post a portion of the story online. I will email the rest to those who are truly interested in continuing the read. 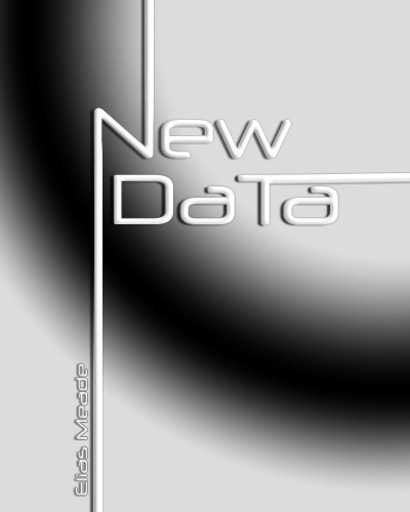 Science fiction like you've never read it before. Follow the adventures of the people aboard the ISS ORION as they traverse the universe and discover the dark fate of ancient humanity. "This story will really make you think!"