We Put the Fun Back in Funeral: A Fictional MemoirAmi C. Tain

We Put the Fun Back in Funeral: A Fictional Memoir

71 Reads
1 Favorite
Get the App

My earliest memory is holding the hand of a dead woman. Her skin was cold and dry and she smelled of the embalming fluids that James had just used to replace the natural fluids that had stopped pumping sometime in the last week. I didn’t know her name then. Later, James would tell me that it was Lacey.  I know that because I still have the picture I drew of her in a stack of old school work and her name is scrawled in my child’s hand across the top. She was in the dressing room and James was putting her in a beautiful peacock blue skirt suit. It was the color of the suit that had drawn me in there.
Usually, James kept the doors locked when he was working, but I guess he figured that since I had been put down for a nap that it would be easier to work with the door open. It was cold in my room, that was why I woke up. The goose pimples on my arms and legs drew them inward to try to keep warm against my stomach. I had pulled a thin blanket over me, but it wasn’t enough to keep my 4 year old muscles from contracting. I woke up and went to sit in the big living room where the fireplace was. James had lit a fire that morning and it would still be the warmest room in the house. I pulled my favorite sweatshirt over my head, gave the purple unicorn on the front a friendly pat and headed down the chilly hallway.
I saw the flash of blue out of the corner of my eye. To a child an open door that is usually closed is like the magic and I still remember the sense of wonder that filled me when I pushed open the door even further and saw James dancing around the beautiful dead woman on the table. I knew she was dead. James had been very honest with me from the first moment that I showed any awareness of my surroundings. He explained the process to me repeatedly over the years so I never held the same fear of the dead that I knew a lot of my friends did. To me they were the beautiful husks of someone’s life.
Lacey was no different. He had brushed her snowy white hair out behind her and had sewn her eyes and mouth closed so that she looked like she was listening to a beautiful piece of music. I know that whenever possible, James used a picture from when they were living to give them the most realistic and life like look possible, but I had a hard time imagining that some of them ever experience the level of peace in life that James seemed to give them in death. He had already put make up on her, tasteful and minimal; just enough to give her back some of her missing warmth.
She was lying on the table wearing a satiny slip and a pair of nylons. A pair of black pumps was sitting on the side table next to the jewelry that James would place on her as a part of the finishing touches. The blue suit that I had seen on my way down the hall was being taken off of the hanger. I knew that I probably wasn’t supposed to be in there, but I hoped that if I was very quiet and respectful of the beautiful dead lady then James would let me stay. He had been whistling a tune when I came in. I know that he saw me because he stopped. James was always self conscious about his whistling. Even though I told him repeatedly that I thought that his ability to whistle anything from memory was one of the most impressive things about him, he insisted that whistling was something that someone only did in private.
When he didn’t ask me to leave or promise me a piece of pie if I let him finish I knew it was okay to stay as long as I didn’t get in the way. He took a lint brush from the counter and ran over the suit to get rid of any errant pieces of lint that may have been lingering. Then he proceeded to dress her. I learned later that, to some it looked like he was dressing a life sized doll, I always saw it that he was helping them get dressed for the last time. He didn’t struggle with their clothes, he took his time and dressed them with the same care that  most people reserved for the living.
After Lacey was dressed and he had slipped her shoes on to her impossibly tiny feet and had put on her jewelry, he stepped back and looked at her.
“What do you think?” Even if I expected it, I was always startled when he spoke. He didn’t usually break the silence that cocooned his embalming rituals.
“I think she’s magnificent.” I had just learned that word and even though I wasn’t entirely sure if it was the correct one to use, it felt right.
James nodded and walked out to prep the coffin. After he walked out I wanted to get a closer look at her. That was when I reached up and touched her hand. She didn’t magically sit up and come back to life. She didn’t wink at me. There was no ghostly presence and the only chill in the air was the one of a poorly insulated house in winter, but as I stood there holding that dead woman’s hand I felt calm and I hoped that she felt that way too 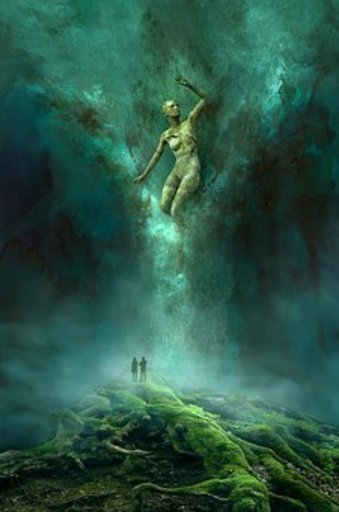