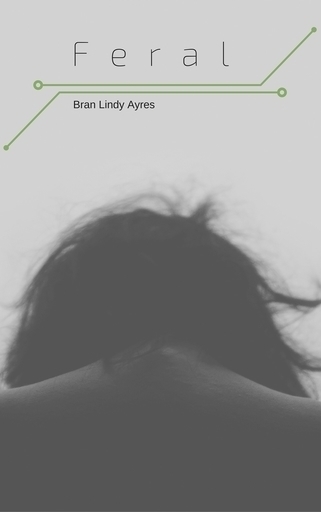 Traian is a feral, one of the few assigned to help the humans control their crime rates and stop meta-human rampages. But someone has discovered his weakness and now all feral might be at risk along with the entire human race, meta's included.

98 Reads
1 Favorite
Get the App

The stench smacked Traian in the face like a well-placed punch. He gagged and clapped a hand over his mouth and nose. The smell, a combination of rancid meat being cooked in the afternoon heat and an underlying whiff of burnt coffee and vinegar wafted from somewhere within the bookstore.

Eyes watering he shuddered, swallowed, backed away a few steps searching for clean air. Normally he loved bookstores, the subtle scents of parchment, ink, leather and oils of a thousand fingers like a fine bouquet.

“I know you’re here.” Traian nudged the front door open with a heel while keeping an eye on the dim space. “You might be able to mask your smell but I can hear your heart thumping like a scared rabbit.”

In truth he could even see their electromagnetic signature as they crouched behind an old book covered table. The white-hot luminescence of their heart bleeding out into reds and oranges. Human? At least humanoid. Unlike the Feral. Unlike him. He shook off the thought as he would shake water from his hide.

“Surrender. This doesn’t have to be difficult.”

His ears twitched at the whisper, tainted with fear and … pain? That might account for the odd hitch in their breathing.

“I promise; you come quietly and no one will hurt you. We can get your wounds seen to.”

“I’m not going anywhere. You want me. Come get me.”

Something about the low grating tone and determination sent a trill along Traian’s shoulders and his wings trembled where they were clamped tight against his back.

“Fine.” He said as he crouched, wings unfurling over his back as he prepared to jump. He would be paying for the damage to the books out of his own funds, but this being couldn’t be allowed to continue their crime spree.

Traian clicked his teeth together and shook his head. Meta-human? Since when did that mean he should back down. Besides this one didn’t smell like a meta, they smelled all too human

Iron, triglycerides, adrenaline, serotonin, the scents crashed over Traian and he jerked his head back, wings snapped closed. The impact sent him stumbling to the side, away from the door. With a roar he pivoted and flung a wing out to block the door. Leathery membranes nearly snapped but held. Agony rippled through Traian, sending bolts of red through his vision. He flicked his wing forward, disregarding the pain. A small figure tumbled across the floor.

The human stared up at him. Eyes blacker then Traian’s scales peered at him. Over the coppery scent of blood a new undefined scent emerged. Something bright, glittering and cold, like flying through snow.

“Y-you’re … what are you?” The human managed as they righted themselves.

“Your rescuer.” Traian managed a smile.

Traian started to laugh when the human took something out of their pocket. A deafening womp womp womp had him clamping hands over his ears. It couldn’t block out the sound. He squeezed his eyes closed as pain thumped through his head.

Residual pain crawled around his temples and made his horns ache but the book store was blessedly silent. Too silent. Only the gurgle of pipes and the hum of electricity along antique copper wires.

Oh you little shit. Traian growled and shoved himself up from where he’d curled on the floor to get away from the agony. You had to go and make it personal, didn’t you?

Pulling his goggles down over his eyes, he stepped outside. Nowhere in sight, but there was no way he was going to forget that scent anytime soon. Or that cocky head tilt and beautiful eyes the color of polished obsidian.

Nostrils flaring, Traian took in several lungful’s of air. There. Headed east back the way they’d come. It bothered him that the scent of the little human’s blood was stronger now. Perhaps the guard at the museum had indeed managed to wound them as she’d claimed. Tongue curled in disgust at the thought of the barbaric projectile weapons Traian quickened his steps. He didn’t dare take flight and lose the scent even though every part of him urged him to hurry.

His team had cleared the street though he sensed a few gawkers trying to linger. As long as they stayed out of his way he didn’t care. Something glittered on the sidewalk calling his attention.

He sprang forward, wings unfurling and launched himself up. The human had surprisingly managed to run a full two blocks. Stubborn and determined little thing. Traian spotted them as the crowds thinned, the voice over the loudspeaker alerting the civilians to a capture in progress. No one wanted to get between a Feral and their target.

A warm updraft provided a welcome boost to his aching wing as he hovered ten stories up and waited for the right moment. A soft ache settled under his breastbone as he watched them lurch for cover under an awning.

Wings flicked closed and he dived. Dust and leaves swirled around him as he swooped under the awning. He had an instant to see wide eyes and then they were in his arms and pressed against him. Wings thrashing the air he shot back upward and more felt than heard the panicked scream.

What was it about heights that scared humans so much? Perhaps it was the lack of wings.

The rigid frame sagged against him and he had to adjust his grip. Over the rush of air, he could just make out the words.

Traian chuckled hearing the hint of wonder in their voice. “Do I look cold and hard?”

“Right. But I thought Ferals code meant they uphold justice and the law.”

Something in their tone had Traian glancing down at them. The challenging look was rather fetching.

“That museum … the one I broke into; the curator is buying stolen property off the black-market.”

“And you thought to expose them by …?”

“Okay so it wasn’t a very well thought out plan, but when I saw the news and realized they had stolen not just one artifact but the entire contents of my ancestor’s burial tomb I might have gotten a little upset.”

“Are we going to a hospital?”

“Yes.” Traian could hear his team’s craft trailing him but he wanted to make good on his promise.