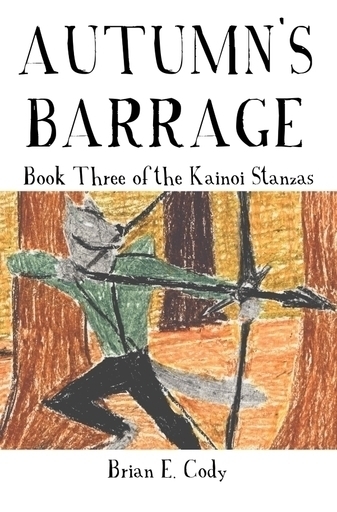 Now available on Amazon and Barnes and Noble. Read the first 10 chapters here! Faced with the murder of one of their own, the escape of a traitor, and their own injuries and self-doubts, Drake, James, and Joseph must team up with Wallace, Edwin, and Jack to solve a case and preserve their lives in the process.

(Stanza One: The Seasons) 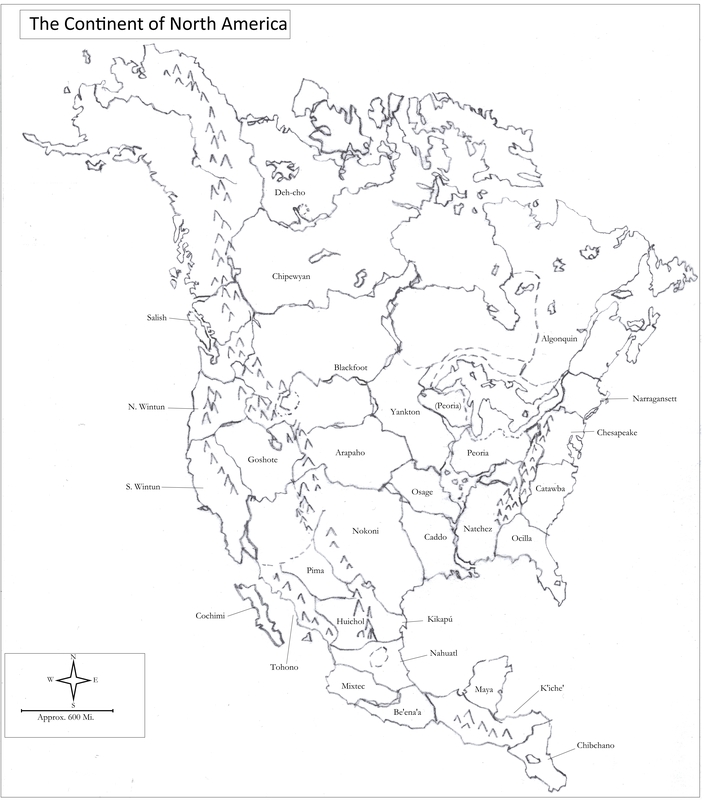 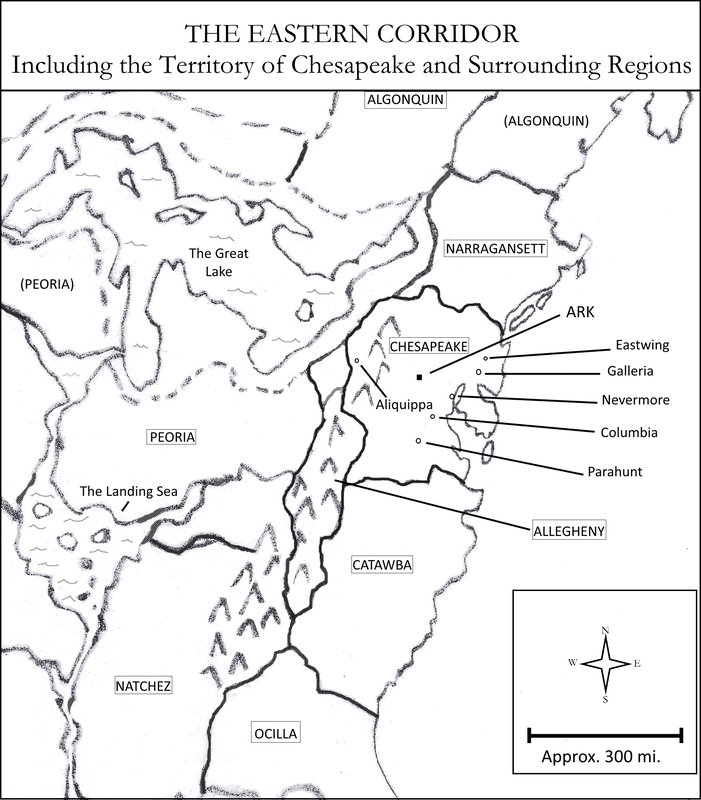 "Hey…”—That voice was distant, not penetrating unconsciousness, but wading along its exterior, pressing but rebounding and, though heard, not perceived.  “Hey, kid…  Hey…Carl?  Is that your name…?  I don’t…it started with a consonant, I remember that much.”  Those words dredged through, sinking past depths of pain and madness, and nudging at a dormant cognizance.  “Your ears just twitched; are you ignoring me?”  With those words came another sound, of respiration.  With that first, strong breath came the press of snow and ice along tattered cloth and battered fur.  With that press against his chest came the feeling of cold, first along the chest, then his back, his legs, and his arms.  With that cold, an enthralling cold, not just engulfing but drowning to him, came a sharp twinge along his right arm, and, as that twinge persisted, it pulled him towards cognition, beckoning and then hooking him.

First wincing from the light reflected by the snow, he looked past crystals and flakes and towards an incline.  He breathed, with his chest, along the ground, further packing the snow and ice below him.  First raising his left, he pushed, but motioning his right, he tensed.  As a goring pain erupted through his right shoulder, he collapsed.  While gritting his teeth, he winced, and, as he peered across that gelid incline, his vision dazed.

“You’re awake—that’s good.”  Held fast from sleep, Drake opened his eyes and pushed with his left.  Rising, he found a meter-high indent in the snow.  Above him, flakes still fell, dotting his fur.  Below him, a bloodied patch outlined his resting place.  Drake, after staring at that sanguinary imprint, looked to his right arm, to the black cloth knotted around his shoulder and to the partly-scarred and partly-frozen, three-pronged gash atop his right hand.  He huffed.  As he rested on his knees, examining his tattered green shirt and black pants, he grabbed the right side of his face, and, as he felt a three-pronged scar along his cheek, he tensed.  Flashes of black claws, waves of snow and ice, and sinking teeth blazed within his mind, riling his pain, disheveling his thoughts, and replacing them with horror.

“It seemed like…” Drake spun to the form of a deer whose back was encrusted in inches of ice and snow, whose front was bruised, cut, and iced, whose antlers, once four-pronged, were cut down to two on his left and one-half on his right, and whose eyes, along with the specks of snow on his brown fur, were dotted with rheum.  “You were still breathing slightly despite the blood and low temperature”, Randolph coughed.  He glanced about.  “So I figured…maybe…if I kept you from being covered in snow, maybe…you’d wake up eventually.  Though, I was hoping it would take less than two days…”  Randolph crossed his arms against his battered chest plate.  He glanced about.  “Do you want to hear the bad news first, or the worst news?”  Drake cleared his throat, but then coughed, his vision blurring with his expectoration.  “I actually…don’t know which is which, so you can decide on your own.”  Randolph cleared his throat.

“Out of the twenty-six beasts that made up our team, we’re the only survivors.”  Drake shook, and, with his mouth falling, looked to the silhouette over his bloody patch.  “Do you…remember…?”  Drake looked ahead, his eyes gaped.  “I was hit pretty hard, so it’s all a blur…”  Randolph looked down.  “Regardless…”  He looked up and then past the icy crater.  “The worst news…or maybe just the bad news…we’re not the only living things here.”  Drake’s ears flickered at paces crunching through snow. “And those living things are neither reasoning, nor herbivores.”

“What’s your name again?”  Drake turned to Randolph wiping the snow from his back, his eyes dashing about to trace the canid pack.

“A strange name for a cat, but we’ll discuss that later”, Randolph replied while squeezing one nostril and blasting mucus aside.  “I’m Lieutenant Randolph, if you happened to have forgotten.  Can you stand and run, Drake?”

Drake looked to his slender legs and toes.  “I think so”, he huffed.

“Good enough”, Randolph replied.  “When I count to three, we’re going to run for as long as it takes for these wolves to grow tired of hunting us.  Don’t worry about evading or fighting, just focus on running.”  Randolph looked up as the wolves circled them from twenty feet off.  “I can’t decide what’s worse—dying by a pack of legacy-wolves, who can’t be reasoned with; or dying by reasoning wolves, who would explain all of your shortcomings in battle while standing over you.”  Randolph looked to the wolves, circling from ten feet off, while their snarls and light barks trembled Drake’s ears.  “I’ll save that thought for another day.  On my mark…”

Drake looked ahead and tightened, a shock of pain trembling him as he rested on his knees and pressed his hands and feet into the snow.  “One”, Randolph spoke as the wolves averted their circling motions and darted at them.  “Three!”

“What?!” Drake coughed, while Randolph grabbed him by his shoulders and bounded.  Randolph pitched Drake ahead, and Drake, first stumbling in that waist-high snow, kicked and then ran, with Randolph sprinting beside him, and the wolves, first imploding, then dispersing, and giving close chase.  As the snarls, and howls, and rhythmic pants of his canid pursuers echoed around him and seemed to rattle through him, Drake looked through the still-descending snow and found empty tens of miles of hills and craggy rocks dressed white.  His ears angled rightward.  Drake turned, and, simultaneously, one of the wolves lunged at him.

“No you do not, lemming!” Randolph howled as he grabbed the wolf by its sides, turned, and pitched it.  “Fine day, we’re having!” he continued, while that wolf crashed, jumped up, and pursued.

“What?” Drake coughed, his body teetering from the expiration but being steadied by Randolph.

“Relatively speaking it’s not fine”, Randolph gasped, the patches of ice on his fur jostling and detaching, “but look at it this way: we get some running in, and they didn’t charge during a blizzard or at nighttime.”

“I don’t get it!” Drake howled as he stumbled.

“I’m making small-talk”, Randolph spoke as he steadied Drake, “it keeps the exhaustion at bay.”  Randolph cleared his throat and looked to Drake.  “Okay, I have a question”, he called as he looked back to the wolves closing in.  “Wasn’t your fur brownish a few days ago?” 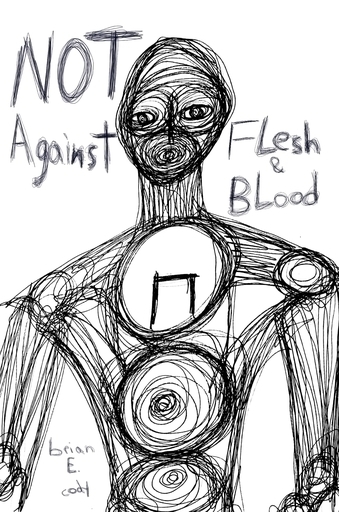 Not Against Flesh and Blood

Six church-raised college friends are brought together (without their knowledge) to form a superhero team. They realize not long after that they have no idea what they are doing, but might actually be good at it(?) 1. Jacob just discovered his powers and is already excelling at them, to several friends’ chagrins. 2. Torresi doesn't have powers, but can shoot you (and anything that startles him) from a mile away. 3. Nick wants to thwart villainy, but really just punch people. He’s also kind of smart. 4. Seamus wants to be like the television heroes, but has to deal with what he and most others consider a lame power. 5. Ethan is the... 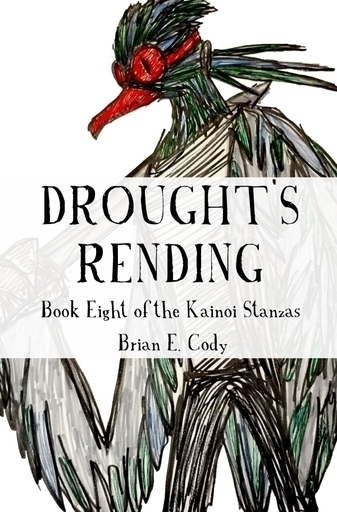 With Drake in a coma following BLIZZARD’S MALADY and awaiting a court martial from ARK, his teammates and friends go their separate ways, unaware that unknown forces—malevolent and otherwise—are beginning to enclose them. Joseph, still reeling from his mysterious ailment, is given the dangerous opportunity to not only learn more of his past, but perhaps even resurrect his clan. James heads to the reclusive Lightning Guilds to retrieve his new dunamis, and meets a fearsome instructor with an unlikely connection to his time in ARK, while a familiar foe waits in the shadows for both of them. Edwin returns to the Mallard Knights and,... 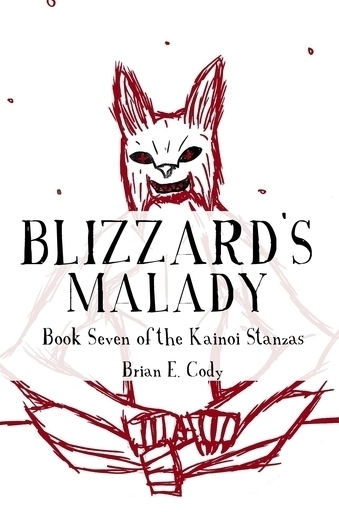 Following the revelations at the end of CANICULE's MANIA, both ARK and the Sixteen Guilds are on high alert with the return of Brutus the Absolute. Thrust into the middle of their negotiations and the inevitable mayhem from interacting arch-nemeses, James, Joseph, and their teammates must navigate the fearsome Guilds without either triggering a war or losing their lives. Yet, Drake—both the result and the indirect cause of Brutus's return—sets out on his own, unaware of the manipulation driving him to his potential slaughter. Can Drake perform the impossible without drowning in his own failures, and at what cost? And can his friends...