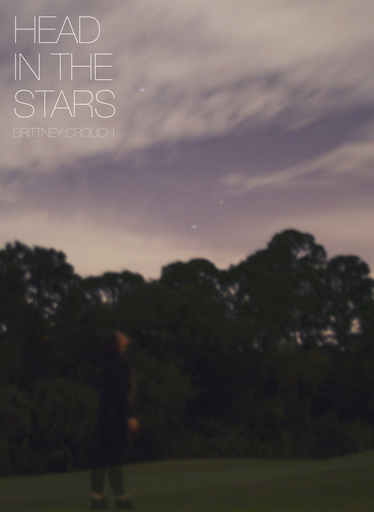 Head in the Stars

A book of short stories.

69 Reads
2 Favorites
Get the App

She couldn't figure out exactly what it was. There was something there, but there wasn't. Her eyes and her head and her senses told her that.

It was her heart that always brought it into question, never quite agreeing, but she knew that's how it always happened to everyone. Heart and head would forever be in disagreement.

That one time, the first time, will always be her heart's go-to argument, mostly because it was the first, and it would only fit to be spoken of first by a romantic's heart. Her first love had just left her. Head told her the imprint was caused by that as explanation. Heart didn't even take that into consideration. Her heart knew that it wasn't enough. It could've been the memory of him, but it wasn't. It was confusing, but through her heart she knew. It wasn't him. It didn't feel like him. He'd never have done that.

She never would've wanted it to be him, anyway. Not after the way he broke her heart, broken her. Unforgivable.

That night, she'd just gotten home. It'd been a long day, extended artificially by all of the people just hearing about the broken engagement and insensitive enough to want all of the painful details. She'd said what she could, too polite to tell everyone to screw off like she'd wanted to, so that by the time she'd gotten home, she wanted nothing more than to take a long bath and drink an entire bottle of wine, which is exactly what she did.

Her brain would insist that the bottle of wine was a contributing factor. Her heart still refused to listen.

She relaxed into the hot water and her second glass of red. The headache she'd been sporting finally began to melt away. Her head and heart in a rare moment were on the same page. The warmness surrounding her lulled her into a kind of trance.

The pressure on top of her head should have brought her out of it, but it didn't. The eyes she felt on her should have disturbed her out, but they felt natural. Like they'd always been watching. They were meant to be there. They were looking out for her.

It wasn't until she realized how crazy that thought was that she popped out of her stupor, alcohol buzz or no. Head took over. In retrospect, she knew she'd forever wonder if she should've let it.

Then there was the hand. It came a week later. She'd just laid down, waiting for sleep to overtake her. There seemed to be no end to the loneliness she felt every time she got into bed alone; another heartbeat next to her had somehow become a previously unknown requirement to her slumber. A friend had recommended she get one of those sound machines, and though in the daylight she refused the need to anything or anyone, there in the darkness she could think of nothing but her regret.

They were the kinds of thoughts that could drown a person, and they might have succeeded on her had the hand not interrupted them. It was there, on her side, and then lifted instantly as she turned over, shaken. She'd frightened it away as it frightened her, all the while thinking it was weird that she cared there in the darkness by herself. But the eyes had been there, too, she realized, suddenly missing with the hand.

Head was telling her that she was crazy, that she should just turn back over and try to sleep. Heart was suddenly too tired to argue. So she listened to her head and gave it up.

That eternity later when she was finally just on the edge of sleep, the fingers first crazed her hip, then her cheek.

"I'll always be here for you," a voice whispered.

Head and heart be damned, she smiled and tipped over the edge into her dreams.

Thank you! I'm so sorry it took me so long to notice this! But thank you! :)

Her feet crunched over broken twigs and pine needles, making her feel as though the whole world could hear her walking.

Lori had no idea where she was. Or how she got there.

Every step was louder than the last, no matter how carefully she thought she was setting down her foot. Not one inch of the ground was uncovered by some source of noisemaker. The sun, she could see, was high in the sky, but very little of its light was reaching her through the thick overhead of the mass of trees she was walking through. The pinpricks of shine were like weird stars in a dark green sky, going for as far as she could see in every direction.

If someone asked her why she kept walking, she wouldn't have an answer. She didn't know where she was going, or where she was coming from. Lori couldn't differentiate one clump of trees she passed from the next.

Her footsteps seemed like they were so loud she wouldn't have heard a train coming at her, she thought. Never had she ever felt so alone.

Hours or minutes passed. Lori had heard about crazy lapses of unknown time, flying how it wants when there's no context to constrain it, and maybe she'd experienced it a few times before when she felt that time wasn't on her side, but this felt like the first real time. She'd been thrown into a worm hole.

The last thing she really remembered was lying her head down on her pillow the night before. It'd been a long day and all she'd had the energy for was stripping out of her clothes and slipping on a soft old t-shirt before getting into bed to pass out. Did that mean this was a dream? It didn't feel like a dream. She didn't usually remember falling asleep in a dream.

The green hoodie and jeans and sneakers were clothes she'd never seen before, and yet she was somehow now wearing them.

Her footsteps had been too loud. Standing there in silence she could hear a banging in the distance to her right. It was a weird, irregular sound, but it didn't stop. Lori took a step towards the closest tree and knocked her knuckles against the trunk. The sound was similar, but not quite the same.

Nothing to do but head towards the sound. Away from it just didn't seem like any kind of option to her. Going her own way wasn't getting her anywhere.

Every fifty steps or so she stopped to see if she was still heading in the right direction, until the pounding was finally louder than her footsteps. The trees were still indistinguishable from each other, the lights not shifting for even a second. Nothing within sight could explain the sound Lori was hearing.

A tree larger around than all of the others came into view, and she felt like she was close to finding the source of the sound. There was a caterpillar inching its way up the trunk, the first living creature she'd seen. It appeared to be scooting over the bark to the rhythm of the pounding. A closer look showed her, though, that the sound was still a little too far away to be coming from its little movements, had it even been capable of such loud sounds anyway. Her glance shifted through the trees looking for another source, and when her eyes came back to the caterpillar it seemed to have reset its position. The few inches it had gone were being traversed again.

She watched it go for a minute, moving about a foot upward, marked the spot in her mind where it was, then turned around, and then back again. It had reset again. For sure this time.

Everything was so weird, she wasn't sure why this was the one thing her mind couldn't get around. She forced a deep breath through her system. The sound. Focus on the sound.

Lori closed her eyes to pinpoint the direction of the sound, only turning slightly. It was coming from the other side of the tree. It was hard for her to ignore the reset of the caterpillar; she barely resisted the urge to knock it off the tree. She forced it from her mind.

The trunk was thicker around than Lori would have expected, but she found the source of the pounding right on the other side. A man in his thirties probably was kneeling on the ground at the base of the tree, banging his head against the trunk. He wasn't wearing a thing. Her mind went blank for a moment, trying to figure out how to process the scene in front of her.

"What are you doing?" she finally blurted out. A drip of blood from the man's forehead began to slip down his brow and the rest of his face. He didn't appear to have heard her.

"Hey, stop that! You're hurting yourself!" She reached down and touched his shoulder, but there was no response. He simply kept hitting his head over and over against the bark. So she used both hands and shoved him away from the tree as hard as she could.

The whine that came from the man's throat as he hit the ground on his side was like no other sound Lori had ever heard. It was screechy and deep at the same time, and it hit her to the core. 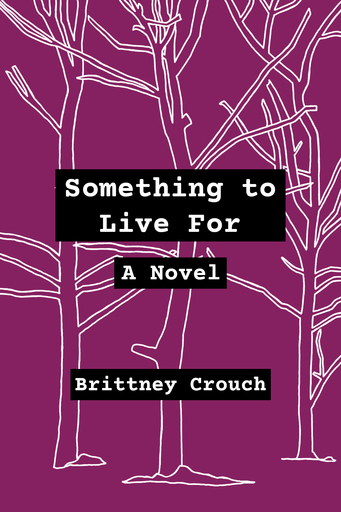 Something to Live For

The soul-matching service is coming up on its 100th anniversary, and people couldn't be happier. Science has benefited the human race by making things simple and matching everyone up with the one person they're meant to be with. Katia is a skeptic, for sure, but like everyone she'll give it a chance. What's the worst that can happen? She ends up alone? That wouldn't be the worst thing ever. Or would it? What happens to the aloners? Those who have no one live an existence below everyone else, hiding in their grief and loneliness. Or are they? Katia, like many others, don’t what those who have nothing to live for actually live for. Some... 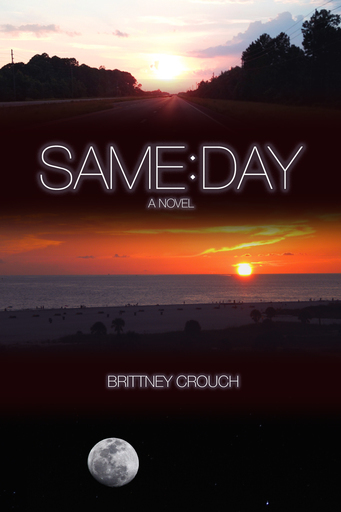 June 7th. 7AM - Midnight. For Laura (or Becky, or Jana, or half a dozen other names, depending on her mood), that's been the day for as long as she can remember. She should be old and feeble, or dead, but instead she's stuck in her twenties, with no consequences and only the rules the world has given her, until they're shattered to pieces by a man she can't explain. And the more their paths cross, the more things go wrong. #NaNoWriMo2015 **Tablo NaNoWriMo Publishing Competition 2015 Winner** ***This is just the first draft! Subsequent edits have been going on as a part of the competition!*** 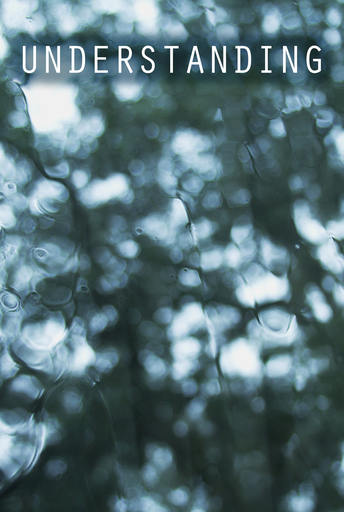 Flash Fiction - “A relationship may develop between two people, but they speak different languages.” If only it were that simple... 282 Words