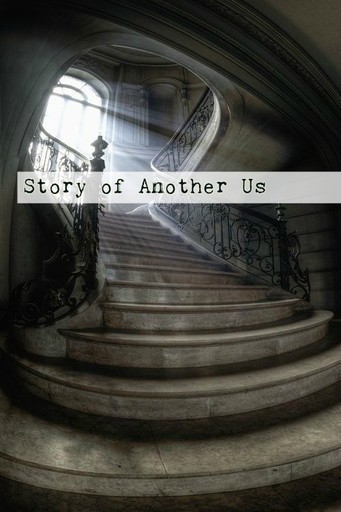 Story Of Another Us

I woke up an hour later, after falling asleep to the sound of the cure playing in my ears, I woke up from my daily nightmare.

It was always the same; I was in a beach wearing a white sundress and when I got close to the sea a spiral stair case appear all of a sudden I started to climb it but it would never end until I got closer to the moon, so close I could touch it and when I did it would explode into million pieces pushing me off the stairs and into the sea and before I find myself in the depth of the ocean I would wake up.

I must have made noise because as soon as I woke up I saw two pair of eyes on me, one dark brown and the other sapphire like mine, I shook my head and took off my headphones, calum looked at luke with a weird expression "are you ok blue?" blue is the nickname luke gave me when we were young since I love the color and would wear a blue dress everywhere I go "uhm yeah I just had a nightmare I guess" they both nodded and I rubbed my eyes," where are we anyways?"

"we are twenty minutes away from the students residence we stopped because you were shaking and because we are hungry" luke said still looking at me worried, I straightened my hair that probably looked like a birds nest and rubbed my face, I looked outside and saw some kind of old dinner, I opened the door and started to move my feet so my legs would wake up, the guys followed me.

As soon as we stepped inside we were met by the smell of coffee and teenagers, there were everywhere and suddenly my anxiety started to act up, luke wrapped his arm around my waist pulling me closer, luke was the only person who knew I was anxious around new people specially strangers, calum looked at us oddly but said nothing.

As we sat down next to the window I saw a group of teenagers just in the front booth, three boys and two girls, one of the boys had blood red hair and an eyebrow piercing he also had some tattoos on his arm, the one sitting beside him had curly hair with a bandana wrapped around his head, he had a lip piercing just like my brother but his was silver, he also had tattoos on his arms, the last one didn't have any tattoos or piercing visible but he wore black clothes like all of them, the girls were a little bit more normal, one had a pixie cut and looked really skinny the other one had black hair and looked like she just got out of a strip club, not that I am judging or anything.

I was so lost on my thoughts than when the waitress brought our food I jumped of surprise catching the attention of the red head who nudge the curly one on the ribs, they both looked at me for a straight minute before saying something to their friends and laughing out loud, Luke looked at me and grabbed my hand making me look at him "hey are you ok?" I nodded and started eating my waffles calum looked at me making me shiver "I think Audrey is nervous for her first year in college" he said with his beautiful smile.

I nodded "yeah and really anxious I hope everything goes fine" luke nodded filling his mouth with his pancakes "I am sure everything will be fine you have always wanted to go to college" "yeah I know it's just that..." I was interrupted by the read head "hey Blondie you look bored there why don't you join us?" I looked at luke wondering if he was talking to him or to me "you the pretty girl, come on we won't bite" "talk for yourself mate" the curly joined while he smirked at me making me shiver "I'm fine thank you" I said going back to my waffles.

When we were done we stood up and walked to the door, but we had to walk by the booth that was in front of us, as I walked I saw the girls glaring at me and the boys smirking and whistling making luke roll his eyes while he pulled me closer to him.

If my classmates were anything like that I would have to change classes.