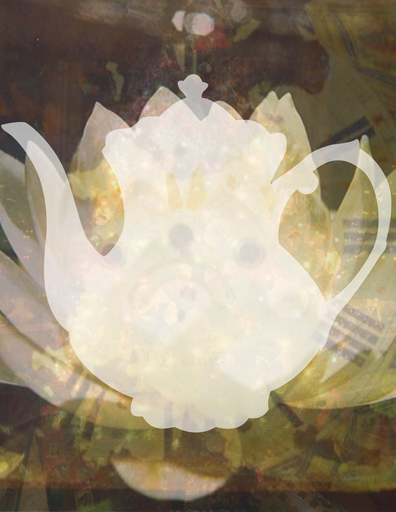 Alexandra Malcolm begins having unsettling dreams that spur her to look into her family's past. She in turn uncovers a closely guarded secret that has governed the workings of the world and spans across all the continents (excluding Antarctica). This is a satire that critiques the over-the-top nature of prime-time TV, by employing motifs such as a massive and culturally diverse cast of characters and supernatural phenomena. This is an exploration of American mythology exaggerated for the purposes of "television" and then described and dictated in book-form.

67 Reads
0 Favorites
Get the App

To my beloved Alexandra

In the glow of the tree, the room takes on the alien night and becomes angular blackness. But in no way was this unwanted or unwarranted. The household, in fact, rearranged their whole quarters around this gleaming tree just for this time of year. This is the climax that months of planning, weeks of shopping, days of wrapping, and nights of dreaming have built up to. And unlike a certain poem likes to suggest, most things were stirring throughout the house. The air conditioning kicked on around two and still nestles the tree’s needles, the stockings still swing from when Santa topped them off, and still tip-toeing down the stairs is little Alexandra hoping to glimpse the myth of a man.

Alexandra in her footy-pajamas treads around the tree surveying her find. Four boxes with her name on it, two of them with large bows, and two gift bags. A grateful smile leapt onto her face showing an unfinished set of teeth. Though young, she remembered to thank her giving god. She looks up to the top of her tree where an angel draped in white lace stands poised and shines bright. The little girl begins to wonder whether the angel saw Santa and whether or not the angel can relay a message to Santa, such as Alexandra’s undying gratitude. That’ll get her on the nice list for sure, wait… she then considers whether or not that last thought would count as ulterior motives. She begins to repent but then stops to wonder whether she was repenting for the right reasons or for next year’s edition of the Extreme Erica action doll suite. But before Alexandra complicates this dilemma any further, music dispels her thoughts.

At first she thought she was making it up, but she noticed it was coming from somewhere else—outside of her. Logically, she thought she must have knocked into one of the gifts and proceeded to search for whatever box or bag was singing. And whilst lifting and replacing the socks, toys, gadgets, and ties, she aged. Dramatically and instantaneously. No longer did she wear those jagged and incomplete teeth and no longer was she little. She stood up from the tree as a fully grown woman named Alex, but she didn’t seem to notice. And oddly enough, the melody grew too. It became a symphony booming from the next room.

Still in her footy-pajamas and still as curious as she can be, she crept down the hall and cracked open the dining room door. A slash of light spills over her and the floor and what she sees is a room packed with people. It looked like a ball ripped right out of a movie. There were men dressed in tails turning the room with women in gowns. She wanted to see more, which was convenient because a sever pushes past her and into the room.

“Excuse me,” and the door flung open revealing the full grandeur. It was much larger than she had remembered. Off in the far corner a larger orchestra was playing the music and wearing sparkling red blazers that didn’t seem to fit the surrounding tone. On her right there was a vaguely familiar man speaking rather harshly to an older couple. They seemed fairly important considering their ornate wear. The younger man must have been too since he dawned a royal blue sash. Alex thought that he ought to be kinder or else he might be disappointed come Christmas morning.

For such a beautiful ball, everything seemed to have this macabre undertone. No one had the look of enjoyment on their faces. Sure, there were a few with faint smiles, but darkness shined through. A woman had her arms delicately wrapped around a column of air, swaying to and fro to melodic beat.

And flautist serenaded a couple downed in traditional Chinese garb with a darkened countermelody. It was positively chilling to see them dart back and forth in between one another, with faces masked behind white paint.

What ordinarily would be frightening fascinates her. But her exploration ends with a tap on the shoulder. She turns to see a woman server with the only genuine smile there. This server stood in a yellow pinstriped suit that, despite its odd fashion, retained a sense of professionalism. On her forearm she toted a large covered platter and stated, “Telegram for you, mam.”

As though this was a perfectly normal form of commune, Alex nodded and accepted it, “Thank you.”

However when the server uncovered the plate, what Alex found wasn’t a slip of paper or an envelope, but a rodent lounging on a miniature throne sipping on a cup of tea. Although Alex was surprised by this sight, it was the rodent who found himself shocked. Looking up from his tea he was first jolted from the disturbance then disgusted. With a grimace gracing his face, he closed his eyes and cocked his head twice. Taking the hint, Alex leaned in closer and eventually knelt; which seemed to please the mouse. The little rat topped off his cup and sternly said to Alex, “No cats allowed” and then promptly tossed his tea onto her face.

She was certain she was blind. The burning was just too intense and soon that was all she could think and feel—just burning. There was no more music or ball or people just this surmounting burning. And then she flung open her eyes, and lifted her head from the pillow.

She was drenched, so soaking that she wondered if she had an accident, but no, just sweat. Still burning up, she rolled out from underneath the covers and went to the window. The glass was cool to the touch, but not cold. It had been a warm winter. Christmas came and went but she still found herself dreaming about it.

“Hey,” her sleepy spouse breathed, “What are doing up?”

He started to sit up and Alex tried to coax him back under the covers, “No no no no, it’s nothing. I just had a weird dream. Go back to sleep.”

“You know how I am. Once I’m up, I’m up.” He fumbles for his glasses and flicks on the lamp. They’re both young. Even in the harsh light, the kind that accentuates every bum, wrinkle, and scar, they appeared flawless; like they wore makeup to bed. However they carried some age in their speech.

“You want to talk about it?” He waved her over to the bed and she nestled into his arms. For a moment, they just sat there together, holding each other up. The past few weeks were exhausting: buying gifts, wrapping gifts, playing santa, decorating, entertaining, pacifying, and all the while having two kids provide every obstacle. They were tired, but they couldn’t sleep, of course... “so are we gonna talk about it or—”

“Yeah, yeah sorry. It just was strange. It brought up some memories I haven’t thought of in a while.”

She paused, lost in thought. “Do you care to share these memories?”

“Understandable considering it’s the middle of the night. Actually, what time is it?” He breaks their cuddle and reaches for the alarm clock. In glaring red, the numerals read, “4:30, well at least the day’s not far away. God help us if we woke up around one…”

As he replaced the clock, Alex began to relay the dream, “Well anyway it started when I was a little girl, Christmas Eve. I know it was a memory ‘cause I remember the year I nearly caught Santa. I went down stairs and just missed him. I knew ‘cause the stockings were still swaying.”

“Is that the year you broke your Mother’s ceramic cow thing?”

“How about you listen now instead of interrupting me.”

She tried to, but it was fading quickly, “I don’t know, I mean the plotting wasn’t that important. It was just so strange, you know? The little details, I mean, like…come to think of it, I think you were in it.”

“Oh really?” He shifts a bit, as though getting ready to really listen.

“Yes, you were talking to royalty I think.”

“Are you sure that wasn’t a memory? Since that’s something I do every day.”

She sits up and hits him with a smile, “You better be talking about me.”

“You are my queen after all.”

“That’s right…Oh, and you were wearing a sash, so maybe you were a duchess or something.”

This time he didn’t play along, maybe it was because he was too tired, but in any case he just says, “Oh okay.” He lets her go and begins to crawl back underneath the sheets. “Well it’s getting late. Even if we can’t go to sleep, we should still try. I mean, we only have a few more days of vacation. We might as well catch up while we can.”

“Um yeah, you should. I think I’ll stay up a little longer.”

She smiles, “One of the perks of being a housewife is that I don’t have to get up early. I can sleep in another day. You go.”

“Sleep well, sweetie.” She watched him turn over and settle before leaving the room. A Christmas tree still glowed in the parlor. Alex looked on the colored lights and bulbs reminiscing on the dream. She looked to the top of the tree where a star stands in place of the angel; and then to where the stockings were hung, finding them emptied and tossed. It may have been a dream, but it felt like a memory. And she will remember it forever.

Out of the darkness, a faint glimmer arises. As is nears, it comes into focus. No longer is it a light, but two words that will come to hold meaning: