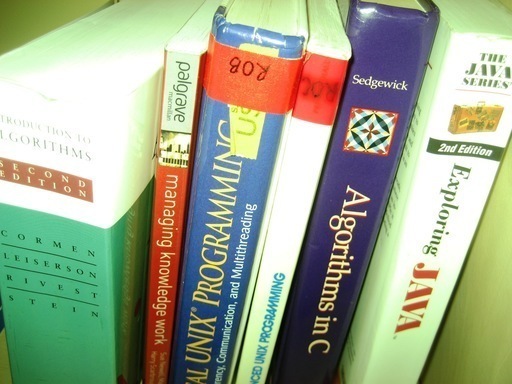 “Ruling culture does not define the whole of culture though it tries to, and it is the task of the oppositional critic to reread culture so as to amplify and strategically position the marginalised voices of the ruled, exploited, oppressed and excluded.”

This essay seeks to understand the authors of these two plays, Othello and The Jew of Malta, as not specifically products of Greenblatt's structuring of literary individuals of this period, but rather as individuals closely involved in theatre, the court and so the political and social changes taking place in this period. So they will be perceived as artists inhabiting that space that Greenblatt calls 'subversive submission', but it is their plays that will be seen as of primary importance, as it is the language that their characters speak on stage that needs to be the focus.

This is because language has a multiplicity of meaning that goes beyond one playwright's meaning, no matter who is speaking, whether they be oppressed or ruled or whatever.

That is to say, the tension between individual purpose and audience reception will be discussed as it cannot be seen that the individual playwright sees himself as having authorial purpose, as in this period authorship was not recognised as so important; as stage-plays it must be seen that the different audiences and different performances make the real difference in terms of perception.

The author, therefore, as voice for change, realising the Other, in order to re-establish and simultaneously question the social order, as explicated in Greenblatt, the forerunner of this kind of criticism, is rather and conversely at the mercy of the multiple voices that would have contributed tothe play.

These voices affecting the play, which include the printer, other authors, actors, the Queen (or the King), theatre managers and audience, ultimately make the idea of the 'oppositional critic' to be found in only one man, the playwright, questionable, as theatre, as will be seen in the plays discussed, is primarily popular. Marlowe and Shakespeare's 'serious' message is perhaps diffused by this simple fact.

What happens when you put a black man on stage in 1603? And does this make any difference to putting a Jewish man on stage in 1590? Do the difference in authors make difference to the meaning of a play? Or would historical period and the fact of differing audience reception be themain factors in understanding a play like these two, Othello and The Jew of Malta. At any rate it will be argued in this essay that it is the fact oflanguage and its multiplicity of meaning that is the most important when trying to understand what meaning for culture, if any, these authors had in mind. The reasons for this would be the unnerving tensions inherent in this period: authorship was not established, the text was not seen asreliable, and plays in themselves are open to meaning because of the diffusion of opinion in an audience. Similarly coursework help authors cannot be fully seen as they are not fully documented; so much of who they were is myth or hearsay. So, it is in the language that any cultural critique can be seen, but I will assert that this too is no reliable way of viewing a culture, and like the groups of voices contributing to a play, it is in the combination offactors, that these plays should be read.

This is an essay written in response to Stephen Greenblatt who importantly highlights the qualities of individuals in the Renaissance period which culminate in the quality of 'self-fashioning'. I am arguing simply that the individual may not have been as important as we think but it is the diffusing of their ideas in their plays that reach other people that disrupts the mainstream thought a little.The two plays, although they seemdifferent in terms of quality, Othello being a revenge tragedy, and The Jew of Malta being less so, are both agreed on, by critics, as 'theatre plays'.The scenes are action-focussed; it is 'dramatic action' that Craik cites as being the main good quality of The Jew of Malta. This is similar to responses to Othello. The plays both open in mid-action. Barabas the Jew in Marlowe's play, is viewed counting his money,
'So that of thus much that return was made'
Othello opens with talk of hate in an image of money,
'…Iago, who hast my purse
As if the strings were thine…'
This is familiar language to an audience in London who lived in a world based on commerce and economy, to the point of life and death. As the majority would have been poor, it is easy to see why the 'bad' characters are associated with money: the poor see the rich as cheating them, ashaving selfish characters and little morality.
More importantly, it is the sense of the individual striving for his own gain seen in the image of money right from the beginning, that asserts the character. So, fundamentally, the Jew Barabas is, by critics today seen as silly, but in Elizabethan terms, is a crowd-pleaser and in the quick succession of events, hardly explained in terms of motivation, finds meaning on a very real and social level. It is soap opera to the audience and reinforces social stereotype.
So, it can be seen from the genre and the structure of the play that the author panders to audience taste. However, it is in the further presentation of the protagonist that the author seeks to question or reinforce the stereotype. Othello, for instance, speaks in a lyrical and eloquent way,
'I will a round unvarnished tale deliver
Of my whole course of love, what drugs, what
Charms,
What conjuration and what might magic-
For such proceeding I am charged withal-
I won his daughter.' (91-94)
Here is profound language, passionate and poetical, and conveys a character that is visionary in thought and has great humanity. The imagery he lends to the play linguistically creates depth and interest, almost stopping the action. It can be seen here that Shakespeare creates speeches for acharacter that can, potentially, touch the imaginations of the audience. He seems to be questioning the cannibal status that black men had in this period.
Yet the language's meaning is rather dependent on the actor. Would Othello's eloquence have seemed beautiful, would he have been a comical character, as comical, for example, as another 'savage' Caliban, who is taught the beauty of language? When Othello's later speeches are compared it can be seen that perhaps the spiritual beauty of his language, littered with mythical references, only highlight his character as superstitious and therefore as questioning the Christian order. Here he speaks of Desdemona,
'Damn her, lewd minx: O damn her, damn her!
Come, go with me apart; I will withdraw
To furnish me with some swift means of death
For the fair devil.' (478-481)
His potential and actual acts of violence towards Desdemona are reinforced by his language, making him seem, at the least, an unsympathetic character.
A way in which Marlowe reveals Barabas's character is in the use of asides. At first they highlight his intentions,
'And be revenged upon the- [aside] Governor.' (147)
The effect is pantomime. The asides also reveal Barabas's opinion of Christians, although he is quite vocal directly,
'Use him as if he were a [aside] Philistine.
Dissemble, swear, protest, vow to love him,
He is not of the seed of Abraham.-' (232- 234)
All in all the strategy succeeds in creating a comical character with anti-Christian convictions. He is also unsympathetic as he uses his daughter and is cruel to her like Othello is cruel. Yet Barabas's comedy and Othello's eloquence, which are the main interest of the plot, show their importance. It is in the presentation of a larger than life character, using popular language and actions, that any critique of culture can be found.
The language of the play is at the mercy of the staging, ultimately, and it can be seen that any serious questioning of culture is somewhat diffusedby the culture of theatre in London in the 1590s. A play was subject to cutting by the playwright and the theatre manager and bad copying by the printer, but more importantly was subject to the recipients of the play, the audience, the patrons and the court. This explains why the characters are primarily popular. But what must be considered is the effect of the actor on stage. First of all, figuring a character accurately on stage was very important so proper dress and props were used, some even authentic items were used. So it can be fair to say that Othello and Barabas would have been attired in an exaggerated fashion to match the words but hide any social meaning. This is of course important as Marlowe and Shakespeare would not have wanted to be seen as overtly questioning society. The important point here is the 'submissive subversion' that Greenblatt talks of is not in the hands of the playwright alone, but in all these other people combined, so really, the perception of character must change as the times change. In other words, any critique made will be strengthened by the change of attitude or awareness made whenever the plays are performed. This change comes from all the groups of people, and will eventually create a play that overtly questions race and religion.