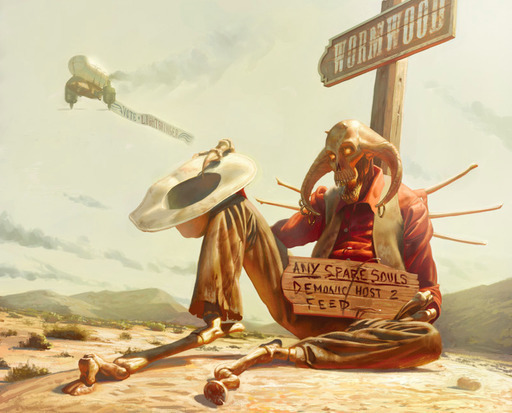 The Demon Days Are Over

Cyafe had to do something. He was losing control of the situation and he didn't know why. He needed to fix it and fast, because Cyafe knew there were worse things to fear than an eternity in hell. My Flash Fiction entry. Enjoy!

It wasn’t like he hadn’t tried. In fact that’s all Cyafe had done. He possessed Cannon Rizzario’s body as instructed. Since then he had tried to ruin the man’s life. A test to become a full fledge member of the Legend and it was not going well.

First, trying to make his girlfriend leave him by having him sleep with another; horrible idea. Turned out, she wanted an open relationship and was thrilled that Cannon had taken the first step. Now it was threesomes all the time for Cannon.

Next, he had tried to destroy his pet shop. Cyafe was determined to send it spiraling out of business. Weeks of spell casting, turning the animals into terrors of evil, completely wasted.

While no one bought the animals, people began paying to see the animals. People would come from miles around to see a dog that grew a second head or a cat whose meows could cause cellphones to glitch. The money was pouring in, Cannon’s life was perfect.

Cyafe really didn’t know what to do. He had never heard of a demon possession going this badly. Having fretted over it for days, Cyafe realized he could do the unthinkable.

Two weeks after taking over Cannon’s meat suit he forced him into oncoming traffic. Cyafe left the body to die.

He appeared before Beleth, his King, and the other Legends to relate the news of his success. He stood in the middle of the circular room in the middle of hell. Demons seated above him, poring over his report. Finally the silence was broken by Amy, “It says here that you killed him.”

“Yes, walked him into a busy intersection and, Ka-pow.” Cyafe mimicked a collision with his hands as the members of the Legend looked on. He quickly put his hands down. “It really was a horrible way to go.”

“Yes, but we did not send you to end his life, we sent you to destroy it.” This came from Ipos.

“But, you see I did destroy it.  You’ll see that his life was full and wonderful prior to my intervening. There would be no reason for this man to end his life.” Cyafe’s voice filled the room with the pride he felt, “I striped everything away from him, Ha.”

A far door opened without warning as a young demon came running into the room. He handed a piece of paper to Amy. Cyafe watched him read and pass it to Beleth, who finally looked at Cyafe.

“I applaud you on your work Cyafe. Not only did you give this man a wonderful life, you ensured that he would live to see it to a ripe old age.”

“Apparently Cannon Rizzario has cancer and since he was revived at the scene of his accident they caught it just in time.”

The Legends starred at Cyafe waiting for an explanation, but he had none. Beleth snapped his fingers; Cyafe was no more.