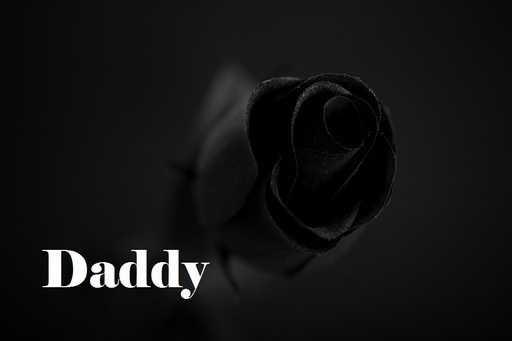 50 Reads
2 Favorites
Get the App

She coughed, the pounding in her head threatening to burst the seams of her skull, and something warm trickled from her mouth and onto the breast of her soiled t-shirt. It may have been blood, but she wasn’t sure anymore. Huddled inside the walk-in closet of her parent’s bedroom it was difficult to make out, but in the dim light offered by the crack of the gaping doorway she thought it was a blackish colour.

They can’t hurt you anymore.

No, they couldn’t. Not now or ever again. The thin beam of light that trickled into the dark closet gave her little respite. In many ways that light was worse than absolute darkness. In it she could see little more than the foot of her parent’s bed and a corner of her mother’s vanity table. But the cloudy, dispersed light of the grey December world outside only created more shadows inside the closet than not, pale shapes and oblong stretches of black blurring in and out of focus.

She wretched again, and there was a burning in her chest which caused Olivia to groan. The sound in the dark closet was haunting, and her leg twitched once as if in agreement. With her right hand she tried to prop herself into an upright sitting position, but the carpet beneath her palm felt like broken glass that tore her flesh apart. She recoiled, sniffling, and slumped against the wall.

She tried to kick at the floor for leverage, but her bare legs only burned, occasionally thumping spasmodically in front of her. Her left hand and arm were altogether useless; lying at her side, it felt as if someone had filled that part of her body with molten lead, heavy and unmoving but still hot. Only her first and second fingers responded to her commands, though they simply hurt.

She let out another breathy groan and gave up, nose and eyes running.

They can’t hurt you anymore.

That sentiment had pervaded her every thought. Even when…

“Mommy?” She spoke this through clenched teeth, gasping in air. There was no response.

Silence. The two of them – her parents, sweet old mommy and daddy, (or as she sometimes called them, Ma and Pa,) – were in the closet with her, but they weren’t answering. And why would they? She had killed them both, dragging them into the dark corners of the walk-in closet, beneath the row of her mother’s old dresses and her father’s hanging work pants. That had been what, a day ago? Two days ago? Time was indeterminable for her, and while at first the smell that had started to fill the closet might have been a good form of measurement, it no longer mattered. Even if her nose and mouth didn’t feel like they were constantly choked with bile and blood, she knew it didn’t make any difference. In the darkness of the closet, time was as empty as her soul.

They won’t hurt you anymore.

That thought was all Olivia had to hold onto. It was what had guided her through everything, even while she used her father’s handgun to blow a hole roughly the size of a baseball through the side of his own head, one eyeball – surprisingly intact despite the smoldering mess of hair and skull that had replaced his face – dislodged itself and rolled onto the carpet as he fell. It was her only thought even when she had finally caught her mother, who hadn’t exactly tried to get away but only kept repeating ‘I’m sorry’ over and over again in the kitchen, as Olivia tightened the grip around her neck and watched the life slowly drained from that haggard face.

No, they wouldn’t hurt her anymore.

She winced with pain as she tried to somehow scoot further back into the closet, the corner next to the shoe rack and vacuum cleaner somehow not far enough in. Not deep enough. She had wanted to perhaps leave the closet altogether, but that seemed like a long time ago. She had been afraid of what may have been waiting for her in the outside world. Consequences, justice, reprimand. No, she had retreated into the closet with her dead parents because she had been scared. Now she was terrified to be in it, only everything had changed and she couldn’t leave. She had changed, her body a writhing mass of flesh and bone that wouldn’t obey her commands, wouldn’t stop hurting.

There was no answer, her voice loud and hollow in the darkness of the closet. It had sounded like her father’s voice, which was impossible of course, but also not. She wanted to brush her matted hair away from her eyes, to wipe the constant stream of wetness from them, but her hand – no, her entire body – wouldn’t cooperate. Through the watery filter of tears and mucus she could vaguely see her father’s right foot, the only part of what remained of her parents visible in the dim light. For days, (or weeks? It was impossible to say,) it had remained motionless. But had she seen it move?

She looked at her left hand, lying palm-up next to her. There was a tingling sensation there, a low thrum of pain and heat. In the dim she could see it was moving, though it wasn’t her muscles. The hand itself, (like a disconnected piece of steak,) lay where it had for the last few days, as far as she could tell. But just underneath the surface, below the skin, there was a writhing, the illusion of movement as of a thousand clowns beneath the tarp of some rotting, forgotten circus tent.

There was a warm wetness that formed between her legs, and though it felt as if her nose had been plugged with dirt, she thought she could smell something in the air. It wasn’t blood or urine or excrement, but something altogether different, something that she had very recently begun to believe she would never smell again.

She could smell whiskey, and its cloy filled her lungs like battery acid.

The whiskey she would sometimes smell in the middle of the night, waking up and feeling the hot breath of Daddy on the nape of her neck, the slow twisting way it seeped into her ears, just below the laboured breathing. Daddy, whispering next to her panicked face, telling her to be quiet, an anger and triumph seething just below that heat and Jack Daniel’s-soaked voice. Then the calloused hand over her mouth, and then the pain and guilt and shame. And the more she tried to fight the tears back, to fight him back, the stronger the grip would become.

She would still smell that whiskey long into the mornings of those horrible nights. Even when she would face her mother, who would only regard her with pity and sadness, nothing to say except, “It’s easier if you don’t fight, Livvy.” Knowing and understanding from her mother, but no recluse, no sanctuary. No help, goddammit. No help and no escape. That was of course until she had found a solution, a way out. And He would help her with that, wouldn’t He?

He had promised that things would be better, that when she took care of things everything would be different. She just had to have faith, and all would end well.

That voice again, and now the pain was so fierce behind her eyes that her vision wavered and she felt on the verge of losing consciousness. Had things been better? It was hard to concentrate anymore, but she knew the police had never shown up. She would have sworn somebody, anybody would have heard the ring of gunfire from the house and call the authorities. But none had come. She could recall like a distant dream that the phone, the one downstairs in the living room, had rung several times, but that was all. Even that was hard to tell for sure. How many days had she been here? How many nights had she been huddled in this dark cave filled with the clothing of ghosts and the corpses of monsters?

He had promised her. She had asked Him, and He had helped her take care of everything. Hadn’t He? Yes Olivia. Things will turn out just…

The thought was cut off as she coughed, a small geyser of fluid spurting from her nose, her throat and mouth. And her ears? It stung and tasted of melted plastic and mouldy fruit, and when she turned her head and spit onto the carpet, she thought she could see small things crawling in the puddle of vile liquid there. She shrieked, but the noise was little more than a gurgled sputter. She wanted to cry, but couldn’t.

She looked at her dead father’s foot, his corpse along with her mother’s nestled somewhere in the darkness just beyond her field of vision. The dirty sock, bunched at the bottom laying still for an eternity yet and an eternity more.

“Daddy?” Her voice was a grainy squeak.

This time the voice of her father/not father boomed. “No.”

It was Him, and she felt cold. Her face dripped from every orifice, her skull seeming to have shrunk around her dried brain. Suddenly more than anything Olivia wanted the police. She wanted her neighbours to start knocking on the front door, concerned and ready to save her. She wished more than anything that somebody would come help her, that her parents hadn’t been such lowlifes. That anyone would notice that they’d been missing, that she herself hadn’t been to school for days, maybe even a week. Wasn’t there anybody out there? Why hadn’t anybody noticed?

On the tail of these thoughts, another sinister realization; He had taken care of that.

Her father’s foot suddenly whisked into the darkness beyond the light of the doorway, pulled deep into the abyss that had now replaced the far wall of the closet, the wall which was only five feet away now an empty maw of darkness.

The voice, deep and rotten. “You asked. I came.”

“No!” Olivia croaked, and now she could see her hand had begun to rip, to tear in parts as the things inside of her made their way out, poking through the small holes in her skin like large hairs. Only they weren’t hairs because even in her delirium she could see them waving about like dead seaweed at the bottom of an ocean graveyard. She tried to kick her legs, but it was no use. They were as dead as the rest of the house, the rest of the closet.

A hand – no, a claw – formed of shadows and hatred, shimmered from the darkness, borne of the darkness itself, and gripped her ankle. Olivia tried to scream, but a long, writhing thing had filled her throat and was working its way across her tongue, a rotting tendril that choked her and pushed its way between her waxy lips. Her mind teetered as the hand on her ankle began to pull her, drag her into the darkness beyond the closet, into the void.

Olivia’s eyes rolled in her skull as the cold embrace about her ankle pulled her into the darkness, the taste of death in her mouth and her only thoughts that she had finally come home. She was being taken to oblivion. 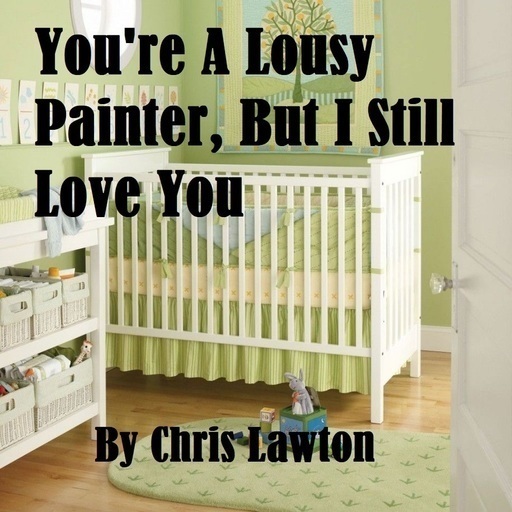 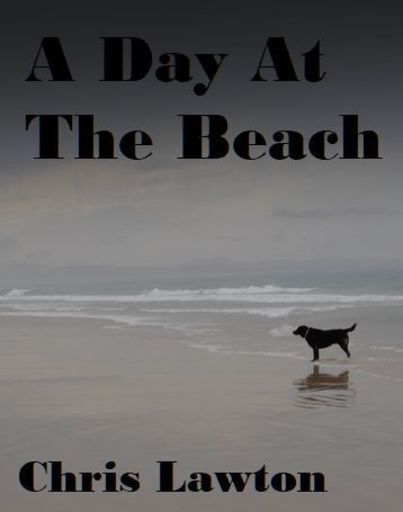 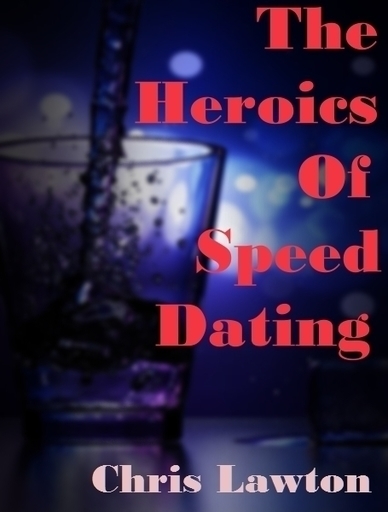