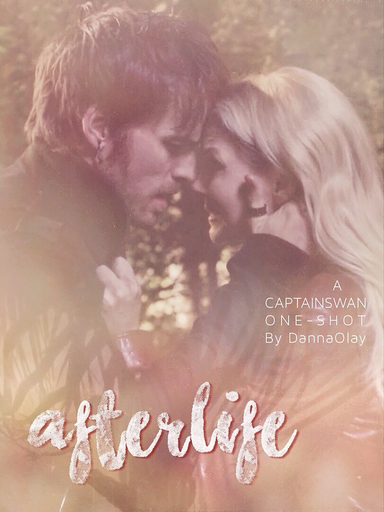 Right before they leave the Underworld, Killian stops and loses presence. Emma beckons him to a way back.

Right before they leave the Underworld,
Killian stops and loses presence.
Emma beckons him to a way back.

They've gone through the town to the pond where the boat awaited. One by one, they boarded the raft; Killian behind the line, his eyes on the other side of the smoky path; uncertainty drawing him to a stop.

Emma turned to look at him, confused. "What's wrong? Come on, we're almost there."

He didn't move. The sight before him was endless; the path was mysterious and beautiful. It was tormenting and destructive. It was infinite and frightening. What had he done here? "All those years I spent trying to survive... I wasn't," he spoke suddenly and looked at her. "I think I was avoiding death."

Emma sighed, "Killian..." They've been through this. Ever since they found him, he'd been talking to himself. Hades had said it was the souls' way of recalling their lives, of which the punishment was that they couldn't make sense of anything. This time, though, he sounded different. He wasn't trying to remember his life – it felt as if he was confessing his life. He was so vulnerable. She knew he needed to do this. "What are you saying?" she prodded, stepping closer to him.

"When I..." he continued, trying to speak as much as he could, "when I died up there, I thought I'd made my peace with that. But down here, I think I've forgotten something – something I had to do, but... I can't remember." He was beginning to fade again, losing eye contact, his knees weakening as they hit the ground.

She caught him and knelt as he did, touching his face, beckoning him to connect. "That's because you do. Our future. Remember?" She searched his eyes for some kind of light, but there was no change.

His eyes were unfocused, restlessly moving, trying so hard to make sense of his life above, until they steadied, slowly trying out the familiar word on his lips: "future..."

She gleamed as he finally locked her gaze, more conscious now than he'd probably ever been in this place. "Yes, Killian, our future. We talked about it back in Camelot, after you gave me your brother's ring."

He'd asked that question a few times already. She held out the chain around her neck, showing him the trinket he'd claimed had kept him alive time and time again.

He looked at it with eyes so pure, almost trance-like – and just like that, she lost him again. Her heart swelled with worry for him. He still wasn't himself.

She moved to take the chain off of her, thinking it would help if he was wearing it.

"Don't," he said, startling her. "It's yours." All the while he never took his eyes off of the ring, his mind was present. "I've had it for centuries. It's your turn to keep it. It will protect you."

"That's why I'm returning it. Killian, I need it to protect you now so you can escape this fate." He was still fixed on the ring, and she wasn't sure he'd heard her at all. "Please!"

He smiled in her direction, willing his eyes to hers again. "Oh, Emma..." he said softly. "Don't you get it? You're my ring."

She's always loved it when he told her these things. If the situation were any different; if they weren't trying to escape from someplace; if he weren't literally a tortured soul detached from his body, she'd have kissed him by now. But he wasn't him yet, and they were far still from home. At this point, she was simply frustrated. She didn't know whether he was here or not, if he'd understood anything she'd said, if she could ever get through to him and suddenly, tears began to stream her face. She was so tired. All she wanted was to just bring him back, but it seemed a losing battle now. They were so close to escape, but he was mired to this place. She fell into him, tears soaking his shirt, his arms instinctively at her comfort.

"Emma," he whispered after a few moments. "Stop crying."

His voice was so sure, so him, but he was still trembling. She lifted her eyes, hoping to see something else in his. He wasn't looking at her, but she could see him there. "Killian..."

Was he really? Yes. She needed to believe that. She needed him to come back to himself; to come back to her. Wiping her tears away, she clutched his hand to her chest, trying for a different approach. "Remember what you told me in Neverland?" she asked, smiling at the memory. "When I win your heart... It'll be because you want me."

"I remember," he said, a slow light in his eyes upon a distant somewhere.

"Well, you have." She shifted to face him, their lips only a breath away. "A thousand times over, you have."

And then something inside him connected. He looked at her once more: a woman before him desperately holding on to him, to bring him – a man unworthy of love – back to a place he grew to call home. Was there a future still set for him? He didn't know. But there she was – a woman who deserved so much more than the world could offer – choosing him, and the thought made his heart beat so loud, it might burst with joy. And god could he love her more than he already does? She was looking at him with all the love that she knew, and he suddenly realized what was happening; the smile on her face mirroring his own. 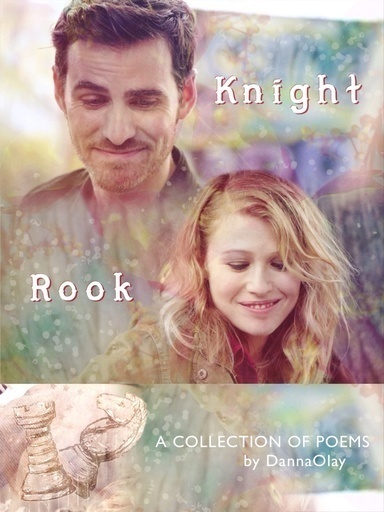 A collection of poems written for Wish!Killian and Alice of Once Upon A Time ; occasionally for Rogers and Tilly. 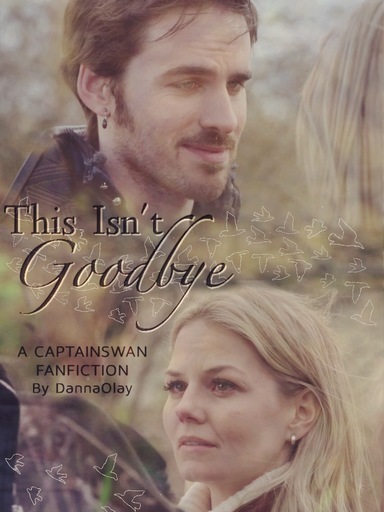 After finding out about Pan's plan to enact the Dark Curse, Emma runs. Hook finds her hiding place. Set between 'The New Neverland' and 'Going Home' (3x10/3x11) on Once Upon a Time.