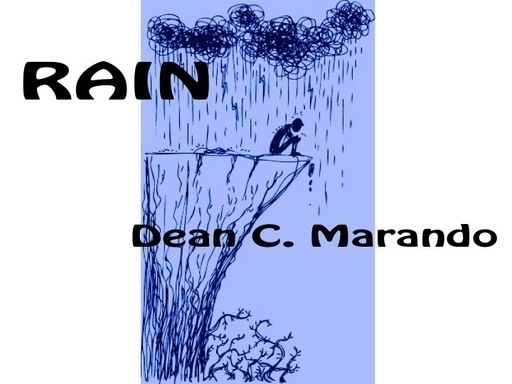 Drowning in a flood, is Felix.

38 Reads
3 Favorites
Get the App

A short story by

The rain came down in buckets. I was only out there for what felt like a second and everything was wet, my socks were drenched, a pool had formed in my hoodie. I knew I needed to get under someones balcony or a bus stop to get out of the pour but I was soaked and it reminded me of a line my Grandfather would always say when someone offered him a drink; ‘what would you like to drink Falco?’ to which he would reply ‘Something wet please,' he was funny like that. It immediately brought a smile to my face and I thought how wet could I get now? So I ran.

I ran down that street as fast as I could. Cars slowed down as their wipers just weren't fast enough. My clothes were getting heavier and suddenly I was running in water, speed humps were my only refuge and only that was one foot of dry land. I thought ‘buckets’ not a correct meteorological term was about as much as it could rain at any given time but ‘bathtubs’ seemed to ensue and really I should have known better. I stopped to take it in and look up, don’t ever look up.

I still won’t ever know what was the worst mistake I made. 1. Running like an idiot because of the woman I love. 2. Running in torrential rain after the events of two years ago 3. Running in the street 4. Looking up to the heavens. Indeed, they were all mistakes. They all culminated in darkness and then the constant beep of a heart monitor. Now if anyone ever tells you this is the scariest sound they’ve ever heard, like some in Ward B had recently stated to me, they clearly haven’t seen the light. I admit, it was scary, but when I woke to see and hear that heart monitor and I knew I was alive, it was such a beautiful sound and one I won’t ever forget.

As I turned from the heart monitor, I saw my Mother standing over me in an awful worry. I felt as if I was in trouble, like I did when I was a child. I knew that I had come through because Mum gave me a good old fashioned back hander. I’m still unsure which one brought me out of my coma, Mum’s back hander or the drugs they pumped into my veins.

“Felix! What have you done now you idiot?” Mum said as she hid all worry.

I must tell you, that to respond to her very concerned question, I would first have to take off my oxygen mask, my arms were too heavy to move.

“You know you can’t swim” She replied to her own burning question.

Now I really had to get this mask off and set the record straight.

“Mum, the doctors said he drowned, meaning his lungs were full with fluid” Wes said from the chair next to me.

That’s my brother. My very loyal brother, we’re products of her really, so we learnt early to stick together and stand up for each other. He knew I wanted my mask off. He leaned over to carefully pull it down to one side.

“Heavy rain..running” I used up all my energy. I could only blink to respond now, but no one knew my blink signs, oh no, she has the floor now. Come on Wes, defend me.

She continued, as you do when you have the floor. “You’re both a mess, always in trouble, what did I do wrong?” Remember this is probably not a question. There won’t be too many from here on in.

“It was easier in your day” Wes chipped in with.

Oh heaven. The flood gates have now officially opened. With ammunition in hand, she’s going to systematically shoot us down. So it went, the old lines, Wes was mouthed along to her rant.

“You have opportunities at your doorstep, you can literally be anything in this world” She went on.

I heard Wes utter under his breath sarcastically “literally? Say what you mean then.” I giggled, it hurt my lungs. It was worth it even though she didn’t hear it.

It continued “You’re good boys, why can’t you find girlfriend’s and keep them? On and off and on and off, settle down?”

“I’m 67 now. Retired. Where are my grandkids? All my friends grandkids are finishing primary school!” Thankfully she was cut off.

The attending nurse came into the room. “Miss Falco, we need everyone to leave now”

“Because your son has just woken from a coma, he needs not to be disturbed and we need to monitor his vital signs.” The nurse replied as she put her hand on Wes’ shoulder to usher him off the chair and out.

Mum put on her ‘around people’ voice “OK sweetie, we will just be outside then.”

The nurse ushered Mother outside and closed the door. She then walked over and gently placed my oxygen mask over my mouth and nose again.

“Are you okay?” she softly spoke.

I nodded and she leaned in closer. “Someone who is claiming to be your girlfriend is here and has been wanting to see you for the last week, you’ve been in a coma for 9 days now, I’ll let you think about if you want to see her or not, she seems very nice.” 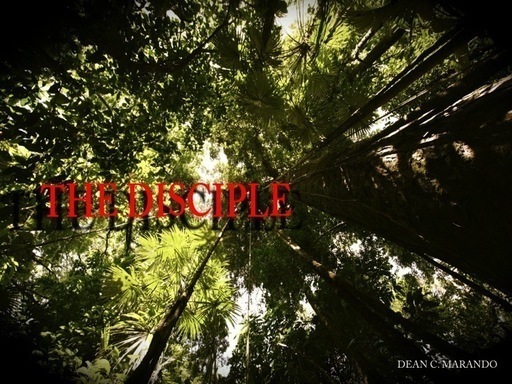 A missionary is sent into remote South America to investigate the murder of a fellow priest.