A Dash Of HumanDerek S. Spalla

A Dash Of Human

Talindra, an elf witch needs a dash of a very unusual spice. A spice she can only get from a human. In the Darkwood Forest, Talindra encounters a huntsman, William Stagchaser from the village of Trehn Grove. Talindra decides William is just the human she needs.

William walked along a game trail searching the ground for signs. A paw print here, a tuff of fur there, a broken twig. All of these he could clearly see, though most men would have missed them. He ducked under a low hanging branch and knelt down. He placed his finger tips to a fresh track. He was on the right trail.

William straightened, adjusted his quiver, and used his bow to quietly push some brush aside. He had followed the trail out of Trehn Grove, a sleepy little farming community where he served as the local game master, tracker, and guide.  William had walked past a couple of farms, speaking only shortly with the owners who he knew well. Both spoke of an egg stealing visitor in the early morning hours.

After leaving the two farms behind, William has followed the game trail that skirted the farmers' fields and into the tree line. He walked, scanning constantly, and stopping every now and again to listen. A few moments later, the underbrush and thin trees broke into a small clearing of grass. William came to the edge between trees and grass and knelt again. The sun was high and he could feel it's warmth on his face. A slight breeze blew across the tops of the knee high grass bringing it's fragrant smell to William's nose. He checked left and then right before exiting the cover of the tree line. He continued to follow the game trail through the grass as it led past a small pond. At the pond's edge he found a clear sign. Broken chicken eggs. Their shells licked clean and discarded by the water's edge.

William felt he was closing in on his quarry. The signs were getting clearer and more frequent now. The clearing widened into vast rolling fields, first down away from him and then rising on the other side of a small gully. Across the gully and up the hill rose an ominous image, The Darkwood, lay stretched out before him.

William crossed the field, jumped the gully, and much to his consternation, the trail led right into Darkwood Forest. William stopped at the edge between the sunny fields and the Darkwood. He was familiar with the tales of doom that mothers and fathers told their children of the strange creatures that inhabited The Darkwood to make them do what they were told. Even his own father had told a story or two when William had been a child. William of course had been inside The Darkwood before. He was well aware of the danger, imagined and otherwise.

William pulled up the hood of his cloak, checked the knife on his hip, and crossed into The Darkwood. The canopy of pines and hardwoods was thick, as if the trees themselves conspired to block out the light of the sun from reaching the ground below. All around were tree roots, mossy rocks, and damp leaf litter.

There was a dampness in the air. A heaviness. It was like The Darkwood carried all of the deep dark secrets of the world, and William could feel it. A smell of dirt, bog, and rotting things came to William's nostrils and made him momentarily scrunch up his nose at it. He continued on into the darkening forest, the signs on the trail clear in the soft mud.

Up ahead through the trees, William spotted a shaft of sunshine, weakly poking a hole in The Darkwood's canopy. William followed the trail around rocks and trees, winding its way towards the light.

The light illuminated a small clearing, surrounded on all sides by towering black pines that seemed to serve as watchful and silent sentinels. Across from William on the other side of the clearing, movement caught William's eye. He moved stealthily to the edge of the clearing, making sure he remained in the shadows.

There is was. William had found his quarry - enjoying wild blackberries as it snacked happily - unaware that William had caught up to it. William knelt in the soft undergrowth. Not taking his eyes of his prize, right hand moving silently to draw an arrow from his quiver. He notched the arrow. Drew back painfully slow and brought the arrow up to aim his shot. He felt the tickle of the fletching against his face. William sighted down the arrow with his right eye, closing his left. He held the target at the end of his arrow. He drew in a slow, quiet breath.

The wind blew, rustling the leaves all around, and sending William's scent across the small clearing. At the other side, the red fox snapped its head around and looked directly William. Time seemed to slow. William held his breath, fingers releasing the taught bow string. An arrow's whoosh. The red fox turned to run and seemed to leap slightly as William's arrow reached it and it went down in a heap.

William let out his breath, pushed back his hood, mopped his brow with his sleeve and waited. After a moment or two, William rose to his feet and began to walk quietly across the clearing to the other side. As he approached, he could see that the rise and fall of the fox's chest as it labored to breath.

"Damn it." He said under his breath. He drew his knife and moved in on the fox, crouching low as he did. When in a couple paces of the fox, William moved to hold the fox down with his bow, knife at the ready. William knelt beside the fox, bow a hair's breadth away from the fox's neck - an arrow sticking out clearly from the fox's front flank.

Before William could react, the fox turned, flashing white fangs and hissing. William fell back from his crouch onto his backside - then there was the blinding blue flash that filled all of William's vision. Then there was darkness.

Poetry from years past to the present as I search for myself. 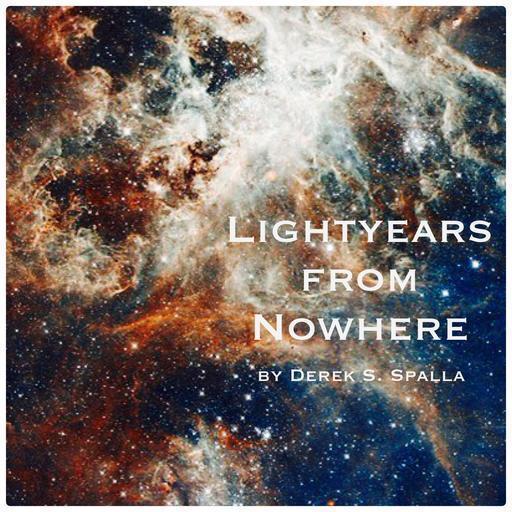 David Requiem is the Captain of the Wren, a Phoenix class starship, and her small crew. They find themselves in a charted but unnamed solar system carrying strange cargo with a corporation fleet in hot pursuit. 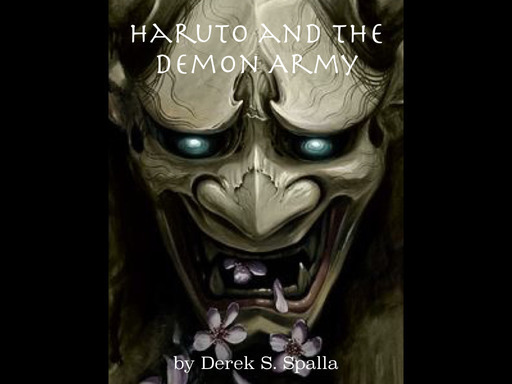 Haruto and the Demon Army

Haru Hayashi is an elderly orchard owner. One day while walking through his peach orchard during the summer harvest, he comes across a pure white peach hanging from a branch. He picks the peach and takes it with that day's harvest to his wife Hynata. Hynata believes the peach is a good omen. Together the old couple decide to eat the peach to see what it tastes like. As Haru slices the peach in half, they discover that inside the middle, instead of a pit there is a tiny boy...a tiny boy with wings! Haru and his wife Hynata adopt Haruto as their son. Danger and destruction come to the small family's doorstep when their village is attacked...