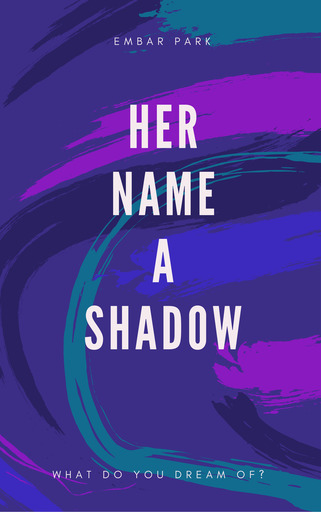 Her Name a Shadow

"Come on guys, they went extinct ages ago." "Doesn't mean some of them couldn't have survived." Kaia refuses to believe something like this could happen, but with the bite mark on her shoulder and the mysterious bodies being found, it's hard not to start suspecting the supernatural. A story revolving around an entity called 'dream warpers'; because there's nothing harder than giving up your sleep.

50 Reads
2 Favorites
Get the App

Kaia sipped her hot scalding coffee through her teeth as she listened. He was going on about a great opportunity, something about a worldwide tour and rattled some numbers out with impressive digits, and yet Kaia wanted nothing more than to block it out. Her head, now filled with romantic pictures of an ideal world and a lifetime of dreams, was trying with all its might to shake them away.

"Look, Chris I know this is an amazing chance, but I've already told you; I can't take it."

"And why not?" He asked exasperatedly. "I don't understand at all!" He emphasised each word like they were more important than they were.

"Because I just scored a great job, and it's stable and it pays well." She felt the coffee burn her throat, each word making the pain pulse. "Plus, I'm too old to have young dreams like that. Ask one of your 20 something year olds to go for me, I'm sorry."

"You have got to be kidding me." He sat back on his chair, running a tired hand through his wispy black hair. He adjusted his glasses and then locked Kaia in one of those gazes. "You're only 28, that's plenty young! And you don't have anyone tying you down here, your parents are all the way in Korea and you're not seeing any-" His eyes widened in shock. "Are you…?"

"No, I wish I was." Kaia sighed and broke off the intimidating eye contact. She sipped at her coffee again, lips trembling with doubt and weighed down with wishes that things were different.

"Then what's holding you down? Don't tell me it's your job because I know how much you hate it." He demanded. His coffee was untouched and becoming exponentially colder. Kaia remembered that Chris didn't even like coffee; he was doing this just for her.

"I…" She started but Chris didn't wait for an answer.

"You're plenty good at dancing. I've seen it, you know it. In fact, I think you're the best in my class."

"That's a blatant lie." Kaia interjected. "Veronica is a much better dancer than I am."

"Classically, sure, but no one has the kind of style you do. You know what I mean, those little details that you ignore deliberately or those dynamics between strong and delicate in the most tasteful of places…" Chris began rapidly prattling on and praising Kaia's dance style, ignoring her cold glare and deepening blush.

"All right, that's enough." She hid a small grin behind her coffee cup.

"I saw that." He mentioned. He smirked as he leaned forward again to rest his elbows on the table. "Please, Kaia, I need you in this. And I know you want this too." His voice was low as if he was about to tell a secret.

Her mind was buzzing with excitement and adrenaline, all pumping her to say yes, to take the offer and call her job, tell them she quit, and live a life of pure bliss. Yet there was the cynical side of her, measuring out bucketloads of reasons why not to, all of them excuses and whimsical and unclear. It outweighed the former.

"I need time to think about it." She stated formerly. Chris shook his head slightly, grin fading, and gave a deep suffered sigh. The kind of sigh when you know they've given up.

"That's what you said last time."

The friend she came with, Eliza, had already chatted up other people, leaving Kaia alone but giddy at the bar. In fact, she barely even registered that Eliza was gone. She was off in her own world, drowning in alcohol and loving life, even if it wasn't perfect. It was at that point, Freya Klaven stepped into her life.

Freya definitely wasn't the typical beauty, she had freckles, short untidy hair that fell just above her shoulders and had a roundness to her that wouldn't have been considered fat, but neither would it have been considered skinny. However, there was a deep, almost magical, charm about her that stole glances from Kaia more than once.

She looked young, and that usually would've put Kaia off, but tonight the alcohol was making her reckless and full of naive optimism that she normally would've puked at. And so the conversation started, Kaia offering the charming one a drink, delighted at the immediate acceptance, and letting herself banter about some intelligent idea that made her sound interesting.

She didn't remember the conversation exactly, only knew that the general feeling was a warm fuzziness she hadn't felt for a long time and a building blind passion that convinced her that she could jump off skyscrapers for this woman. She had only meant to pick off an eyelash on Freya's cheek, but her hand had a mind of its own, leading itself to the side of her face to push back a lock of hair behind her ear.

There, it rested. Almost cupped against her cheek.

The conversation paused, shy smiles were passed, and suddenly Kaia's lips were occupied and that night was history.

She takes he offer. She quits her job and suddenly she's on a plane to LA, excitement buzzing within her team of dancers, all beautiful and glowing with hope. Just as suddenly as she is on the plane, she's in the airport, and the stage is already there, massive and magnificent. Red curtains and gold accents, seats made of velvet with cushions that even King's would be envious of.

They are all up on that stage, costumes designed and fitted to perfection, glittering in the blinding stage lights. She is centre stage, spotlight, and in the audience she sees Chris beaming with pride, she sees Eliza next to him, tissues in one hand dabbing at her tears. Furthermore, she sees next to Eliza, Freya. Freya?

Something shifts. Kaia's now in a hotel room and it smells sickeningly floral; she loves it. In the corner of her eye she sees the door open and close and a figure walks in. When she turns and looks she is met with surprise. Freya wears lacy fabrics that barely cover anything and it makes her mouth water. It makes her mouth water.

Kaia woke up with an embarrassing amount of saliva dribbled onto the pillow which she quickly realised wasn't her own which consequently reminded her of what had happened last night. This lead to an onslaught of pain from the hangover she knew she would regret and she screwed her eyes tightly shut, convinced that it might help the mind numbing ache. It didn't.

She would've stayed in that position for the whole day; hugging a body pillow tightly, forehead pressed forcefully into the side and blanket at the perfect ratio of covered to uncovered, if it weren't for the abrupt footsteps and rustling. The noises made her slowly unclose her eyes and sit up, looking for the source of the noise, and made eye contact with Freya who was half-way getting dressed.

Blushing, Kaia averted her gaze, sound getting stuck in her throat and forcing her to cough a few times.

"Hey, uh, I mean, good morning." Her voice was hoarse and raspy, as though she had been screaming the whole night… oh.

"I'm sorry." Freya's apology was rapid and unexpected, as she continued to rush to get dressed.

"Hey, hey, what's the hurry?" The question came out more desperate than Kaia had hoped to sound.

"I need to go." She replied almost solemnly.

"You've got work or something? Or…" It took some time for her to make complete sense of the situation, in fact, she felt as though the alcohol wasn't completely out of her system yet. "Or was this your first time doing something like this?"

Those words seemed to have resonated with Freya as she suddenly froze midway through putting her leg through her pants. She looked up at Kaia with doe eyes and it shamed Kaia to have only just realised how much of a pretty hazel they were, almost golden.

"You…" Freya seemed confused and lost and it only made Kaia want to coddle her more.

"Look, it's not as big of a deal as you might think it is. I mean, I'm not saying you don't mean much to me, I'm just saying this kind of thing doesn't have to be a huge stressor." Kaia explained gently, wanting to get her to come and sit on the bed. She inched herself to the edge of the platform, feet now resting on the floor.

"We can still keep in touch?" Kaia gave a soft chuckle. "I wouldn't mind talking to you again." She glanced at the ground in bashfulness before looking back up to Freya's startled complexion. She waited patiently for an answer before getting one she wasn't expecting.

"You don't understand anything." And with that, Freya picked her things up in one swift movement and left the room, leaving Kaia to wonder why she had acted so startled, and who's house they had just slept in. 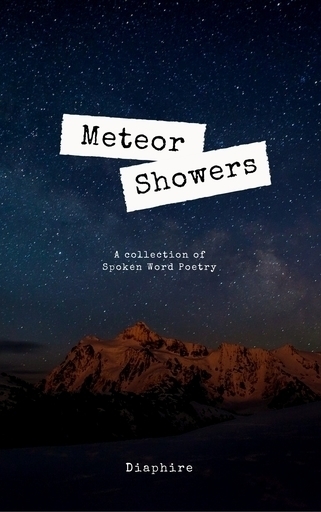