An uncle is worried about his possessed niece.

Some Lynyrd Skynyrd rang through the house, shaking the walls.

‘’My niece has been messing around with one. I don’t like it,’’ Carl admitted.

‘’She’s a teenager,’’ Vic said, a laugh caught in his throat. ‘’Didn’t you ever break out the Ouija Board on a Friday night, trying to contact some relative that has passed on?’’

‘’Nope. The supernatural terrifies me. Always has,’’ Carl said, his voice faltering a bit.

Vic glanced over at his friend. ‘’Has your niece seen or heard any weird shit?’’

Carl looked up. ‘’No, just a couple of times, the spirit claimed to be my mother a couple times..’’

Vic remains silent. The song playing melted into the next one. It was a CD. ‘’Ouija Boards are just the subconscious’ way of telling us shit we all want to hear. Everybody knows that.’’ He took a drink.

‘’What if Ouija Boards were really portals to other worlds?’’ Carl pressed, leaning in, speaking in a frightened whisper.

‘’Maybe, but did you know my mother was a witch?’’ Carl asked.

‘’How?’’ Carl asked, indignation rising in his voice.

‘’I caught her trying to summon a demon back in the day,’’ Vic said, matter of factually.

‘’When was this?’’ Carl demanded, his eye twitching a bit. It did that when he got mad sometimes.

‘’You remember that day you dared me to try and unsnap Betty Lou Johansen’s bra, in study hall?’’ Vic asked.

‘’You remember I was waiting for you after you got home from your football practice that day?’’ Vic asked.

‘’I grabbed your dad’s ladder from the garage and climbed up to your bedroom, you know, to wait for you,’’ Vic stated.

‘’Exactly. And that was when I saw your mom, in your room performing black mass. She was wearing a hood and muttering some weird chant and had candles all over the room.’’

Carl sat in open mouth disgust. ‘’W-why didn’t you ever tell me?’’

Vic shrugged. ‘’She paid me twenty bucks not to say anything. You know me, for twenty bucks, I’d have helped her hide a body.’’

‘’I didn’t find out till she was on her deathbed,’’ Carl let out a breathy whine.

‘’Relax, man. Maybe I should have told you, but your mom knew how sensitive you are to that kind of stuff, and she didn’t want to freak you out,’’ Vic’s voice seemed to have a soothing quality to it.

Carl smiled. He spun around the cup, allowing the liquid inside to swish back and forth like ocean water. ‘’I miss my mom.’’

‘’Yeah. They say time heals all wounds, if that was true, the two of us wouldn’t be drinking.’’ Vic admitted, the two men clinked their glasses.

The music continued playing. At Carl’s niece’s house, two girls were having a gathering, as they called it. The girls included Carl’s niece Sandy and her friend Marlena. Marlena sat on a cot, painting her toenails and Sandy took a slice of cheese pizza and took a bite. She swished the food over her tongue, allowing the cheese to slide over her tongue. ‘’I love Dominic’s pizza,’’ Sandy said, her mouth full of pizza.

Sandy laughed. ‘’That place is for kids.’’

‘’You want to watch another movie?’’ Sandy asked.

‘’What do you want to do?’’ Sandy questioned.

Marlena looked up from what she was doing. ‘’Whatever you wanna do, I guess.’’

‘’How about we break out the Ouija Board?’’ Sandy suggested, trying to stifle her excitement, fighting her smile.

Sandy grabbed her Ouija board, it was in the closet, and she placed it on the floor and the two girls placed their hands on the Ouija Board. ‘’What do you want to ask it?’’ Sandy asked.

‘’Give it a little more time,’’ Sandy snapped.

The air grew cold. Marlena shivered. ‘’Do you have the air conditioning on or something?’’ Marlena asked, hugging herself.

‘’No, that just means Todd is here,’’ Sandy informed her friend, her eyes dancing with delight.

‘’Who the Hell is Todd?’’ Marlena demanded.

‘’He’s the spirit I communicate with on here,’’ Sandy answered.

‘’Is Marlena a bitch?’’ Sandy chuckled.

The girls kept watching in open eyed wonderment as the board continued its hypnotic pattern. It then spelled out I’m not Todd. ‘’Then who are you?’’ Marlena asked.

Sandy immediately put the planchette to Goodbye and put the board back in its box. ‘’Well that was a complete waste of time,’’ Marlena said.

‘’I’m not crazy how the spirit told us it was a demon,’’ Sandy stated, biting her lower lip.

Marlena stared through her friend. ‘’Don’t be an idiot. You know Ouija Boards don’t work.’’

‘’It gets like that sometimes, especially when I’ve been playing with the Ouija Board,’’ Sandy averted her friend’s gaze.

‘’How often do you play with that thing?’’ Marlena asked.

‘’About two or three times a week,’’ Sandy boasted.

‘’Maybe you should cut back a little bit,’’ Marlena suggested.

‘’They say we fill our lives with the stuff we obsess over, until it possesses us, controls us,’’ Marlena admitted.

That night, Sandy dreamt that a shadowy figure as kneeling by her bed. It began muttering to her in speech that sounded like Latin. Her bed began thumping up and down. She awoke with a jerk. Sandy peered into the darkness, waiting for her eyes to adjust. She saw Marlena, her back turned to her, snoring softly.

She got up, went to the bathroom, climbed back into bed and fell back asleep. This time, Marlena dreamed about the same shadowy figure that Sandy did. It was kneeling by her cot and speaking in what seemed like Latin.

Marlena awoke with a start. She glanced over at her friend and noticed she was sound asleep. Marlena drifted back to slumber herself. The next day at breakfast, both girls spilled their guts about their dream. ‘’It’s freaky how our dreams were identical,’’ Sandy postulated.

They were both seated at the kitchen table. Marlena was eating a banana and Sandy was eating some cereal. At school the next day, the girls walked to school in the rain. Marlena carried the umbrella and Sandy just wore a gray hooded sweatshirt with the hood up to keep the rain off her hair.

Of course she was soaked by the time she got to school. Sandy never really seemed to mind. Most of the boys at that school were too stuck on themselves and at just fifteen, Sandy did not feel biologically ready for messing stuff like dating to interfere with her studies. Not that she took her studies all that seriously. She mainly got C’s, but she went to class every day, even if she was prone to daydreaming every now and then.

Marlena was just the opposite. She had gotten straight A’s since kindergarten and was very much crushing hard on Tyler Buck-man. A sophomore on the varsity basketball team. She even wrote his name on her diary cover surrounded by a bunch of hearts. Both girls headed off to their differing homerooms.

Mr. Fowl sat behind his desk. His ruddy cheeks glistened with sweat and he wheezed slightly when he talked. The rain beat against the window. Sandy’s desk began shaking and convulsively. Her classmates stared in horror as her desk, with her in it, lifted off the ground and crashed into a nearby wall.

She sat there, in shock, the teacher rushed over to the shaking girl. Her ears rang. She saw the teacher’s lips moving, but heard no words. The world seemed to spin. She hurried from the room and raced to the bathroom. Her face hovered over the toilet, her chest heaved. She began vomiting. The overwhelming anxiety and terror and rumbling in her belly drove her to this. The wave of puking ceased. On shaky legs, Sandy stood up and exited the bathroom. She hung around her locker. Her mind raced. ‘’What was going on?’’ Sandy thought. ‘’Am I possessed? Do I need an exorcist?’’

She staggered back to class. The teacher rushed over to her, tossing his arm around her shoulder. ‘’Are you alright?’’

Before long the news of Sandy’s episode, as it would later come to be known, spread through-out the school. At lunch, Marlena confronted her friend. ‘’I heard some crazy stuff about you. I heard you threw yourself across the room? Some people are saying you’re psycho and some people think you’re possessed.’’ Marlena’s voice trailed off.

‘’I think I might actually be possessed,’’ whispered Sandy.

Marlena’s eyes widened. She sat in stunned silence. ‘’You need like a total exorcism.’’

The table lifted up, including the two girls. Marlena tried choking out a scream, but no sound came out. The entire lunch room started chanting witch, witch, witch. Sandy tried pressing down the table with all her might, still, it floated. Sandy’s eyes turned to solid red. Her face contorted into an ugly mask of hatred.

Obscenities spewed forth from the teen girl’s mouth like vomit and Sandy said ‘’little girls shouldn’t play with Ouija boards.’’

The table crashed to the floor. Marlena turned and bolted out of the cafeteria screaming. Sandy stood up and let out a roar mimicking a Lion before crawling on all fours like a dog and scurrying from the cafeteria. Sandy snarled and scampered through the halls. An angry lunch aid came chasing after Sandy.

‘’Hey you. Get back here,’’ shouted Chauncey, the aid, a heavy-set black man.

He sort of wheezed as he ran. He made dive for the girl but she evaded him like a greased up pig. He smashed into the wall and howled, ‘’my shoulder. Fuck.’’

Suddenly she stopped. The cafeteria was filled with the buzzing of terrified teenagers. Sandy hurried into the bathroom and smashed the mirror in a fit of rage. She picked up a shard of jagged glass and began mutilating her face. She howled as fresh blood poured from her newly opened wounds. She muttered to herself incoherently.

She passed out from blood loss and a fellow student found her and she was rushed to the hospital via an ambulance. The doctors tried to reconstruct the girl’s face as best they could, but it was badly scarred. Carl met his sister Darlene in the waiting room. She was a quivering and crying mess. ‘’How is she?’’ Carl asked, clutching his hat in his hands.

‘’She’s resting now,’’ Darlene managed to squeak out. ‘’Her face is badly mutilated. Doesn’t even look like herself anymore. Why would she do something like that?’’

‘’I don’t know; I know she had been playing with a Ouija Board,’’ Carl said gently.

‘’She used Ouija boards too,’’ Carl shot back.

‘’For Gods’ sake, Carl. Are we really going to fight about this while my daughter is in the hospital?’’

Carl bowed his head. ‘’I’m sorry. It’s just, you know finding out the truth about mom has always bothered me.’’

‘’I know. Can we just put all this behind us?’’ Darlene’s eyes shone in the dull light of the waiting room.

Carl gave a quick nod. Inside Sandy’s hospital room, the machine she was hooked up to made a series of beeping sounds. A dark energy rested on her chest, pinning her to the bed. She thrashed about, her arms and legs flailing. ‘’I’m Zozo, bitch. I’m Goddamn, motherfucking Zozo!’’

She wheezed. Sandy tried swatting at the shadowy specter, but her hands went through it. The entity vanished inside her and forced her to open the window and leap out of the window, plummeting to the earth and shattering upon impact like blood soaked lasagna. 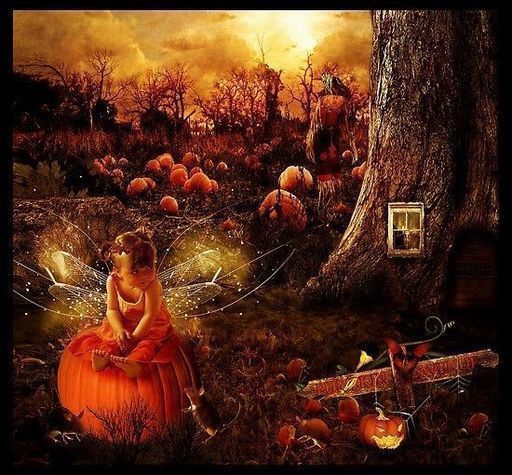 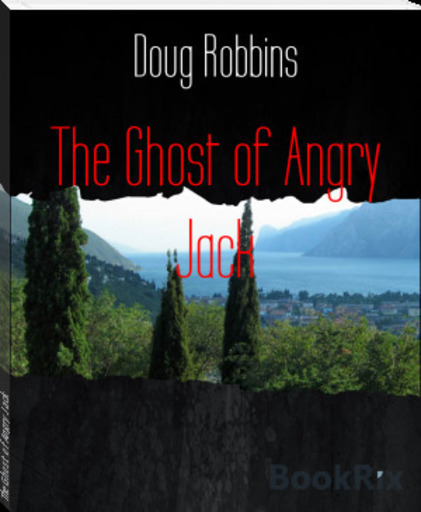 The Ghost of Angry Jack