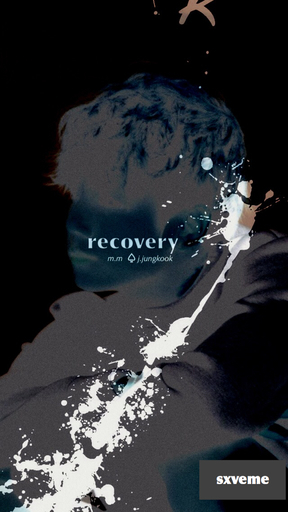 The eighteen year old, Mei who was recently released from rehab goes to Korea to live with her uncle and grandmother. If she were to stay in Japan, rumours around her went around and she wouldn't be safe at all. Her plan was to fully recover in Korea, to get past her pain and terrible memories that nearly made her end her life. Her life began to change slowly in Korea, meeting people she didn't expect to meet who ended up changing her life completely. But was it for the better or the worse?

44 Reads
5 Favorites
Get the App

“Butterfly” She whispered as she lied on the field of sunflowers, staring up at the sky as butterflies flew around her.

“Yes, those are butterflies,” An older lady said as she braided the young child’s hair, humming a tune softly.

The young girl was eighteen years old, entered rehab in Japan at the age of sixteen. It was a rough time for her; she was in a painful state. Her parent’s dying was one thing but witnessing it was another. Other from that, she was being bullied, judged by others for ‘killing’ her parents. At first, she was able to ignore it, but it got to her. She ended up harming herself, believing she was a murder, that she killed her own parents. Her aunt worried terribly at her actions and sent her to rehab. She’s been in rehab for three years, letting people try to fix her.

“Mei, the doctors were saying that you were leaving, where are you off to?” The lady asked as stroked her hair, sighing softly as she lied beside Mei, whose eyes were following the butterfly’s movements.

“A place where I think I can start new, Miyu. I want to become beautiful, like a butterfly.” She quietly said as a smile grew on her face.

“Your grandma said you’ll be leaving next week to Korea with her, is that where you’ll be starting over?” Miyu again asked Mei, who didn’t respond to her question.

She wasn’t trying to be rude, it’s just she didn’t know the answer herself. Whether, she’ll be starting over or her past comes back to haunt her.

A week past, time flew fast since Miyu and Mei have last spoken. She was scared, terrified if something wrong happens.  It was her last day in rehab, in Japan. Miyu applied powder on the young girl’s face, rubbing it in to cover her dark circles. Once she finished, she turned Mei to face mirror.

“You look like a butterfly, darling.” Miyu muttered as her eyes began to sting, she kissed her forehead and walked out with tears escaping her eyes.

Mei was used to Miyu leaving without saying goodbye. She wasn’t great with goodbyes, she couldn’t blame her.

It was time for her to disappear from Japan and get settled in Korea, to become a butterfly, for her real recovery.

"My name is Mei, now." She mumbled as her grandmother was setting up the table for dinner.

"Ah sorry dear, I forgot." She laughed nervously as she hurried back into the kitchen to finish making kimchi soup.

It's been a week since the two arrived to Seoul. They've been staying at her grandmother's son's place. Her uncle, Jisoo and her grandmother were slightly worried about Mei, once again. Ever since they arrived, Mei hasn't been able to take on step out of the old place. She was frightened, she couldn't go out there. She felt uncomfortable to be going anywhere with anyone. People consistently asking if she was alright or if she wanted to go back, didn't help her feel better at all.

"Mei my dear, call your uncle to come down and eat." Her grandmother said as she placed three bowls of soup on the table.

She didn't want to, she just stared at her grandmother who rushed back into the kitchen to bring the jug of orange juice.

"Why should I? He'll come down if he was hungry." She thought as she got up and went to her room to change.

Everything was scattered in her room, she wore her black skinny jeans, a black long sleeved shirt and threw on her long grey cardigan. She looked in the mirror, seeing her dark circles and quickly went through her luggage to find the powder that Miyu used on her the day she was leaving. She picked it out and rubbed the powder on her dark circles.

"Mei, w-what are you doing?" Her grandmother stuttered as she came into the room, seeing her grand-daughter get dressed surprised her.

"I'm going outside, I'll be back late." She said and took her small black bag, walking out her room, put her boots on and rushed out of the house.

It was a breezy day, the wind hit her face as she walked past people. People brushed her, shoved her but she didn't mind. Her walking suddenly became into her running, she was chasing a butterfly. She ran as fast she could, just to follow that butterfly.

After a while, she ended up on a field filled of daisies. She was huffing and puffing from her run, collapse on the grass. She started laughing as she tiredly stared at the butterfly who flew beside her.

"You must be tired." A deep voice said from a distance, startling the girl who broke eye contact with butterfly and sat up to look in front of her.

An older boy walked towards her and smiled warmly at her. She wasn't frightened from the stranger, a small smile grew on her face.

"You saw me?" She said as crawled towards the guy who sat beside her.

"Of course I did, What's your name?" He asked her as she settled down beside him.

"Mei." She whispered as her breath was unstable, she looked at him smile to himself.

"Mei, I'm Jungkook." He whispered in her ear as he took out a couple of napkins to wipe her sweat.

"Let's be friends." Jungkook said as he wiped her sweat from her forehead.

"Jungkook, I want to be beautiful like a butterfly." She reached her hand towards the butterfly that flew around them.

"Like a butterfly?" He curiously asked as her hand followed the butterfly's movements.