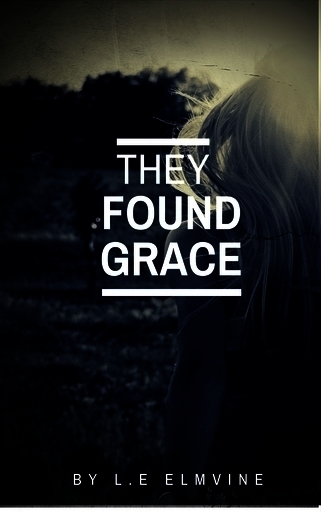 The world is changing. The supernatural has fought for their rights to be classified and functional civilians. Although segregated completely from homo-sapiens, they're happy. But not everyone shares this view. Grace, a young woman is pulled into a spiralling nightmare when she meets a hooded stranger and accepts to play his 'game'. Grace starts a war that she never intended for. Living in a world with two growing populations, its becoming more and more clear that there's only room for one.

43 Reads
0 Favorites
Get the App

Fifteen deaths in nine days. Fifteen unidentified causes, with scratch marks, blows to the head, and a sharp unidentified object. Fifteen individuals who had died of supposed manslaughter, unnatural deaths, and closed cases that had not been followed. Others had their own conclusions of course. You always blame murder on a stranger, someone you don’t know too well. The new neighbour, the one who didn't accept Misses Bennel’s velvetine cake. Suspiciously said they were allergic. Bullshit. No one’s allergic to Velvet cake. It’s a ridiculous notion.

These were the thoughts of yesterday.  A report by an academic with too many words and enough self esteem to believe others read his work (and enough denial to believe no one would catch on to the indirect accusations). A tall figure threw the article away, letting the cold wet pavement seep into it and dampen the ink. It swirled above the paper’s surface, under the scrutiny of a street lights. Two silhouettes scurried down a cold dark alley. Their steps were heavy and quickly paced. Each breath taking a little more force, and gathering in front of them like little small balls of smoke. The rest of the world was living cosily and lovingly, tucked into sleep, while two turned their back on the world. Disappearing under the flickering street light.

'I heard things are still bad behind Wall Rose, getting worse even.' He spat, reaching for the wooden mug and pouring a hot steamy brew. 'Can't say I'm surprised, they're still in the dark ages. Modern technology, communication and all that scoff. We still use Burkweed on the sick. May as well send them to their death.'

The room was musty and small. It had a distinct smell to it, the kind that could only be acquired by rooms older than its inhabitants. The two men (the same from the alley) sat adjacent to one another, slowly drying off under the light. One had fair skin, short auburn hair and was noticeably shorter than the other. He was often mistaken to be physically slow. The other had warm chestnut skin, his hair was grey and curly, and his eyes narrow. He towered over the other, hunched in his seat holding on to an old musket. Frowning and unimpressed. He looked at the other, and poised a question. ‘How bad is bad, Rich?'

‘What?’ His lower lip dropped slightly. Rich often let it do so, never heading it any attention. It gave him a consistent dumbfounded look, but it did not help that he slurred his words and spat when he spoke at a fast pace.

‘You said it was bad. How bad is bad, you dumb fuck. Finish what you say.’ The old man grew considerably irritable.

'No need for that' Rich hesitated. 'I thought it was obvious. The civil war is still going on, the S-class and civilians have never hated each other more, but they should better. They should.'

‘Why don’t you call them what they really are.’ The words came off his tongue with venomous hate.

‘Cain!’ A loud voice bellowed, shaking the small cabin. The two men turned round to see a stocky and well built figure, with a disapproving frown. He had harsh brows and large ears, his jaw was sharply cut. The men glanced at him and sighed as if he was a nuisance to see. Rich pulled out a pack of cards and shuffled them onto the desk, he cupped his wooden mug and inhaled deeply. Cain flicked a curl behind his ear and let his heart rate settle. He felt a cold tingle on his back, and the hairs of his neck stood up. He didn't dare look, for he was already aware of the slim woman joining the stocky figure by the door. She parted her lips slowly.

'Is this..' she continued sweetly 'the kind of decorum we encourage here? My my, the little soldiers are braver than I thought. Cain. Rich?' Her voice soothed like ice on a fresh wound, rolling off her tongue in the most uncomfortable manner.  She raised a brow, her eyes fixed on Rich who had promptly dropped his cards. Cain turned round slowly, with fear in his eyes. She had not looked at him, which was more unsettling because he knew it was him she was watching. Both men jumped to their feet, proposing the strictest salute. The stocky man at the door, had not moved a muscle, not even so much as blinked since her arrival.

‘Now now Cain’, her voice melted like a forgiving mother. ‘You know better than to use that kind of language. What was it again? Leeching? Quite the interesting description you have there. I never knew you had such... colourful vocabulary’. She woman smiled, her body slinked into the room and her hips sashayed with her. She was feminine personified. Terrifyingly so. She stepped forward, continuing her motherly discipline, ‘we’re here for change, men. Wall Rose may take it’s time, but we have enough research to know that the unveiling of the supernatural will work in everyone’s favour.’ She took another step, Cain backed up against the wall, lowering his musket. She moved towards him, her lips hovered above Cain’s ear and her breath pressed on his neck. ‘That’s fair isn't it? Equality’.

He nodded sharply, sweat dampening his face. A small laugh escaped from under her breath, spinning on her heel and heading back towards the door. ‘As you know boys, tonight is my last night. I’ll be going on a little holiday for a few weeks and I’ll expect you to be on your best behaviour’. She smiled, glancing at the men one more time. ‘I’ll know if you’re not’.

Cain shifted his weight, and sighed once more. His fingers ached. He rested his musket on the desk and flung his body round, hurling three blades at the woman’s neck. None of these of course reached her, for by the time Cain had thrown them, she had already shortened the distance between them. Grinning, wildly. She arched her fingers, allowing the ends to blacken into sharp claws. Cain ducked to his right, and lunged his arm forward into her abdomen. Her claws scratched the surface of his skin as she attempted to turn mid air. He went in for another punch, but landed on air as the slim figure dematerialised before him. The room flickered, and the candles went out leaving the three men in darkness. The men in the room swallowed hard, you couldn't see them, but you could hear it. The sound of regret was not a simple one to hide.

The room became silent. ‘I didn't mean it Maria’ whimpered Cain. His eyes squinted as he scanned the darkness for a sign of movement. It was futile. It was not that it was too dark to see her, it was that she simply wasn't there. The hair on the nape of his neck rose again, and he turned towards the stocky figure at the entrance. He could run.

He hesitated at this though, and a cold gust of wind stroked his jaw. He felt his feet grow cold, and then his fingertips. He took steps towards the door, his vision blurring. Slowly, his chest grew cold and spread into his shoulders. ‘Forgive me, Ma’am.’ He could no longer hear Rich muttering nonsense and covering his eyes, insisting that this wasn’t something he expected to happen. Cain staggered further, his hands searching the darkness. The iciness reached his temples, it spread into his cheeks, and he fell.