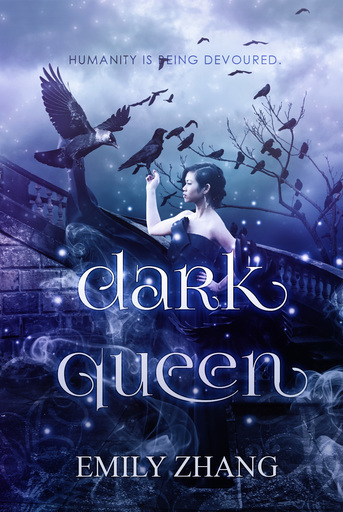 Zora was a only little girl when her mother raked out her left eye. A mauled princess, she is alive only because of her political potential. In a world where misogyny reigns, there is little she can do about her situation. When Zora comes of age, she decides to take matters into her own hands, and plots the murders of her father and eldest brother. Unfortunately, the plan fails, and she is cast into the dungeons to await execution. Jurauk likes to eat people. His favorite part is the neck. Sadly, humans are getting a little scarce. Being the second heir of the mythical race of Nefari, it's his job to find the tastiest morsel and bring it...

41 Reads
4 Favorites
Get the App

When Zora was a little girl, her mother stroked her hair as they sat by the hearth, away from the prying eyes of her father and brothers. Zora was only four, still small enough to be seated comfortably in her mother’s lap. Fourth Queen Estilda murmured a soft lullaby in her daughter’s ear as she gently ran her fingers through her long, dark tresses.

They often did this late at night whenever the King grew tired of watching the women in their swirling gowns. He sent some to their rooms, and others to his own bedchambers, always complaining that “They’ll never bear me another son!” When they were sure his stomping footsteps had receded, Zora and her mother snuck into the sitting room and set up a crackling fire.

Estilda paused her humming, tucking a strand of black hair behind Zora’s ear. “Dorogaya, what story do you wish to hear tonight?”

Eagerly, Zora kicked her legs up and down. “Mama, may I hear the story of how you and Father fell in love?” The little girl had been waiting ages to ask, for as of late, her mother and the King had been arguing much more. Now, Estilda seemed more at ease, but at the mention of the King, her lips thinned.

“Dorogaya, perhaps another tale tonight. We are not in love. I do not wish to speak of His Majesty, and you should address him properly even if he’s not here.” At her mother’s sharp tone, Zora’s small mouth turned downward.

“But Mama, you are married to him, and I am his child. Why is it that I cannot call him ‘Father’? Pyter and Gregori say that all the time!”

At her innocent words, Estilda’s face softened. “No, my dear child. You may not. In this era, the world holds no respect for her women. This country is led by men, and will only bow down to men. Zora, dorogaya, you were unfortunate enough to be born with a set of breasts. There’s nothing we can do about it.”

Zora was still too young to notice the growing gravitas in her mother’s tone. “Well, Etharia will change if I take power! Father must understand that women are just as competent as men. We can be just as successful! You too, Mama. When I grow up, I’ll make new rules and –”

A sharp blow was delivered to the side of Zora’s face. With a cry, she toppled off her mother’s lap and onto the soft carpet. Her cheek stung. Tears sprung to her eyes as she gazed up. “Mama, why did you hit me?” she whispered. Zora had only been hit by the King. Never her mother, the woman who adored her as if she were life itself.

Estilda was standing up, breathing heavily. Her hand was still outstretched; her palm was rapidly growing red. Zora couldn’t tell if it were just her cheek on fire, or her entire body since it became uncomfortably warm.

Her mother bent down and yanked Zora up by the front of her dress. Estilda’s face was twisted in an ugly grimace as she raised Zora even higher. Zora kicked frantically to no avail. “Mama!” she gasped, growing more and more frightened. “Please, put me down! I am sorry if I’ve upset you. My apologies!”

A crazed aura had taken over Estilda. All the words she’d kept bottled up were uncorked and flowing out in a never-ending torrent. “You really amaze me, moya doch’. Perhaps all these years of pampering you have turned me soft. It’s time you learned your place. Women are trash in Etharia and other countries. We are nothing compared to men. You are supposed to grovel at your brothers’ feet, and even offer your life should His Majesty demand it.”

“That’s not fair,” choked out Zora, but Estilda continued raging.

“My precious daughters are only meant to be pawns, married off to create or strengthen alliances. Only the princes may lay a claim to the throne. You? You’ll never stand a chance.” With fury, Estilda spat into the fireplace. The flames crackled louder.

The glazed look lifted from her eyes, and with surprise, she dropped Zora. By now, the little girl was bawling quietly, tears and snot streaming from her eyes and nose. Something salty dripped onto Estilda’s lips. She too was crying. As she reached for her daughter, Zora scrambled backward until she hit the wall and could go no further.

“Stay away!” she shrieked, trying to press herself into the stones. “Begone, Mama!” Her voice broke into sobs. Estilda stood by the fire for a long moment. Then she fell to her knees and drew in Zora. She felt Zora’s tears soaking the front of her dress.

Zora didn’t pull away and cried even harder. Estilda’s trembling hand rose to stroke her hair. “Oh, moya doch’, I am so sorry. I should never have hit you. You don’t deserve this. I can’t let you be married off to a foreigner and live a life of grim solitude. You should not be looked down upon simply because you’re a woman.”

Zora sniffled. “Mama, it’s alright. You have no need to feel sorry for me. What happens will happen. It’s not your fault.” But her mother was no longer listening. Her eyes had taken on a distant look, as if she were gazing at the stars.

Estilda was already far gone. Her voice had diminished to merely a whisper. “I must not let it happen. I must find a way to prevent it. I must stop them!”

The child threw herself away, terror filling her veins once more. Estilda grappled for Zora’s arm. Her frantic whispers rose in a crescendo to hysterical shrieks. “Do not worry, dorogaya! They shan’t have you!” Estilda pounced upon Zora, pinning the young girl to the floor. Zora thrashed and flailed, too terrified to even shout.

The last thing she saw was her mother’s long, cherry-red fingernails reaching for her left eye.

The next thing she knew, her entire face was ablaze with agony. Zora screamed in anguish as her mother mauled her, fingernails scraping against the torn flesh of her eye and cheek. Then the darkness grasped Zora’s arms and wrenched her beneath the waves of unconsciousness.