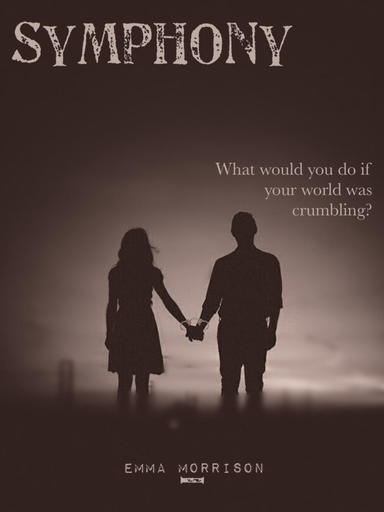 What would you do if you and everyone you love were in danger? What would you do if your world was crumbling at your fingertips? Cameron, Eleanor, and their trusty hacker assistant Sara embark on a journey to escape the UK to get medical assistance before they become the next victims. 5 Years ago, Pyro-5 was introduced, a small chip implanted in the left wrist. This small chip somehow managed to turn their world upside down for good.

14 Reads
3 Favorites
Get the App

I slip my hand into hers and feel the surge of energy as our hands desperately link. Her lifeless eyes stare back at me begging, screaming for love. She whimpers taking her last breath as her small, weak fragile hand slips from mine. I suck in a breath from the thick, filthy air and stand up. I can't stall, I need to help the others before I die. May she finally rest.

Pyro-5, the small chips that somehow managed to turn the world from bad to worse. They were first introduced for men but they became so popular that soon enough men turned to women, women turned to children, and soon enough everyone was implanted with Pyro-5 on their left wrists. All of this because of a stupid problem complained about by a rich bastard and his wealthy family. He's dead.

A year ago a glitch disrupted someone's Pyro-5 causing them to be poisoned by a fluid that had exited out of their Pyro-5. This gave the victim predictably 11 and a half days to live. it's been 11 and a half days since I cut the chip out of my wrist. Of course, that doesn't mean I'll still survive from this horror-based reality.

I look around at all the lifeless body's laying around me, lost. I flinch as I nearly trip over a boys body, I study him noticing his familiar eyes. "Leo..." a sharp intake of breath. I look away quickly, feeling the guilt arise in me. I nearly jump out of my skin when I hear a familiar thumping. I turn to see Cameron, my partner in crime looking at me with his intent blue eyes.

I sigh. "What now?" He looks thoughtful for a moment then speaks "it's got her." I look down hoping that those three simple yet dreadful words just hadn't escaped from his mouth. Before I even start crying he pulls me into an embrace. His blonde hair falling over his face. I stiffen and he instantly let's go, sensing the awkwardness arise.

"Why'd you kill her?" I shriek at him punching him in the chest. He stands there taking the punches guiltily.

"She tried to light me on fire Eli!" My name echoes messily in the painful silence- It's nicknamed Pyro-5 because there are some side effects including insanity and the need to light others on fire.  -"Why Sara though, why her out of everyone!" I screamed into the silence, cutting it like a knife.

He grabs me, holding me against his chest so I don't punch him again. "Eleanor, calm down. I had to because she... I couldn't control her, I mean it was scary." You said running your fingers through your golden hair with your free hand. I sigh sadly, looking down at my dirt-caked fingernails. Out of nowhere my vision clouds and I stumble into Cal's arms gasping for air.

"Eli!" He grabs my face in his hands and screams. I fall to the ground with a thump, a cloud of dust arising around me. Hands grasp my elbows and waist pulling me back into reality. I notice a familiar face seconds before I am pulled into a hug. "Eli, I thought I lost you!" Raina sobs into my shoulder. I stiffen, confused. "I... Sara, where is-"

Raina interrupts pulling back from our embrace "Shh, Sara's resting. Her time has come, you need to calm down." I nod taking in my surroundings. I find myself in a room with Cameron and Raina. I stand up from my sitting position. "They found us!" I shriek noting the windowless walls and a bolted door in the corner. I run into the wall kicking it. I attempt to shout again but my screaming and shouting is muffled by a hand around my mouth. "You need to calm down Eli. We have not been taken, this is where Sara has been hiding out." He says trying to comfort me.

This is where things get a teeny-bit too far. After people started getting affected there had been cases of insanity and the population had dropped by 10,000 over a week, the government started taking people under permanent surveillance. Known as simply the "Taken." The Taken were looked apon for 5 days then killed if not improved.

Of course that was a lie, about 2 years ago at midnight I went downstairs after hearing a loud thump then spotted my mother laying life less on the ground under, presumably a man, though I could not tell under their black mask and clothing. That's when I found Cameron and Raina. Raina, a master in hacking and karate and Cameron, simply my best-friend since pre-school.

My eyes flick from Cam to Raina suspiciously. "I swear to god if-"

Cam laughs interrupting me "Eli, it's okay we're not with them. You just had a wave of nausea. Probably after seeing all those people..." his face flickers with disgust and guilt. I catch his eyes and force my mouth into a tight smile. "Cam it's not our fault, we did all we could to stop them... there's still time to get out of here. There's no point in trying to save anyone else, it's too late for that."

Can you guys please give me some feedback in the comments? That would be nice. Thanks!