In a world where human fate is decided by the Fates - Clotho, Lachesis and Atropos - what they can't control are the mysterious words that appear on a mortal shortly after birth. Lachesis, the second Sister, attends the birth of Penelope to measure out the thread of her life, and continues to run into this mystery girl over the course of many years. Penelope guards her fated words from the world, except the one ageless woman she seems to meet throughout her life. She has no idea where this woman comes from, but, somehow, Penelope knows that this woman means her no harm.

The fluorescent lights buzzed overhead in the maternity ward.  Another child was being brought into this world; a world that I would consider to be more painful to the mortals that inhabited it than the last one I lived in.  At least, there, the mortals could live their lives believing that they had found the one soul that completed their own.  Here, the mortals lived in a state of constant doubt on this matter, for within moments of their birth, a series of words appears on their flesh.

My Sisters, Clotho and Atropos, are not ones to visit the scenes of birth, so I, Lachesis, am sent to make sure each babe's life thread is measured appropriately for his or her life span, for I am the second Sister of the Fates.  After the destruction of the previous realm of mortals, my Sisters and I, along with many other immortal and near-immortal beings found ourselves here in this world.  The mortals here seem to be quite similar to the Old World, save the writing upon their skin.

The mother screamed in pain behind the closed door of the ward, but I have no issues slipping past mortal barriers.  The woman in the bed was slick with sweat, her dark tresses plastered to her face.  Her husband held her hand, urging her to push.  Doctors and nurses crowded around the woman, waiting to catch the infant once it found its way into the world.

I've always found this process of birth fascinating.  Clotho assumes that it is a side effect of my job, but she prefers the creation of life and the activities that surround it to be much more to her liking.

A tiny head came out of the woman, followed by two tiny arms, a tiny body, tiny legs, and tiny feet tipped with tiny toes.  The infant, named Penelope Mina, screamed as she was cleaned, swaddled, and handed back to her mother.  After a moment, she hushed and nuzzled into her mother's chest.

"She's perfect, Behnam," the woman cooed.  The fateful words would soon appear on her daughter's flesh, marring the beautiful cafe-au-lait complexion of the newborn.  The woman - now mother - gently stroked the wisp of black hair upon her daughter's head.  The doctor in the room was busy filling out Penelope's birth weight and delivery time on her chart; too busy to notice the faint apparition of words that had started to form at the base of the infant's neck.

The woman was too concerned with the apparition of her daughter's words to notice that her husband's face had turned as white as the sheets of the bed in which she lay.  Behnam unrolled the left sleeve of his shirt, exposing the black words scrawled across his forearm.  They read: "She's perfect, Behnam."

He knew what would happen next.  His wife, his beautiful wife, had spoken her last words.

For in this realm, the mysterious black words that appeared on a person shortly after birth were the last words to be spoken by your one true soulmate.

The woman glanced at her husband to ask what he could see appearing on their daughter's skin.  But looking into his tear-filled eyes, she knew.  That's when the alarms on the heart monitor started wailing.  But, it was too late. 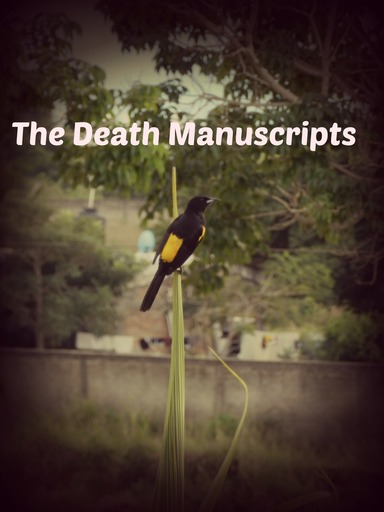 The Suicide Survivor's Group - or SSG for short - meets up every other Friday afternoon to talk about recovery and how to become functional members of society once again. However, Dr. Dean Connelly, head doctor at the Ponderosa Institute for Mental Illness, has the SSG at the institution for reasons they don't quite understand. Meet Holly, Greer, Lizbeth, Justin, Kennedy, Ari, Sarah, Beth, Jay, Moira, Dani, Eren, Ava and Alastair. They're all 21 or younger, with one or multiple attempts already. They've been labelled by society as suiciders - those who have made or are going to make an attempt on their lives. They all have their...