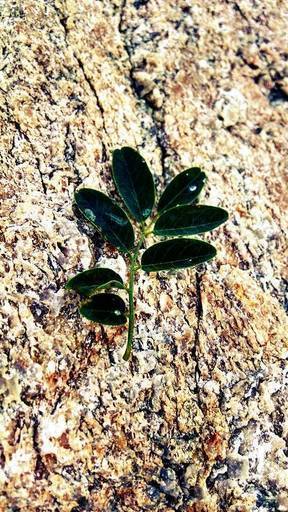 Short stories I wrote during NaNoWriMo.

I don't remember waking up here.

I don't even remember waking up, nor falling asleep. It's like my mind just snapped into this reality. It's impossibly bright this…whatever this is. My eyes were hurting. I half squinted my eyes and bumble around until I feel my shoe slap something hard. I look down and through my diminished vision to see crumbled concrete. Concrete? I get my bearings upon the cracked concrete and began walking.

After a while, the blinding light began to fade and I saw a foggy city. Skeletons of rusty buildings stood out, red against the wispy clouds and white sky; as if some giant had gashed the sky and left it bleeding. The sidewalk, it seemed, was decaying badly and riddled with stray growing plants. Dandelions and other pests were growing up through the cracks and under fences that I passed. The fog seemed to dissipate the further I got into the city of rust.

I turned once down an alley and instantly it was gone. This side seemed to brim with life and bustling people. They all walked by so quickly, jabbering into cell phones or to their friends, carrying suitcases or expensive looking shopping bags. I walked up to one of the people walking by, a slim woman with flowing hair and a pretty smile, to ask where I was. As soon as my hand touched her, her body halted and fell over in a heap, like a little doll. I reached down and gently touched her. Instead of skin, I felt what seemed to be burlap. I looked closely at her face- little glass eyes, a stitched on mouth, grains of sand fell out between the stitches.

I was perplexed. How could this woman have been walking just a moment ago and suddenly now…be a doll? People were still busying about, completely ignorant of the crumpled woman in front of me. I looked closely at them, noticing for the first time the same glossy eyes and burlap skin. I felt very uncomfortable all of sudden, felt very aware and scared of my situation.

Who or what were these people?

Are they even people?

I reached out and touched another one, who also promptly fell to the ground in a crumbled heap of burlap and sand. Once again, they all passed by without a glance. They all seemed too focused on going to some destination at the end of the street. They were all walking in straight lines, chatting - or rather, making garbled noises that merely sounded like a chat- into cell phones, streaming past with their cases and shopping bags toward the end. I stood up, placing the once was a woman back onto the ground and molded myself into the group of these strange beings. I followed them down this street till we came to a large town center, where they positioned themselves all along a building with a large lookout.

I shoved my way through the crowd, each falling as I touched them, and stood myself in the small space between the buildings. A small, stocky man came out to the balcony and looked over all these odd creatures. He seemed to do a 'tsk tsk' then disappeared again. He later appeared again, going from person to person, inspecting each one. He'd produce a string and thread and stitch one up every now and then. He'd take out a cloth and wipe off the eyes and dribble a little more sand inside. He did this to every single one. The strange little man finished stitching up his burlap people and went back into the building, his long coat tails swishing behind him. The people stand there like storefront mannequins. Their glassy eyes all staring straight ahead of them, never blinking. Their little hands holding the shopping bags and briefcases hung lifelessly at their sides. Lifelessly. That's a funny word to describe these people, were they even alive? Are they some kind of robotic marionette? Had I walked into some abandoned amusement park? Though, I'm not sure what kind of amusement park would have a busy New York City like theme.

I crawled out of my hiding spot slowly, aware that the little man might be watching me. I don't know why, but he slightly scared me. I moved around the burlap people, scared to touch any of them. After the one burlap woman crumbled on me, I was afraid of that happening again. I was curious, however, as to what was in their bags. I carefully uncurled one of the bags out from a hand, using a stick as my tool. The bag was heavy and had a very odd smell. Pulling out the brightly colored gift paper I found….what looked like a moldy little animal. I felt bile force it's way up into my throat. It took all my energy to keep it down. I could feel its glassy eyes watching me, its cold glare staring me down. I know felt it was angry that I discovered what was in its little bag. I sat the little animal back inside the bag gently and tried to scurry away. Before I could even get my feet to cooperate I felt something hard hit against the back of my head. Thwack! I felt the bluntness and the pain shoot throughout my neck and down my spine. My vision wobbled and began to darken, little white splotches danced in front like candle flames bending against a breeze.

I felt the cool pavement on my face, my vision getting ever darker. The only thing I could see now was the white bulbs. They began to slowly fade out, too. My little stars were slowly becoming consumed by the increasing….

I woke up, feeling something prod against my face. It was a metal tray, a few plastic cups with funny colored objects at the bottom, and another filled with water. A squat, badly balding, old woman in a splattered smock stood in my view holding the tray. “Pill time.” her scratchy voice told me. Her voice felt to my ears like the burlap people felt to my hands. Burlap people.

Had they taken me? Was I now their hostage?

This woman looked plump and squishy, her skin a nasty grey with musty yellowing fingertips. She didn't look at all like the burlap people. Her eyes weren't glassy, but dull and ringed in dark purple bruises. The burlap people were nice and polished, looking like perfect little dolls. This woman had frizzled unruly hair and dirty clothing. She stank of stale piss and vomit. This entire room stank of this woman, it seemed to pour from the fabric walls.

She knelt down in front of me, reaching the cup toward my face. I quickly turned it away, scrunching my face up from her putrid smell. She forced my face to look at her, pinching my nose so I had to open my mouth. With my mouth quickly opened to take a deep breath, she dumped the contents of the cup into my mouth and chased it down with the water. I choked momentarily and gasped. I could feel capsules slide down my throat. The foul-smelling woman let go of me and stands back up.

“They aren't real. You're delusional,” she says to me in her rough voice. I hadn't realized I had spoken aloud. “Your family placed you here after they found you wandering the abandoned doll factory. Just sit back and let the pills work.” She left after that, I was alone again. My eyes felt heavy, my vision fuzzy. The darkness came sweeping back, but there were no little white balls of light.

It took us three days before we started seeing shapes in the fog.

At first, it started out as murky shapes, objects that were just fuzzy enough that they barely caught the eye. Everyone thought it was strange, but then again, heavy fog wasn't anything new. We were often subjected to weeks of overcast weather. It wasn't until the shapes started becoming clear that we all began to worry.

The first instance that something was strange came when the stray animal population began getting higher. There was always an abundance of kittens and dogs running around; often times people would just dump a litter and run. But these animals were...off. They were wispy and faint, they shook with the wind, and their eyes were flat, milked over and glossy. They'd dash in front of the moving cars to give drivers a fright before dissipating once hit. Many people started complaining about these phantom animals. If only it stayed at the strays.

The incidents after that became stranger. You'd see your neighbor at the grocery store, greet them, then go home and find them tending to the garden and insist they never saw you till just now. The new shapes weren't like the animals. They were a lot more visible, they didn't move with the breeze and they weren't as translucent. The only difference between them and the normal people was the fact they were wet to the touch, like steam on a window. As long as you didn't touch them you couldn't tell the difference. They started moving into the neighborhood rather fast. You'd spot them at the stores, picking up their "children" from the schools, mowing lawns. They were almost completely indistinguishable. Many of my neighbors left out of fear. I didn't blame them.

On the third day was when the shapes became clearer. The animals became a lot more sturdy, the people lost their wet touch. They were real now. The creatures born of the fog. It didn't bother me much, it's not like my life was any different with these things around. I still went to my job, picked up what I needed from the stores, was a careful driver to avoid hitting the abundant strays. I had my wife and children to return home to daily so it's not like I was overly affected.

I unlocked my front door to be greeted by my wife, but I was already sitting on the sofa.

He turned to look at me before getting up and waving his hand at me. My body quickly faded away into the breeze.

No wonder the fog wasn't unusual to me.