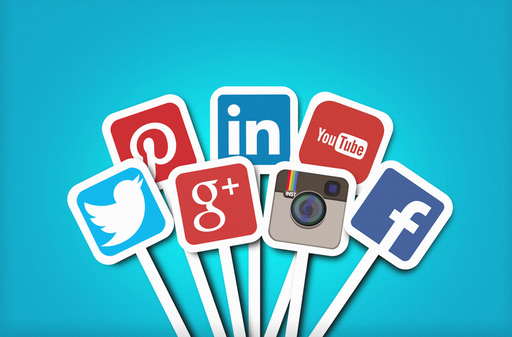 The article discusses the modern populations’ turn towards social media (internet-enhanced) for information and news coverage. No topic gained more attention, than the dynamic and gradual rise of social media in American. This is a tool/ avenue of news dissemination and has a big potential impact on news coverage in general. This stems from a finding by the Pew Research Center, which claims that if news searching was the most imperative development of the past decade, then the sharing of news is amongst most potential arenas of the next (current) decade. This was from a report (May 2011) by the aforementioned center, including the analysis of online (American) news behavior termed Navigating News Online.

In the contemporary world, the social media sites, Facebook, and Twitter to a lesser extent – currently dominate the existent intersection between general news occurrence and social media use. The aforementioned report’s Digital chapter quotes an eMarketer report, which referred to Facebook’s current active membership being approximately 133 million individuals in the USA alone, as dated at the end of 2011. Active users are those defined as utilizing/ interacting with Facebook’s contents at a minimum level of once per month utility. This stickiness or popularity generally portrays the degree to which Facebook users spend time interacting, with statistical indications portraying a 423 minutes individual utility of the site in the month of December in the USA. Contrasting would be a PEJ analysis of Nielsen Net View, where the average period spent at 12 minutes on a top 25-news network sites per month was determined.

The great potential and dynamic nature of contemporary news viewers is due to the fact that they are more inclined towards internet use for information search and general viewership. Furtherance is the fact that a majority of these news sites, with the exception of Google News, often draw their traffic from the aforementioned social site. In 2011, the site’s overall potential has greatly increased due to the enhancement of its news element with such developments as Social Reader. It allows users to not only follow, but also read and consequently share existent news without leaving the site. Thus, a recent survey, as part of the annual State of the News Media Report, studied the aspect of news consumption and resultant habits on existent variants of digital devices. The aspect of how this existent segment of news consumers used their preferred social media platforms was also included.

Broader findings explore the utility of social media, especially towards news consumption and dissemination. These explore not only consumer behavior, especially comparing Facebook with Twitter, but also the extent to which such social media platforms are utilized towards accessing such news, in addition to who this social news media consumer-category entails. Consequently, it is a vivid fact that both the aforementioned platforms are contemporary pathways to news consumption and dissemination. However, the overall utility of the above, especially towards news consumption, pertains to a still relatively small population. Furtherance is the fact that apart from such forums, even the heavy users do go directly to other pertinent websites, in addition to using various applications for searching existent news.

Additionally the article “Social Media Users must be Responsible, Say Experts” is an excerpt on the overall concern emanating as a result of the general utility of the Internet as a means of passing and accessing information, data and news in general. Pertinent to the above issue is the contemporary utility of social media, which necessitates social media users to be careful and responsible in using such platforms, in addition to what they post online. This is rooted in the fact that just as journalism involves writing about factual matters, with basic underlying principles, so does social media. It has been noted that various individuals do feel less responsible while on such sites; though there is a need to understand that content that is posted on either Twitter or Facebook was and is still liable for action taken legally.

With the utility of the Internet, especially through social media, the global arena has become increasingly open towards sharing of both information and general opinions. Thus, this has given rise to greater freedom of speech, which, unfortunately, has become more and more misused in the general society. The freedom of speech does not allow abusing itself, like in the cases where certain lines are crossed. As Chris Tock, a social entrepreneur commented, the detaining of a woman for her alleged insulting Sultan Yang di-Pertuan Shah while (of Malaysia) on Facebook just goes to portray the level at which this unfortunate trend is increasingly becoming endemic in contemporary society. Though we currently exist in a digitized developed world, it is fundamental to note that America is a nation, where respect is expected in all activities and actions one engages in.

The aforementioned case on an online insult case against the Sultan goes a great way towards portraying the immaturity and carelessness of such social site users. Whether or not such comments were seditious, the above case scenario raises various pertinent questions concerning the fundamental rights and freedom of speech. In the case, she is being charged under Malaysia’s Communications and Multimedia Act (1998) Section 233 in addition to her potential charging under 1948’s Sedition Act. While she may have intended such information for her friends amongst others, the great reaction it received enhances the nature of future social relations as pertaining to such platforms utility.

Facebook and Twitter do indeed function differently in terms of both where existent news links emanate from, in addition to the degree that various individuals believe in encountering news agenda in relation to that encountered from elsewhere. Twitter users do stand out the most, because news links do emanate from a wider variety of friends and family, in addition to news organizations. With Facebook, users mainly get news from either family or friends – information easily available elsewhere if the platform did not exist. Twitter users are of the view that such kind of news is not always available elsewhere, hence the platform is necessary for news dissemination.

Statistics of the low consumption of news via that aforementioned two social sites is majorly influenced by the fact that overall, only about 9% of digital news consumers follow news agenda recommended on the two sites. This is in comparison to about 36% of users who get such important information from directly logging into news organizations sites from various devices. This may be influenced by the fact that there currently exists no primary digital device of utility towards Social Media News dissemination, with news consumers often relying on recommendations for such news. The above scenario may be due to the fact that such sites are additional avenue towards such news dissemination, as opposed to being core sources of news; hence, a replacement for news source.

The generally held view is that such social media’s news is often perceived as replaceable, with such information being available elsewhere. Mobility also heavily affects overall news dissemination, with Twitter users being most mobile and hence reliant on smartphones than their counterparts on Facebook. Additionally, Twitter users tend to be younger and hence perceptive, in addition to being highly educated, as well as standing out demographically. Recent devents in the USA, such as the various school shootings, the 2012 Presidential Elections, as well as the Boston Marathon bombing amongst other major news items were broadcasted through news networks such as Fox News and CNN first before gaining momentum in various network sites.

In such a way, social sites required internet connectivity, and if on the go, various mobile gadgets as opposed to television sets, through which a majority of American folks got such news through. Some of the news retrieved through social media, though being valid, may entail some misinformation and misconception, as such information is framed according to those who disseminate it. The reliability of such information is not necessarily 100% reliable, as personal views and perspectives are often intertwined with such news dissemination, hence shaping variety of views among those who interact using such platforms. While information may be passed on with little intention of causing social harm, it is the resultant views and perspectives of such news that may inadvertently affect overall social cohesion, as exemplified with the aforementioned case of insult of Malaysia’s Sultan.

The greater population of Malaysia was greatly angered by this insult on their nation’s Royal Family, eventually necessitating an official apology by the involved woman’s firm. This inadvertently goes towards displaying social media’s overall impact on people, shaped by the different views of various individuals, hence either negatively or positively affecting views/ perceptions as well as resultant interactivity. Accordingly, Mitch Joel, an expert on social media trends, is of the opinion that in the near future, people will stop viewing media as just a social platform for interaction, and instead start viewing such media as either passive or active components of greater social life.

This will occur in two succeeding stages, namely, the change in attitude of consumer interaction from passive to active, followed by the second stage, which will entail the creation of attractive brands that directly interact with consumers on a more active status/ level. This will necessitate a greater optimization of content creation, with marketing entities further embracing social media platforms as the gateway towards future consumer interactivity. To conclude, social media with its growth and reach is only expected to expand and hence, affect the general population greatly.

Grace Hudditon is a professional writer at writing elites. She specializes on academic writing. Her most researches are deicated to the analysis of social meadia and modern technologies.