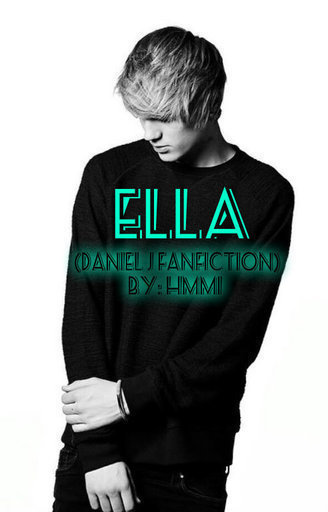 Isabelle "Ella" Heinstead is moving back to London, England, after 11 years in the U.S.A. Usually, she'd be upset that she has to leave her previous life behind, but not this time. She's excited to go back, if only to see her childhood friend, Daniel. Who knows what will happen when they're reunited?

81 Reads
1 Favorite
Get the App

It’s been almost 11 years since we moved from our cozy little home in the northern half of London to the United States. My father lost his job and had to find a new one elsewhere. I honestly can’t believe we’re going back. I have to admit, I’ll miss the great food and air conditioning, but I’m happy to see England again. It was beautiful: the rolling hills of the less populated areas and the antique buildings of the more populated ones. The images are kind of blurry, but I never will forget them.

Of course, I’ll miss my friends- especially Amy and Zach. I met the crazy duo in elementary, and ever since we've been known as "The Three Misfiteers." It's like the three musketeers, but with misfits instead. We never were very popular, but we made due with what we had. We're like family, so I'm sure we’ll keep in touch.

I’ve heard that Mrs. Baker still lives in that little cottage down the road from our old house. She used to watch me while my parents were at work. I can remember sitting on the kitchen counter eating the freshly baked cookies that I helped make. She’s the sweetest old lady I’ve ever met. Don’t even get me started on Oscar, her old, fat tabby cat. Sure, he was a grump, but we had the best of times together. You don't know what love is until you find a cat that will let you pull on its tail and not claw your eyes out.

However, despite the serenity of the landscape, history of the cities,  and old babysitters, there is one thing I’d like to see again more than anything else. Well, one person. Daniel John. My first best friend. We met when we were two, and had three glorious years together until we moved. I haven’t seen him since we parted, but Mother told me he still lives in the house across the street from our old one. I wonder if he remembers me. I know he said he would, but we were only five. A lot of things have changed since then. I guess I'll find out when we get there...

Setting my phone down, I opened up my laptop and waited for the usual notification of a Skype call that will soon become all too familiar. It doesn't take long before Amy's rusty orange hair and emerald green eyes adorn my computer screen.

"Hey, Ella! You packing?" she asks, noticing the mostly bare room. All that is left in it is a single black suitcase, open and sitting on the floor among the remaining objects that are sprawled across the carpet. I sigh.

"Yea. I still can't believe this is happening," I say, glancing around the little bedroom I've come to know very well over the course of my life.

"I know," she says sadly, "I can't either. What will Zach and I do without you?"

"Umm... Date and start a happy family?" I ask jokingly.

"Ew, no! He's like my brother!" she exclaims, her face scrunching up in disgust.

Sticking my tongue out, I respond, "I know! I'm only trying to lighten the mood." Looking away from the computer screen and back to the war zone that is my bedroom floor, I decide it'd probably be best to continue packing.

"I much rather date one of those hot British guys," she says, "Speaking of which: you'll tell me all about the ones you meet, right?"

"Of course," I say, shaking my head and throwing a hat into the bag. Amy is silent for a moment before she speaks again.

"If Daniel is hot, can you introduce us?" she asks innocently.

"I'll introduce you, but I can't promise much else."

I yawn, opening my eyes. For a moment I'm confused; I don't know where I am or how I got here. Then it all comes rushing back to me: the plane ride, the drive across London, dragging what luggage we didn't send in the mail into the two-story, brick building, and falling asleep on the wood flooring of my new room... It's a pity we couldn't buy the home we lived in when I was little, but it is just kitty-corner from this one, and that is enough to cause a wave of emotions to pass over me.

It looks almost exactly the same. Whoever bought it must have been taking good care of it all these years. I would be able to see it clearly through my window if it weren't for the similar brick house next door. It looks to be laid out almost identically to the building I'm in. There is even a window directly across from mine. This house is located so close to my own, that if someone stuck their arm out of that window, and I did the same, we would be touching. I can even hear the music being played from inside when both of the windows are shut. It's such a familiar little house... Oh. How could I be so stupid? That's Daniel's house! I've been there so many times as a toddler. Mr. and Mrs. John's room is located on the right side of the building, and Daniel and his sister Kaylee's rooms are on the left. That being said, this house is located to the right of theirs, making the left side of their hou- Oh. The entire time that I was lost in my own little world I didn't realize the blonde waving at me from the window opposite mine. I really have to start paying attention. He opens his window, and I follow his lead.

"Daniel," I cut him off and stare wide-eyed at him. I really shouldn't, though. It's only making me look like more of a freak than I already appear.

"Yea... Did your parents tell you my name? They were over here this morning..."

"Umm..." he left the window for a moment, his blonde mop popping back into view not too long after. "It's two-thirty."

"What? Did I really sleep in that late?"

"Well, you are from America, aren't you? Jetlag is an arse," he smiles. Aww, he has dimples! "What's your name?"

"Isabelle, but you can call me Ella," I smile politely. He must not recognize me.

"We have! We were best friends, remember?" Daniel looked at me, shaking his head sadly.

"Sorry... I have a horrible memory," he looks back into the room before returning his gaze to me. "I have to go, but it was great meeting you," he shuts the window and closes the curtains.

He doesn't remember me. 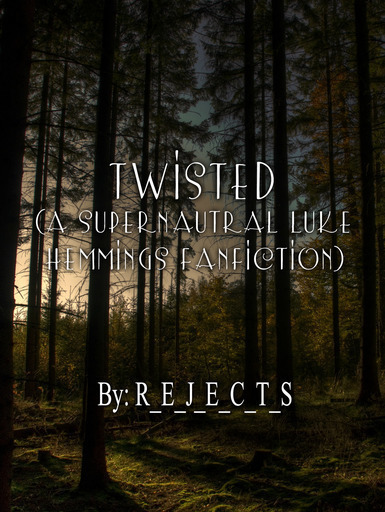 If you are given the chance to be with your loved one, would you take it? Or would you lose them to set things right?