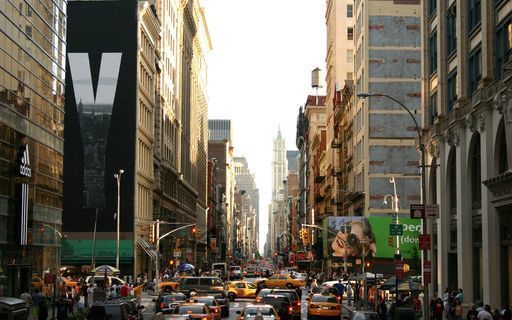 A few hours can mean a world of difference.

37 Reads
1 Favorite
Get the App

If there was one universal truth, it was the fact that Olivia Martinez talked a lot. She talked fast, and often, and could put just about any auctioneer out of business if she wanted to. The blonde didn't have a ton of things to actually say, but that usually didn't slow her down. Then she met Katie.

Katie, with the smile that made her nose scrunch and her eyes shine like they were the ones that inspired the stars to show at night. Katie, who Liv had known all of two seconds before she hugged her in an attempt to apologize for stealing her cab when they got in at the same time and Liv waved it off. Katie, whose company Olivia enjoyed more than anybody she could actually hold a conversation with.

Filling awkward silence with unnecessary words had always been a defense mechanism for Olivia but without that, it was like Katie managed to skip her walls and get straight to vulnerable silence and for once, it didn't bother Liv. It didn't seem to bother Katie either. Because instead of spending dates on small talk like the weather, they skipped straight to long looks and coy smiles and knowing how her lips felt before she knew how to say hello.

Realistically, it couldn't last. Even if Olivia had the way Katie played with her hair memorized, even if she'd never felt more at home than when Katie dragged her fingertips along Olivia's palm, even if she wasn't sure she'd ever meet someone that made her heart stutter the way Katie did when she pressed her lips against the curve of Liv's jaw. She couldn't convince herself to wipe away the evidence that Katie was real before she left her.

One day was all they could spend together before they shared their second cab ride, but this time was on the way to the airport and just as quickly as Katie had fumbled into her life, she was gone. Olivia waited, hoping for some ungodly reason that Katie would change her plans. For half an hour, she waited by the door to see Katie through the crowd. She waited to hear that laugh that she knew she would've recognized, even if the airport was so loud she couldn't hear herself think. What did Olivia think would happen? She'd known the girl for twelve hours. This wasn't some romantic comedy where she screamed out Katie's name and she came back.

No. It was over. Maybe that was just how things happened sometimes; the right person, wrong timing. Finally, she dragged herself out of the airport and straight to the street to hail a cab. As she was getting into the car, she just barely noticed the opposite door open and for half a second, she was preparing a long-winded rant about why people keep stealing her taxis and changing her life. That is, until she saw Olivia with that smile. For the third time that day, they shared a cab.